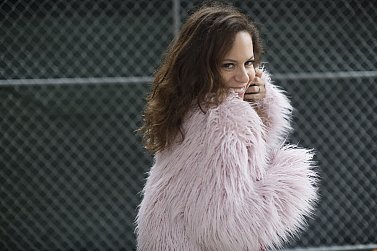 Given her parentage – her father the famous composer/singer/guitarist Jaoa Gilberto and her mother the singer Miucha – it would have been harder for Brazilian bossa nova star Bebel Gilberto not to have become a singer.

She started early enough – as you will see below – and even though her parents separated she spent time with them both as she was growing up. She sang with her mother but when she was with her father Bebel was part of his circle which included Caetano Veloso and Stan Getz.

Based in New York, she appeared on the Red Hot + Rio collection and has a discography of seven studio albums which include featherlight acoustic songs and electronica-based bossa nova.

She is one of Brazil's biggest selling artists internationally and voiced the character Eva in the two Rio animated features.

And she is coming to this year's Taranaki Womad.

Timely then for her to answer our Famous Elsewhere World Music Questionnaire . . .

When I was with my dad, Joao Gilberto, at Carnegie Hall. I was 9.

“Somewhere Over the Rainbow”, “You Are the Sunshine of My Life” and Bob Marley’s “Could You Be Loved.”

On the rooftop of a Chicago club. It was the first time ever I played in Chicago and I was very afraid. Because it was raining and the structure over our heads was leaking, and everything - all of our equipment and the electric wiring and circuitry were getting wet - and yet they insisted we keep playing. I was very worried.

Billie Holiday’s autobiography - Lady Sings the Blues. I read it when I was 14 years old and this book affected me profoundly. She is one of music’s most gifted and soulful human beings and reading about her life story was both haunting and inspiring.

Prince and any of his songs. 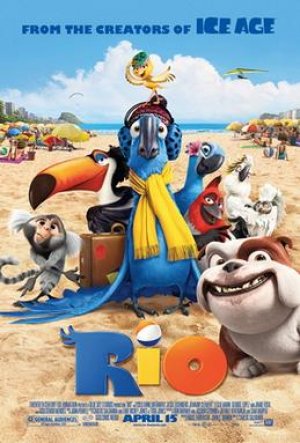 “Women on the Verge of a Nervous Breakdown” (Almodovar), “Jules and Jim” (Truffaut) and “The Hunger” with Catherine Deneuve, David Bowie, and Susan Sarandon.

The artist you most admire would be …

My favorite food to make at home is very clean and simple: Fish, vegetables and a nice arugula salad.

No, I don’t practice every day. I wish. My schedule is always full of different things, so unfortunately the only thing I do everyday is brush my teeth.

Well, I think David Bowie did it very well, so my plan is to follow in his footsteps and try to enjoy the time I have left. Instead of complaining or feeling miserable, it would be great to put as much time and energy into my music and the things that are nourishing and make me happy. And also to make time for the people you love. Because you believe, and I hope he did recognize how wonderful, incredible and unique he was. That people needed him and his art, his new songs and his new thoughts.

I’d like to learn how to record more music on my own, for example in my home and places where I feel comfortable. To not be so dependent on the business structure and “the system”, so that today, for example, I’m in a hotel in Brazil and it would be ideal if I could record a song here and now, you know? To release music in a personal and direct way, without being so dependent on the music “industry”, would be organic and wonderful.