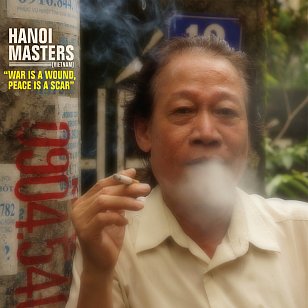 The history of Vietnam in the last half of the 20th century saw appalling division, wars and retributions.

The “American war” was just a part of it. Prior to the American engagement there had been the colonial war against the French and then after the Americans left in '75 there were the terrible things which the victorious north inflicted on those in the south they perceived to have been collaborators.

There were internment and re-education camps, boat people fleeing in waves and then over time some kind of internal rapprochement.

So the title of this album is telling, the scars are still there behind the happy faces, welcoming people and move towards a kind of socialist capitalism to pull in money for the battered economy and Third World state of the country in the Eighties and beyond.

These days there are karaoke bars everywhere and Western pop is a profound influence. Tourism to hotels with infinity pools and cocktail hour is endemic but those who take that holiday route deny themselves the opportunity of finding another Vietnam where the history is barely below the surface.

You don't have to go too far to hear the people's voices in rather more austere settings. As Elsewhere has mentioned previously, I have above my desk a photo of two itinerant musicians – brother and sister in their 40s, him blind and playing a primitive battery-operated electric guitar, her singing her sad songs through a cheap megaphone.

They walked through the village (I was told they were “very poor” by one inhabitant which was barely above the poverty line itself) and sang with such passion the woman was moved to tears. This was no show for tourists – I was the only one there – but for locals, and I was told the songs were of suffering through war, family deaths and poverty. I believe it.

It wasn't easy to listen to – Western ears find the folk style discordant and brittle – but you couldn't pull away.

Similarly with this album recorded in 2014 by Ian Brennan (who brought us early Tinariwen and the Malawi Mouse Boys).

He went to Hanoi and sought out old folks who were veterans of the American War (on the winning side of course although who lived with B52 bombing raids) to record their songs, some traditional and others from the American War era.

There is a palpable feeling of loss and sadness in many of these voices and the simplicity of the instruments – single string “mouth violin”, two string lute, spare percussion – means there is no additional veneer to make the songs more palatable.

The one minute instrumental Please Wait For Me is played on what sounds like extra-terrestrial electric guitar fed through a jaw harp (that's you “mouth violin”) but a song as beautifully simple as the eight minute Taking Your Spirit To The Next World is imbued with an unfathomable sense of sadness and resignation.

The Hanoi Masters – or at least a version of them with accomplished musical director Van-Anh Vo (interviewed here) who has collaborated with the Kronos Quartet – are coming to New Zealand in March for the Taranaki Womad.

What their performance will be like is anyone's guess – quiet, moving, sad would seem reasonable expectations – but this aural document works independent of that.

Elsewhere has a number of stories about Vietnam, the people, places and music among them. Start here (and ignore the band which names itself The Vietnam War!). 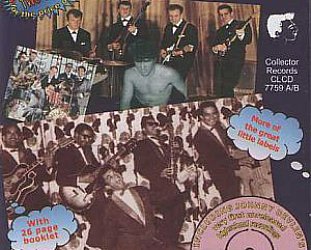 Quite why the Pictones would record an instrumental enticingly titled Hashish back in '62 has long fascinated those who explore the less traveled paths of New Zealand music. But when... > Read more