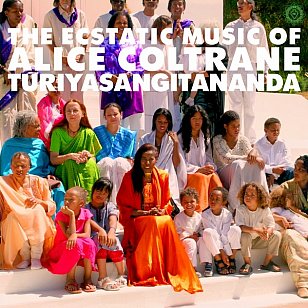 Although well-known in jazz circles for albums such as A Monastic Trio, Ptah the El Daoud, Universal Consciousness and others under her own name on the Impulse label, the pianist-composer Alice Coltrane is perhaps more widely acknowledged as the wife of the legendary John Coltrane with whom she also recorded and performed in the two years before his death in ’67.

Shattered by that – they had only been together four years and had three children, one of them saxophonist-composer Ravi named for Ravi Shankar – and following the spiritual path she and her husband had been on, she suffered something akin to a breakdown and experienced visions. She became a follower of Swami Satchidinananda and in ’72 renounced the secular world, adopted the name Turiyasangitananda and became the spiritual director of an ashram (retreat) near Malibu.

She didn’t entirely turn her back on music however and released a series of tapes of Indian spiritual songs and chants, initially only available to members of the ashram.

Her interest in the emerging possibilities of electronic music meant that while the songs and chants were rooted in tradition (and not just Indian, there are discernable elements of the gospel she grew up with in Detroit in the soaring voices on pieces like Om Rama) they have an astral quality as synths sweep in and the songs achieve something like lift-off . . . almost in a prog-rock way.

This eight song collection draws its music from the four cassettes – long unavailable of course – and here for the first time Coltrane also sang as well as arranged the material.

There is a mesmerizing beauty here (Om Shanti) and deeply soulful singing (Rama Rama, Coltrane on the yearning Keshava Murahara where the synths actually become an intrusive distraction) alongside handclap chants embellished by synths (Rama Guru). And the electronics, sometimes in the foreground as on Hari Narayan, shift these from the past into the future and thw worlds beyond.

For those who have been down this path previously courtesy of the Radha Krishna Temple (funny story here) in the late Sixties, Ravi Shankar’s Chants of India, the more recent Sacred Music of India and other such devotional albums, this will be enjoyably familiar territory . . . albeit with a fascinating overlay of gospel and sweeps of synths.

The 11 minute Journey to Satchinananda is an uplifting instrumental on organ and electronics with choral passages of transcendent intent.

Alice Coltrane returned to the world of jazz in the mid-Nineties to considerable acclaim and her early Impulse catalogue has been reissued. But here for the first time are some of her chants presented together as emblematic of her spiritual journey. 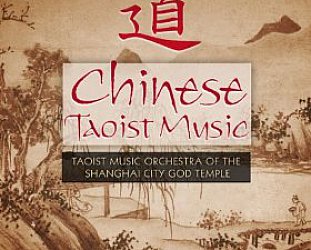