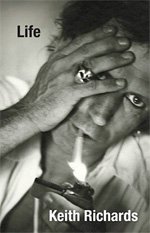 Most reviews of this frequently funny, sometimes insightful and too often rambling autobiography -- Keith + tape recorder + ghost writer Fox -- have concentrated on the obvious: the sniping at Mick Jagger which occurs a little in the first three-quarters but reaches a peak in the final throes where the autobiography/chronological account runs out.

Yes, he says Mick has a small todger, can be annoying and shallow, is a princess, accepted that knighthood and so on.

But along the way he also pays great tribute (most often in passing) to Jagger as a great blues harmonica player, a gifted lyricist, very funny and so on. Comment on that, I guess, makes for less titillation in a review.

Some say this is the best rock autobiography since Dylan's Chronicles (maybe, who can remember many others?) but it is also a book sorely in need of editing: it is repetitious in parts -- and you do wonder if you actually need Keith's recipe for bangers and mash.

It is an odd book too in that Richards not only gets his unmediated say about whatever comes into his head, but that while he attempts to disclaim aspects of his reputation he equally fuels them.

That story in which it was alleged he had his blood changed in Switzerland? He wonders how the media has kept that one going. Well, as he was going to the plane he said "I'm going to have me blood changed" which might explain it. 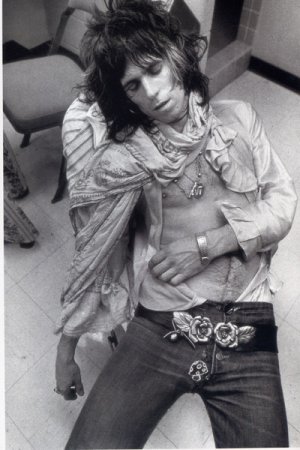 And he wonders how much of part he has played in all the mythology, like that skull ring. Well, it is pretty prominent on the cover so . . .

And as for groupies and on-the-road sex he puts serial-banger Bill Wyman and Jagger in the same category but -- while conceding he's had more than a fair share -- writes of himself as a more caring kind of guy. In fact that is a refrain throughout: I am honest but caring. Except when he conspicuously isn't.

It is the honesty which comes through and makes this an excellent book, although you'd have to say if you've read much about the Stones there are few revelations, just more detail and Keith's insider perspective.

The early chapters of growing up and discovering music are among the best, and family is large in his life. And then again when life gets haywire with busts and they go to France in exile there are hilarious and scary stories about life on the edge of two worlds, music and dealers.

And if Richards has lead a charmed life it is because he has been smart: he gives clear instructions on how to do it if you are going to get into the world of hard drugs, first don't take a full dose after you've gone cold turkey, ease your way back.

But he has also been well connected and surrounded by some of the most powerful and influential lawyers on the planet, people who move in the highest realms of politics. That has helped him escape convictions and even just airport security. The phone call.

The book makes interesting digressions into his deep immersion in various kinds of music, and it does somehow seem natural that the boy from post-war Dartford should become so comfortable in the world of black blues, then country music and latterly reggae. He moves as easily in these circles as Jagger does in high society and that of French intellectuals.

Brian Jones is given short shrift (whinging, pathetic), Bill Wyman barely rates a mentions, the Stones were the late Ian Stewart's band he says (without him it never would have happened), Charlie is Charlie and he loves the man.

In fact he says "I love the man" about a lot of people, living and dead.

And a fascinating cast walks through these pages from those old jazzers in London whose day was done when the Beatles and the Stones arrived, to John Lennon who could never keep up (always taken out horizontal or tottering) to Allen Klein, Marshall Chess, all those women (Linda Keith, Marianne, Ronnie Spector, Anita, groupies, Patti Hansen and many more) to politicians and lawyers. And more lawyers.

It is a fascinating book about an extraordinary life. It is digressive and conversational, contradictory and sometimes tragic. The good life came at a cost and there is quite a high body count. 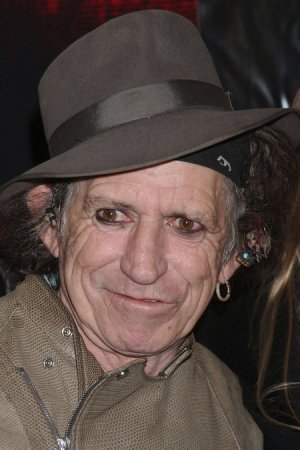 But right at the centre is music and it is when he speaks about the writing of The Last Time and Get Off of My Cloud, through learning open tuning, that great period between Aftermath and Exile, and even some of the later music after that fall out with Jagger was repaired that this book sings off the page.

The size of Jagger's cock seems such a small and petty thing in that greater context.

The heart is in the dissolute, shapeless lifestyle which was always about music -- and allowed that great Stones/Richards music to come through.

Music, he says early on, "was very like a drug. In fact a far bigger drug than smack. I could kick smack; I couldn't kick music".

And Charlie Watts once said it perfectly: There's something about Keith that music likes being around.

He's a lovable rogue, and a musician in every fibre of his battered but road-hardened being.

There is a 2006 interview with Keith Richards here.

Gotta love the man. I wanna read the book. Picked up a copy of 'the wit and wisdom of KR' or some such to read over a coffee in borders one, and read the whole thing.
You've probably seen it- but this clip of Keith and Chuck Berry is kind've amusing.
http://www.youtube.com/watch?v=PEA6gzAAPfc

“No contrition, no twelve steps” said one reviewer. ‘Life’ is a tonic for those tiring of blubbing Monday morning celeb apologies.
Better, Keef is a fair old riffer too.

Yes I have skimmed through it and he seems to be trying to say at times that he is a normal person yet since the age of 19 or so his life has been anything but. Certainly in the last 40 yes he has assumed either a mythical or cartoonish prescence depending on how you feel.It is clear however that this man loves the guitar and that really comes through - the comparison I would draw there is Andy Summers excellent autobiography "One Train Later". That would be the best book of this genre that I have read. The worst are undoubtedly Clapton's and Ronnie's. Barbara Charone's book on Keith written in the early '80s is well worth a read as well as it had contributions from Ian Stewart, Mick Taylor & Charlie. Wouldn't be surprised if Keith's book used some of that.
onni