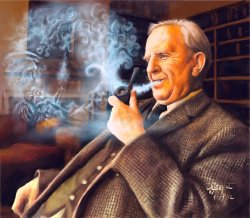 John Ronald Reuel Tolkien wasn't much of a writer -- not in the technical sense of being a stylist anyway. His characters were flat and archetypal, and they often stood for something, rather than just being.

Well, that's what some in the literary establishment believe. They also say he drew the maps in his books to compensate for his lack of literary skills. But as with J.K. Rowling and Enid Blyton, much to the annoyance of the lit-crit crowd -- which found these authors' work trivial and lacking in craft -- it didn't prevent old J.R.R. from being successful.

First, The Lord of the Rings is a quarry of ideas open to interpretation. Secondly, its appeal lies in the marrying of various traditional elements.

It's a quest, it's about good versus evil and it's a fantasy conceived on an epic scale. It's also thrilling and mysterious, possibly allegorical (are the Orcs Nazis?) and, as with the best fantasy fiction, it creates and fully occupies its own space in the imagination of the reader. 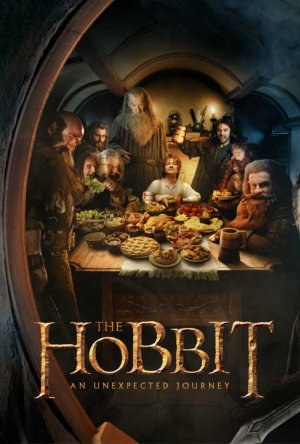 Quite why such a book should have come from a slightly grumpy, mumbling Oxford academic is another matter, yet in all the hoopla surrounding Peter Jackson's blockbusting, award-gobbling trilogy and now The Hobbit (also a trilogy on Jackson's watch), he seems to be the forgotten star.

Tolkien's name is believed to be of German origin. He was born to English parents in South Africa in January 1892, but at 4, after his father's death, the family returned to England.

He grew up in the West Midlands at the conjunction of city and countryside. Interestingly, for a man who quickly revealed a rare skill with languages, he lived for a time near a railway track where trains would run to South Wales' destinations such as Penrhiwceiber and Nantyglo.

Tolkien's mother died when he was 8 and the boys were taken into the care of a half-Welsh, half-Spanish priest, Father Francis Morgan.

By the time he was 10, Tolkien had mastered Greek and Latin (core subjects in school) but also displayed competence in Finnish, and would make up his own languages.

He won a place at Oxford where he studied the classics, Old English and Germanic languages, and during World War I started to shape his interests into stories.

He worked briefly as a lexicographer at the New English Dictionary and then, to his surprise, was accepted as Reader in English Language (equivalent to associate professor) at the University of Leeds in 1920. Five years later he was accepted as a professor of Anglo-Saxon at Oxford.

With a small circle of like-minded academics and writers, which included C.S. Lewis, he developed his private mythology and languages. The turning point came when a student wrote, for no apparent reason, on an examination paper he was marking, "In a hole in the ground there lived a Hobbit".

Tolkien developed the idea and in 1937 The Hobbit, which he had read to his own children, was published. 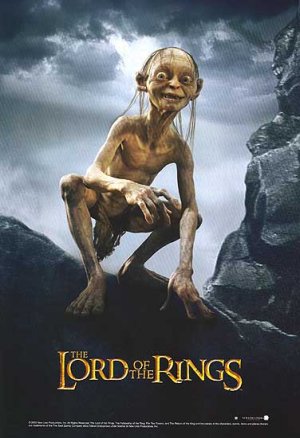 The Lord of the Rings -- which owes something to Wagner's operatic cycle The Ring -- took 16 years to write and was published in 1954 to mixed reviews. Some critics raved (Lewis, W.H. Auden) and others were cool, if not damning.

But as the Sixties rolled around it was picked up by the emerging counter-culture, which saw not just an escapist fantasy but also an alternative society, complete with its own language and codes of conduct.

The book drew on many aspects of Tolkien's life (the woods of his childhood, the languages he had studied, his love of the mysterious past) but he unwittingly became a big business.

There were posters and postcards of his maps, books on his life, scholarly and stupid interpretations of what it all meant, and, of course, adaptations for radio.

It inspired musicians and artists -- writer and producer Ralph Bakshi then developed it for an animated film. Tolkien died in 1973 and in his final years deplored the hippie culture that had adopted him and his Rings trilogy. The Lord of the Rings is "Wagner without the brooding sense of spiritual catastrophe", wrote the critic A.N. Wilson more recently.

He might have added "and without the long boring bits", because the book succeeds through sheer momentum of its narrative.

And its fantasy elements are offset by the precise realism of the world Tolkien created.

He may not have been much of a writer but he crafted one helluva ripping yarn which was made on a grand scale . . . and for the biggest cinema screens.

See here for Lord of the Rings; The Never Endings Story of Music, Marketing and Merchandise.