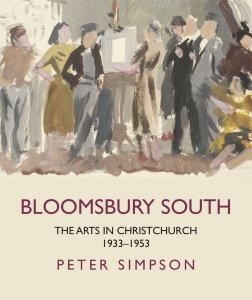 By happy chance, it was on a three-day break near Christchurch when time became available to be immersed in this highy readable, well researched and beautifully illustrated book.

And by further coincidence the re-opened Christchurch Art Gallery had exhibitions which incuded works by some of the name players – Rita Angus, Evelyn Page, Louise Henderson and Doris Lusk among them – whose marvellous work peppers these pages.

Former Christchurch student and academic Peter Simpson (head of English at Auckland Universty for many years), knows the physical and intellectual territory of the city and the period he focuses on here: He has previously written on many of the key figures, notably Allen Curnow and a terrific, revelatory book on artist Leo Bensemann.

But here he turns his focus on that larger question of just why there was such a flowering of the arts in this globally remote and very small city between the wars and into the early Fifites.

He perhaps draws a long bow when styling the fluid interactions of these forward-thinking, frequently Left-leaning and often sexually progessive artists through work, relationships and feuds with that of Britain’s Bloomsbury group.

Yet there was an undeniable thread of social idealism as they embraced – defining it for themselves in innovative and often daring work – the idea of “the new”. And more importantly – and this separates them from Britain's Bloomsbury – what it meant to be a New Zealand artist and to respond with a “positive provincialism” says Simpson, further noting that with the emergence of European facism many were rightly wary of the idea of “nationaism”. 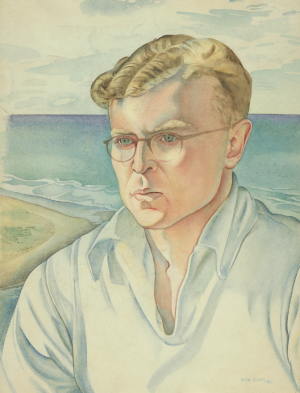 When, in '46, James K Baxter insisted a “poet or an artist must choose here and now whether he is a transplanted Engishman or a New Zealander” he was articulating a position which was echoed by many others.

He has been prefigured in less strident terms by composer Douglas Lilburn (right, by Rita Angus, 1945) earlier that same year in his talk A Search for Tradition at the inaugural Cambridge Summer School when he said: “I want to plead with you the necessity of having a music of our own, a living tradition of music created in this country, a music that will satisfy those parts of our being that cannot be satisfied by the music of other nations.”

But even those not tied to dogma were enthusiastic about making a post-Depression break with the stifling past and conservative present.

That is the vigour of youth, and in the tight mileu of Christchurch’s small arts scene they found like-minded peers, and mentors such as the poet and the champion of many, Ursula Bethell who was some three decades the senior of most.

Simpson notes she served “as a kind of literary midwife to [essayist Monty] Holcroft and [Eric] McCormick, two of the most searching and influential critics of the era”.

Interestingly however, Simpson also quotes Charles Brasch in a letter to Bethell on Holcroft’s ideas about New Zealand literature which shows how critical thinking ran in advance of the emerging work: “It is very strange this examination of the themes or the background to the themes of a possible NZ imaginative literature before the literature has been created; but it is itself creative, I think, & may be more important than anything else that has been written on or about NZ”.

That was in '43 and although an identifiable New Zealand vernacular would subsequently emerge with greater clarity, Caxton Press had already weighed in with work by Fairburn, Glover and others, and was also providing a forum for illustrators.

The Australian-born academic Winston Rhodes was also provocative on this subject when reviewing Caxton’s ’34 collection New Poems selected by Ian Milner and Gover, he noted that – using A.R.D. Fairburn as his touchstone – “moden New Zealand verse is learning to swear, developing its dogmas, and sooner or later should be able to practce the art of quarrelling . . . . I cannot help noticing that the voices of the writers are uncertain and strident”.

This was fightin’ talk.

(Although as recently as this past month a review of recent New Zealand poetry collections made not disssimiar observtions . . . and quarrelling has certainly been a facet of that small and frequently insular world).

Curnow fired back in the preface to Poetry and Launguage for Tomorrow in ’35, “I have written for those ‘literary’ people – professors of English, graduates, editors of newspaper literary columns and their satellites – who have not yet passed the elementary stages of a reasoned understanding of the art of poetry”. 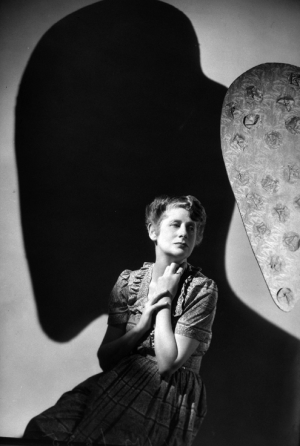 This is emblematic of the incestuously small world these character inhabited. Cresswell – who had advised Bethell on what poems to include in her '36 collection Time and Place -- reviewed it favourably; it was also favourably reviewed by painter Toss Woollaston whom she had championed and supported . . .

If the literary arts were dominated by men, the visual arts at the time were largely the domain of women: Rata Lovell-Smith, Ngaio March whose theatre work is given excellent coverage (right, photographed by Clifton Firth, 1941), Evelyn Page, Olivia Spencer Bower, Louise Henderson and Rita Angus are all effortlesly examined by Simpson, although of course Woollaston, Bensemann and many other males rightly appear in these pages.

As opposed to the literary world however, there were fewer dogmatic statements or an interest in imposing an over-arching ideology in the visual arts. Landscape art and portraiture allowed for utterly individual visions by definition, albeit framed by the artist’s own style and technique. Colin McCahon not of the temprament to be constrained by anything other than his own ideas.

Simpson traverses all this territory in considerable and telling detail, and offers insightful focus on the work.

So what happened to this exciting scene and its practitioners?

There were deaths of course . . . and departures: Frederick Page and his artist wife Eva as early as ’46 to Victoria University in Wellington; Lilburn the following year at Page’s invitation; Curnow overseas in ’49 then to Auckland in ’57; Angus in ‘53; McCahon to Auckland in ’53 . . . .

There were also the inevitable divisions (some bitterly personal) and new pubishers such as Pelorus and Pegasus challenging Caxton’s monopoly of poetry and culture, the emergnce of other outlets such as Landfall . . .

In some instances booze and bad relationships also took their toll.

And the notion of nationalism turned to international and then individualism in subsequent years.

So that crucible of creativity (and conflict) was diluted and dissipated, but the ripples rolled ever outward.

Bloomsbury South is an excellent account of a crucial and defining period in New Zealand's cultural, social and intellectual life.

Another important book by Peter Simpson who writes with clarity, insight, flair and restained, thoughful passion for his subjects.