As with the Blues Magoos, LA's Electric Prunes were in the vanguard of psychedelic pop-rock with their singles I Had Too Much to Dream Last Night and Get Me to the World on Time, the latter reflecting them being a bridge between garageband and psychedelia.

It's likely most people would be happy with just those two songs by them (both on their self-titled debut album, Dream on the original Nuggets collection, World in the four-CD expanded Nuggets box set edition in '98).

Some might have encountered their non-hit The Great Banana Hoax which opened their pretty fine second album Underground, an essential collection for stoners in '67 who understood “sitting on the lilypad of loneliness” and could take the downright weird Dr. Do-Good.

But now for completists is Then Came the Dawn 1966-1969, a whopping four and half hour Prune-fueled journey (their first three albums in stereo and mono, numerous other tracks).

Certainly there are other songs the equal – or almost – of those two minor hits (Dream went top 20 in New Zealand in April '67) but elsewhere they went a soft Associations-like ballad path (Onie), broody r'n'b (Train for Tomorrow), light but odd pop (About a Quarter to Nine), whimsical and baroque psychedelic pop inspired by childlike wonder (The King is in the Counting House with strings), slide guitar pop (Luvin'), garage rock (Try Me on For Size), vaudeville piano pop (Tunerville Trolley) . . . 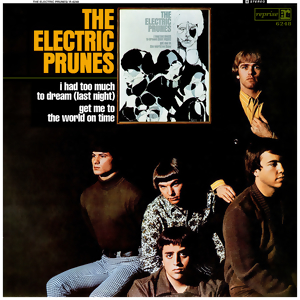 And that was just on their debut.

Call them diverse, musically ambitious or simply unfocused, Electric Prunes covered the waterfront, as they say.

Outside of those two key songs they would often default to decent harmony pop (given excellent studio tweaking by producer Dave Hassinger).

And then it all went strange.

Composer/arranger David Axelrod came in for their third album Mass in F Minor which was a kind of holy psychedelic thing with songs in Latin and Greek.

The opener Kyrie Eleison was on the Easy Rider soundtrack.

Not an album to return to that often. Unless Deep Purple's Concerto for Group and Orchestra is high on your rotate. 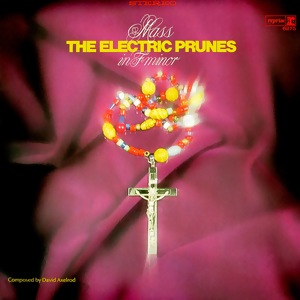 Axelrod's classical-cum-psychedelic pretensions were all over the following album Release of an Oath which featured excellent session musicians and orchestration (the Prunes all but absent) then they reverted to their origins in '69 for Just Good Old Rock and Roll (smatterings of soul and funk, not one of the original line-up now in the band) but it seemed like an album out of time and doesn't serve them well now.

So unlike that Beau Brummels story we addressed previously – similarly a band with two minor hits in the Sixties and a long career – this collection doesn't get better as it goes along.

The Electric Prunes are probably best represented by a single disc, if not an EP.

You can hear this collection at Spotify here 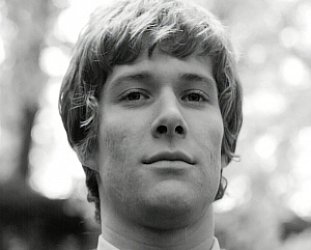 Paul Jones has enjoyed a remarkable career in and – most rewardingly -- out of pop music. After only three and a half years with the Sixties band Manfred Mann, during which he sang... > Read more