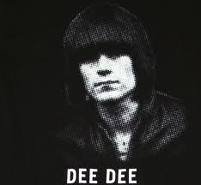 First, there is a moral here, honest. But there's a lot of drugs to get through first. So, let’s set the scene: the Chelsea Hotel on West Twenty Third, New York City, for decades home to the talented and the tragic.

Within these thick walls Arthur Miller wrote three novels, a plaque outside acknowledges Dylan Thomas “from here sailed out to die” and upstairs Arthur C. Clarke wrote the screenplay for 2001: A Space Odyssey. Here also, somewhat more notoriously, Sid Vicious killed Nancy Spungen, junk dealers have lurked, and the rock’n‘roll lifestyle has been lived to excess.

It’s a remarkable hotel, and once again Douglas Colvin – aka Dee Dee Ramone to rock music lovers -- is back here, this time as a former junkie turned writer.

In his apartment on the fifth floor -- where the walls are covered with the paintings of former occupant Valerie Myers -- Dee Dee Ramone has done his methadone treatment and cold turkey and is happy to talk about his autobiography, the harrowing Poison Heart: Surviving the Ramones.

It’s a story of looking for drugs, finding drugs, using drugs, trying to get off drugs, having a nervous breakdown because of drugs, and then getting over drugs.

Oh, and there’s some music mentioned too.

But for Ramone his strange trip has led him all the way back to the Chelsea where he was scoring and using 20 years ago.

“But I'm okay,” he laughs hoarsely, “I’m writing another book and I wrote a lot of songs because Joey Ramone might record another album. But I’m trying to get out of the business. I don’t really want to, but I can’t see myself going on much longer like I have the last two years. And that’s dealing with my brudders . . . they’re really arguing.”

Those “brudders” – all sharing the nom de rock of Ramone – exploded out of New York in the late 70s. They were loud, fast and kept the songs short. Two minutes was a very long Ramones song.

Rock for the attention deficit generation. With torn jeans, leather jackets and black fringes falling into sunglasses, the Ramones may have been a cartoon, as all the critics said, but they were also very, very good. And they lasted longer than anyone, themselves included, expected.

There were a few line-up changes but with their identikit look it hardly mattered. Drugs and alcohol took their toll, there were constant fights and fragile egos and even now -- three years after they’ve put it to bed (the odd reunion aside) and almost a decade after he quit for a curious career in rap then Ramones-revivalism – Dee Dee says “Mark and Joey have really been fighting a lot bad and John and . . . I mean they all hate each other.”

But later he contradicts himself (“they’re all okay, they’re funny”), as he does amusingly throughout a refreshingly unrehearsed conversation about his life as told in Poison Heart.

It’s an exceptionally grim story, even by junkie autobiography standards.

Open a page at random and you’ll read of Sid Vicious and Dee Dee in the toilet of the club, the floor covered in vomit and urine, Vicious putting a rusty needle into the toilet bowl to draw the water up the syringe then shooting up, throwing up . . .

With hindsight and the still slightly misty -- if his tangential thoughts are any measure -- “clarity” of drug-free vision, this Ramone now sees he was just a screwy kid full of self-pity and loathing. The drugs were an escape.

It’s hardly an original observation, but it’s his and he’s certainly earned it.

“I was just so weak, crying into my beer. I tried to act tough so I became tough. It’s pretty absurd. I should have just been able to be a clerk in bank. I’m a pretty meek person,” says this man whose book tells of him pulling a knife in a fight before he’d hit double figures.

Ramone speaks in slow Noo Yawk drawl which can spin a single four-letter word out to three syllables. Yet not once in this long conversation does he utter anything approaching an obscenity, is unfailingly polite, honest about his shortcomings and frequently says he feels lucky to have survived.

Certainly writing the book was cathartic for him and it seems his problem has not only been in surviving the Ramones, but in surviving being an ex-Ramone.

“All guys my age . . . should’ve stopped a long time ago but we want to keep playing. I don’t really think I need to do it. I think I have to find a way to do something more useful, something that’ll make me feel more different and make me more useful, but a lot of times you can’t make that into a career.”

In search of new career he cheerily says he’s writing a new book. It’s umm . . . a horror novel set in the Chelsea Hotel. 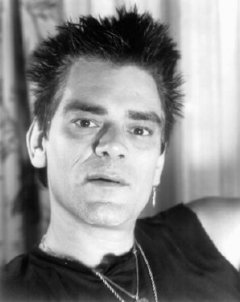 “I bring Sid Vicious back to life and there’s all this satanic cult in the hotel, it‘s crazy, my dog starts talking to me . . . this is a great place to write something like that, it’s a very haunted hotel,” he says enthusiastically.

If it seems Ramone has a somewhat diminished world view, he’s willing to admit it. And that he’s dysfunctional, made mistakes (the churlish or picky among us might say his book catalogues a few every page) and couldn't accept himself as he was. Which was?

“I thought I was nicer than I was, I was real awful. I wasn’t dishonest, I wasn’t mean. I wanted drugs. I wanted women. I got mad.

“I was mad. I had no self-control and I'm still trying to learn that one. I had crazy bad examples and I was stupid, I believed everything I saw. How would I know?

“I led a very narrow life, also with a bad education. I didn’t sit around reading a lot of books, which I wish I would have. I missed out so much and I can’t make it all up, but I can write a book and it was a pleasure writing it because it saved me from running wild on the street getting high, going to clubs and making an idiot out of myself. ”

As the conversation rambles easily through drugs, alcohol and some sage words on the pitfalls of his former lifestyle, Ramone sounds like a man who has finally started to act his age. And he admits that too. He even dresses better now, he says.

It’s, like, have a sense of pride at fortysomething, “but don’t have a shag haircut in black pants and an over-sized black t-shirt to hide your pot belly”.

“Either get to the gym and get lean and mean or get less sexy and more normal. But see I’m an old fool who learned his lesson. I'm the guy who at 41 years old had a silver mohawk and blue hair.

I mean, what’s wrong with me?” 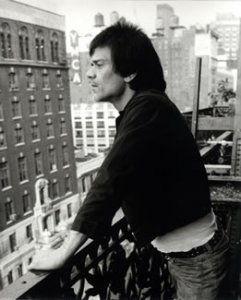 He tells of friends his age in bands still going on the road and trying to pick up 15-year-old girls: “I can’t live in a fantasy world and go chasing after girls. Why would I want that? You don’t do that at my age, but when you are in the rock'n'roll world you don’t know any better.”

Again, somewhat at odds with this late piece of self-discovery, Poison Heart tells of him trying to get permission from the parents of his “underage” girlfriend, now his wife, to leave Argentina. But now drugs are boring, the various Ramones are still fighting, Americans want instant gratification and everything – well, everything being the rock’n’roll business and drugs -- has got worse.

Not like when he was young, when “you could hide behind rock’n’roll and justify it and think it’s explainable.”

“Now we really know [drugs are] just a death sentence, it’s street, it’s garbage, it’s a tragedy and it’s crime and I’m sad it's there.

“The best revenge is to get your teeth done and get straight, get strong.”

So his advice to the younger generation is what? To stay in school?

“Yeah, try it. It’s like my stoopid grandmother told me a couple of years ago, ‘If you want some help, you gotta go help yourself'. I get so sick of that, but it's true. And when you get strong then you can help other people, and that's maybe the privilege of success.”

See. I told you. There was a moral.

It’s that grandma knows best, believe it or not.

And you heard it from Dee Dee Ramone.

Three years after this interview Dee Dee Ramone died of a heroin overdose in his California apartment. His Chelsea Horror Hotel novel had beeen published the previous year. Just three months before his death the Ramones had been inducted into the Rock and Roll Hall of Fame.