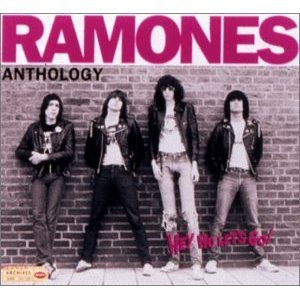 Like many of my generation, I can remember exactly where I was when JFK, RFK and John Lennon were shot. And when Kurt Cobain proved, contrary to what he sang, he did have a gun.

But with as much clarity I can also remember when I first heard the Ramones’ Sheena is a Punk Rocker. It came on a tape from a friend in London and I was driving when this blast of wonderful noise crashed out of my tiny car speakers.

In the Art Rock Wars of the mid-to-late Seventies, Sheena was a memorable, refreshingly stupid take on Beach Boys’ pop complete with handclaps and harmony vocals. Sheena had obviously traded in the little deuce coupe for a Greyhound ticket to NYC and got herself a whole new haircut. Doubtless she met Judy (as in Judy is a Punk) at CBGBs and compared Doc Martens and fishnets, but really still quite liked Dennis Wilson.

Like the Sex Pistols, what was most appealing about the Ramones was they made pop music. Yes, it was loud’n’fast and all those other cliches, but it was also verse-chorus, verse-chorus of the old style. And all over in a few minutes – about the same length as an Eddie Cochran or early Beatles’ single.

The Ramones and the Pistols were always closer to the Monkees and Merseybeat pop than the trash of the Stooges, so it was no surprise when the Pistols covered the Monkees’ I'm Not Your Stepping Stone and the Ramones waded into the Searchers’ Needles and Pins. (They later got the Searchers onto the Sire label.)

The Ramones’ image of punk glue-sniffers had to do with their private lives and marketing, because listening through the 58 tracks on the double disc Anthology collection it barely seeped into the music beyond a few dumb-smart lyrics. (“Hey little girl, I wanna be your boyfriend,” hardly sounds like it would make the walls of the citadel fall.)

Despite its pop simplicity however, Ramones’ music was always smarter than was credited at the time. It was brilliantly reductive. 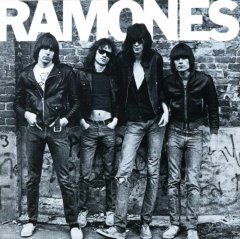 Johnny said he wanted to strip the music of any vestiges of blues and just make pure, white rock’n’roll – and that carried through into the image of identikit hair-styles, band uniform (leather jackets, shades, torn jeans) and the common surname (taken from Paul McCartney’s stage name in the Silver Beatles c 1960, Paul Ramon).

They sounded great and looked perfect.

“Rock’n’roll -- half is the song. The other half is the image,” said Johnny, and that first album cover has become one of rock’s iconic art pieces.

It was little surprise that on the sleeve of Road to Ruin they appeared in cartoon form.

Best of all, though, at a time when everyone was so serious about punk and pins and anarchy, the Ramones were very funny. Yep, all that sniffin’ glue, beat on the brat with a baseball bat and teenage lobotomy stuff – how could you take that seriously? 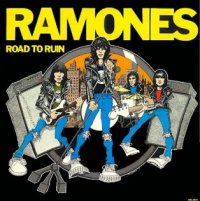 (Then again, a lot of people took “guard save the kweeen, she ayno human bean,” straight-faced.)

This was just white boy pop delivered at white noise intensity. And with great titles: Now I Wanna Sniff Some Glue, I Wanna Be Sedated, The KKK Took My Baby Away, I Don’t Wanna Grow Up . . .

In the liner notes to this exhaustive collection (which, in typical Rhino style, comes with an extensive and thorough booklet), Joey says: “I hate to blow the mystique but we really liked bubblegum music, and we really liked the Bay City Rollers. Their song Saturday Night had a great chant in it, so we wanted a song with a chant in it: ‘Hey! Ho! Let’s go!’. Blitzkrieg Bop was our Saturday Night.”

So when you slam on one or other of these discs -- and the first is better than the second where they started to try just a little too hard -- then be prepared, not for NYC punk and attitude, but for short, sharp blasts of fast pop music. 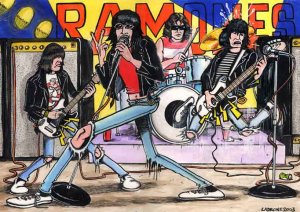 Pop-rock with an ear so attuned to the past there’s a swag of this it isn’t hard to imagine could have appeared in the Fifties and would be included on Loud, Fast and Out of Control box set. Not for nothing did they cover the Trashmen’s Surfin' Bird. Or from the early Sixties and be considered alongside Paul Revere and the Raiders, the Downliners Sect and the Pretty Things. Or even the Archies.

I don't know about this. The first disc is absolutely essential; how many people play the second disc more than once? The only really good Ramones retrospective I've seen is "Greatest Hits": 20 tracks, all killer no filler and post-'79 numbers kept to a minimum plus it's chronologically sequenced too. 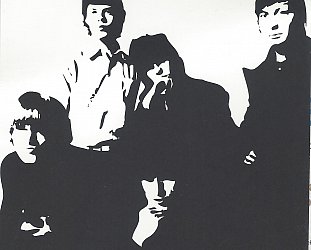