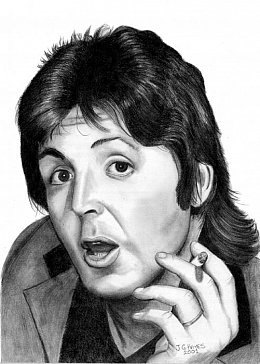 This ambitious career move in the classical world follows his Liverpool Oratorio, Standing Stone and Working Classical with the London Symphony Orchestra in the Eighties, and his Ecce Cor Meum, an oratorio in four movements for choir and orchestra.

This from the guy who wrote Maxwell's Silver Hammer and sang his lungs out on the Little Richard-styled I'm Down?

And when you consider how modest the beginnings of his solo career were, even further than you might think.

McCartney's first solo album in April 1970 came as the Beatles were falling apart and its release announced that it was all over for the former Fab Four from Liverpool. Not the album so much (there had been Beatle solo outings prior to this), but the press handout with it in which he asked and answered his own questions.

Among them, “Will the Beatles ever work together again?” His answer: “I do not foresee a time when the Lennon & McCartney partnership will be active again in song writing.” 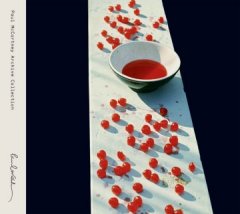 Which rather threw a lot of attention, expectation and pressure on the solo album, simply entitled McCartney, which came with that famous press release.

Perhaps weary of the on-going battle which had been the closing overs of the Beatles' career, McCartney opted for something modest and lowkey.

He recorded the song at home – a few of which the Beatles had shrugged at – and played every instrument himself with his wife Lind on harmony vocals. The running time of many – the instrumental Valentine Day at 1.39, Junk at 1.54 and the slight opener The Lovely Linda a mere 43 seconds – suggested these were fragments of ideas rather than finished songs from one of pop's great perfectionists.

There were however some unpolished gems among them: the ballad Every Night about just wanting to stay at home with his wife (understandable given the circumstances) has a light touch and was covered by Phoebe Snow; Teddy Boy (which the Beatles' had tried out during the Let It Be sessions to no great success or interest) is quietly charming; and Junk which he has written two years previous is a delightful little piece with a weary feel to it, and another that the Beatles had passed up a couple of times.

The real interest alights on the exciting Maybe I'm Amazed where he sounds entirely committed and which he has continued to play and speak highly of (and has been much covered). There are also a number of instrumental tracks Hot As Sun/Glasses, the edgy Momma Miss America and the peculiarly percussive and wordless vocal Kreen-Akrore (with cheap effects) where you can hear him itching to stretch out into new areas.

McCartney was always going to exist in the shadow of the Beatles but it does offer small charms, two or three decent songs and those odd instrumentals. Not quite The Long and Winding Road or Yesterday, but what could have been? 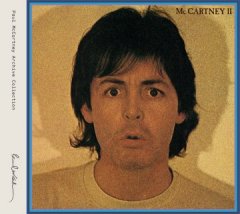 At the end of that decade – after Wings had taken flight with Band on the Run but was now faltering – McCartney released another album of solo home recordings, McCartney II conceived in similar circumstances.

Wings, like the Beatles before them, was over for McCartney. The full stop came when John Lennon was shot at the end of the year.

The McCartney II album seemed patchy, but Coming Up is still a snazzy piece of disco-edged Talking Heads-influenced jerky pop; Temporary Secretary and Darkroom are more oddball pop (Like Lennon, he'd clearly he'd heard the B52's and Devo), there are some equally peculiar instrumentals (Front Parlour, Frozen Jap) and Waterfalls boast one of his prettiest tunes.

One of These Days is gentle ballad with weary but optimistic lyrics, Bogey Music is a knees-up inspired the Fungus the Bogeyman book, On the Way is a minimal, almost bluesy track and Nobody Knows wouldn't sound out of place on some indie band album. 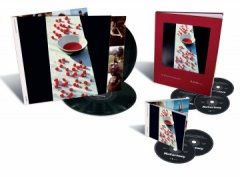 McCartney II has aged well and even grown a little in stature.

These two albums have been expanded to double discs with live recordings (among them on McCartney II is the superior version of Coming Up from a Glasgow gig which topped the US charts), unreleased outtakes and bonus tracks.

On the extra disc with McCartney there is the outtake of Suicide which he apparently wrote when he was 14, aired a few times for the Beatles (rejected, rightly) and dropped from the album (although a fragment is heard at the end of Hot As Sun/Glasses). There's also a fine version of Maybe I'm Amazed, live treatments of Every Night, Hot As Sun and Maybe I'm Amazed (again), and the demo of a rather lame piano piece called Women Kind "have a terrible time, from the age of 10 they are chased by men, burn your bra . . .". (Hardly up there with Lennon's Woman is the Nigger of the World, although it is clearly tongue in check. He blows raspberrys at the end.)

Of more interest is Secret Friend which comes with McCartney II, a 10 minute studio experiment which anticipated his later ambient work with producer Youth as The Fireman, and Check My Machine which sounds like a smart man tinkering away and thinking beyond pop music.

With McCartney II there is also the little known pop confection of Mr H Atom/You'll Know I'll Get You Baby which is perhaps the result of smoking jazz cigarettes, and the 10 minute segue of All You Horse Riders/Blue Sway which sounds a similar throwaway until it morphs into the loping, electronic Blue Sway (which also comes in an impressively orchestrated, disco-flavoured version). 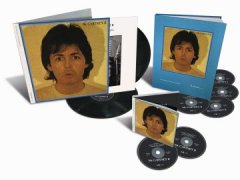 The sets also come in deluxe editions with a DVD, booklet and much more (vinyl too) for the true aficionado.

For these deliberately low-key albums McCartney's craftsmanship sometimes went under-polished and he required a tough-minded editor to rein in his sentimentality.

But across these impressive reissues are some fine songs, and not always the familiar ones.

When McCartney takes a bow on that New York stage after his ballet it would be fun if someone yelled, “Play Bogey Music”.

There is a complete overview of the albums in McCartney's diverse solo career down the decades starting here. 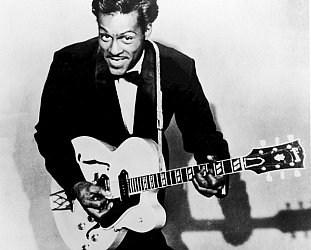 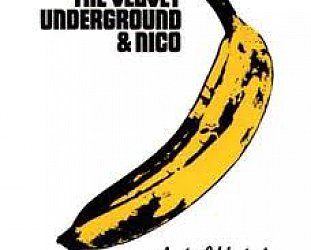