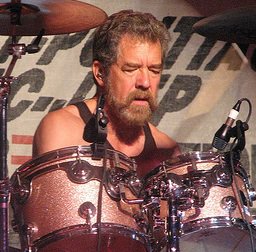 When a marriage breaks up or a couple separates there can be messy stuff, not the least of which can be fighting over property. It can be the same with bands when they split up – but the property is sometimes less tangible.

Songs may belong to the writer, but anyone can sing them, so often the battle is over the band's name if some members want to continue you using it.

Pink Floyd were years in litigation over the name after founder-member Roger Waters quit and the others simply carried on under that banner. And at one time there were two Fleetwood Macs touring.

Then there is the ago old question, “So, which Drifters/Platters/Supremes are these?”

Fogerty took them to court in '97 – they carried on as Cosmo's Factory, the name of one CCRevival's classic albums – but when Fogerty lost the case they adopted their “Revisited” again and are still out there today under that banner. And still playing Fogerty's songs.

Needless to say there was bad blood between Fogerty and the Cook/Clifford camp – so bad that Fogerty refused to appear on stage with them in '93 when the original Creedence was inducted into the Rock and Roll hall of Fame.

But this has all been much written about, not the least at Elsewhere.

So when Creedence Clearwater Revisited announced another tour of New Zealand (they first came in 2002, dates below), why not talk to Doug Clifford – now 66 – and get the up-date and backstory?

And also mention that Fogerty, as recently as October this year, seemed to open the door for some hatchet-burying and a reunion.

Hiya Doug, I have spoken to Stu previously in 2002 (here) and more recently to John (here), so there is no need for me to re-litigate that whole story with you . . .

I guess there are schooldays things none of us want to be bothered talking about anymore.

Well, I appreciate that. 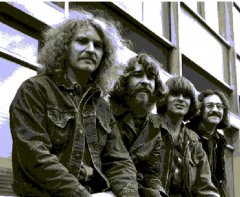 That said, I'm curious to know. Do you remember the first time you ever played as Creedence Clearwater Revival, it would be about 45 years ago.

Oh sure. Well, actually the first? It might have been – it's a bit foggy back there – it might have been at the Poppycock in Palo Alto in California which is now Silicone Valley, that was the city where I was born.

It was just a little club. Or it might have been The Armory at Fort Bragg in California which would be even smaller and in a funky area in the foothills.

Do you remember what that young Doug Clifford was like? Full of enthusiasm presumably.

I do. He was definitely full of enthusiasm as he is today and I'm just as young in my mind.

When I spoke to Stu in 2002 he said the difficulty the band had was there was no mentor at your side. I guess in that first part of the rock era everyone was making it up as they went along. You had no good management beside you?

We sure could have used a mentor, but no that [good management] clarifies it because we didn't. What happened was that John was very good at writing songs and singing them and he thought if he could do that, then he could also be the manager. But he'd barely got out of high school and grew up poor.

Stu has a business degree from Santa Fe State University – we went to Santa Fe State together – and he tried to convince John that he had an actual degree. But [John] was not qualified.

We needed a pro who knew the business inside and out, and a guy we could trust. But it was not to be and as a result there were many, many, many disasters -- and unfortunately John ended up losing more than anybody.

I have spoken to a lot of the bands who were part of the British Invasion, people like Eric Burdon of the Animals, and asked if they ever made any money back then. They all say no. Did you?

Not really. Not until we started selling records. We didn't have to cross the [Atlantic] pond or anything like that, and who knows what expenses they incurred to do that? We were fortunate that by the time we did do that we were number one in the world in record sales, so it made a big difference.

Early on we weren't making money touring, but once we started making records we were making some.

You were selling a lot – or at least you were topping the charts a lot which might be a different thing. But your music then was so different and I guess that's why it hasn't dated as much as the hippie music of that era, most of which doesn't make any sense.

Oh yeah, it's very obvious that was the Sixties. We were were fortunate. We came out of the San Francisco Bay Area during that psychedelic phase and our peers would laugh at us and call us the Boy Scouts of rock'n'roll and said we'd never make it. Half of those guys are dead or broke now.

We stuck to our guns and were going to do what we wanted to do, and we weren't going to do something to try and make it on a gimmick. We wanted to play the style we were.

We always heard you as a singles band that made great albums whereas a lot of people at the time were making only albums, and often crashingly boring ones if you try to listen to them these days. You were consciously a singles band?

Yeah and that's true, but we were also aware of the new emerging FM radio founded by Tom Donahue and he had the first rock'n'roll FM station and he was right across the Bay from us. We ended up doing some things with. So we were lucky.

But it's funny. I talked to a bunch of guys from the Dead and the Airplane about 20 years ago when we went to a 20 year reunion of the Fillmore. They told us, 'We hated you guys because you had all these singles and we put you down, but you were selling. We'd have killed for a single, we tried so hard to get a single and if you want to know the truth, we envied you guys'.

We were able to also have songs on the albums that were longer than the singles and they went well on FM radio, as did some of the short singles. So we had both of those markets and today we are still one of the top-played classic rock bands in the world.

The irony is that although your music wasn't like what was going on around and in that regard hasn't dated, but any movie about Vietnam has always got Fortunate Son in it. And there's that great scene in The Big Lebowski where the Dude loses his car and it has his Creedence tape in the player.

He's more worried about the Creedence tape than that old beat-up that was stolen! That's pretty funny. That was good for us, we had two songs in that movie and I've always been a fan of Jeff Bridges as an actor. He's really gotten better as he got older.

When you look at that he 's making a joke about the stoners of that generation. And you are in on the joke.

Absolutely, and it was really good for us because we got paid for two records on the album. It's fun and you get paid for it, you shake your head.

Because I can't afford the huge box set of Woodstock that came out a few years ago so I don't know, are Creedence on that? Because you played Woodstock although never appeared on any of the albums or in the original film.

We finally, after 40 years, were finally able to get John to sign off on Woodstock. It was a long battle but we prevailed. We're not on the director's cut but we're on the DVD of bonus tracks and we have three tracks on there. People who've seen that package have gone “Oh, I didn't know these guys were there'.

John's beef was that the sound quality wasn't good enough?

His quote to us was, 'We're already number one, we don't need it'. You can be number one and go higher. But it was not to be.

I guess what you've learned by going out with CCRevisited is the sheer power of the song and how a song can outlive the personalities and the people who made it.

Yeah we're very fortunate and John was a great songwriter. We learned to play a style of music together from 13 years of age to 23. We were learning to play our instruments and learning to be a band at the same time and that gave us a unique advantage.

And the fact we stayed true to our genre and weren't swayed into songs with a lot of guitar noodling like a lot of our peers were doing. It's how we learned to play our instruments and it's basically built around a blueprint of blues and staying true to that.

Most music built around the blues has a timeless quality. That music is in the DNA of the rock generation.

It really is, I think it is the cornerstone.

Because of the politics between you all there has also been no embarrassing reunion . . . but I did notice John has recently not discounted the possibility of one.

He's not saying it is going to happen but is saying he's not discounting it. Is that the first time the door has been opened?

It's the first time it's happened, but honestly I just heard something on You Tube. But I like the band I'm in now better than what John is doing.

I could make 10 times more money [with him] and that's nice. But I like the guys I'm with and we're starting our 18th year now together. I shake my head at that, that is four and half times that CCRevival was together.

So I've heard about that. Of course we didn't hear anything from him about it. He made that statement but I don't think there's any credence to it. I like what we are doing. We get the job done and play the songs in the same tempo as they were meant to be played in. I'm proud of this band and want to stay put. 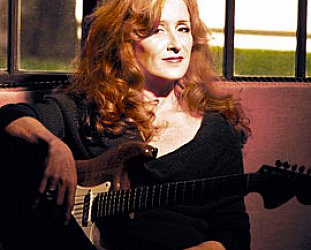 BONNIE RAITT INTERVIEWED (2013): To everything, there is a season

When Bonnie Raitt's most recent album Slip Stream – her first in seven years – picked up a 2013 Grammy for best Americana album, it was yet another rung on her increasingly high... > Read more 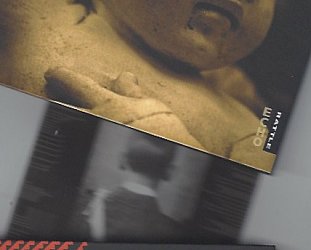