BOB SEGER RECONSIDERED (2012): Rock and roll should never forget him 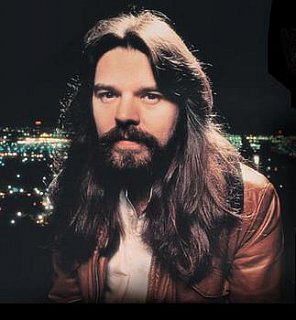 If he hadn't had a fear of flying -- and Bruce Springsteen hadn't come on so strong in the Seventies -- Bob Seger out of the Detroit area would have been the great working class rock'n'roll hero.

He came from that world: After his dad left when he was 11, Bob -- with his mum and brother -- found himself in a single bedroom flat; later he worked three jobs, started playing in bands for parties while still in school to earn money . . .

Influenced by Motown, the Beatles, local heroes Mitch Ryder and the Detroit Wheels, black music and folk, he created his own soulful sound in the late Sixties/early Seventies and was writing songs which meant something to people.

As one longtime fan told Detroit Free Press writer Brian McCollum in 2004,  "It was raw, high-energy, soulful workingman's blues. Seger seemed to be speaking for everybody, he seemed to have found that voice that reflected what a lot of people felt around here. He was the common man, the everyday guy who got up onstage and got the mic".

He was also modest, heartfelt and a genuinely nice guy of whom Doug Fieger of the Knack would later say, "He had the greatest voice on the scene, and we all knew it".

He struggled for years, there was a bidding war between Motown and Capitol (he went for Capitol becase they had the Beatles and the Beach Boys) and between October '74 and September '75 he and his Silver Bullet Band played 265 shows.

He won his audience the hard way and as Ted Nugent's manager Doug Banker said, "Seger was another one of those blue-collar guys, as Ted was, just normal guys. That's what has worked for Kid Rock and Eminem as well, like one of your buddies who grew up next door and did good". 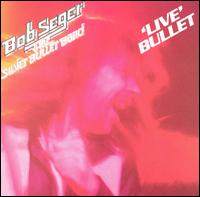 His Live Bullet double album of '76 is a classic live album and a snapshot of Seger's rough hewn but classy songwriting and guile-free persona at its best, and it captured him before a hometown crowd.

He remained a local hero virtually unknown outside Detroit but the album eventually went on to sell four milion copies.

One reviewer described it as a brilliant second effort. It ws Seger's ninth album. That's how far below the radar he was for most people outside of the Detroit area. Just the local hero slogging it around the bars and clubs.

And he wrote about that life and what he had seen.

His songs catalogue life on the road (Turn the Page); being a working class man in fast company (Hollywood Nights); the joy of being young and restless and maybe even bored in your hometown (Night Moves, Mainstreet); that one chance at love or something close to it (We Got Tonight); knowing old friends, foes or lovers from days gone by (Still the Same); being up against the odds (Against the Wind) and the redemptive spirit of this music which gave him his way out (Rock and Roll Never Forgets).

Seger was a bit retro in his taste (Old Time Rock and Roll, perhaps forgivable at the height of disco). He sang convincingly as a blue collar man (the trucker in Roll Me Away), knew the value of space and silence in his music (Night Moves) but also the importance of a full throttle attack (Hollywood Nights again).

These were all things Springsteen knew too, but one of them got more rewards -- and Bob just kept plugging away after his star fell and the hits stopped coming in the late Eighties.

His music was moved from rock radio to adult contemporary, but his fans remained loyal and he toured with great success. He just didn't seem to pick enough new fans and eventually took a break for almost a decade.

In this country we might call it Westie Rock -- and that is a high, no bullshit compliment. 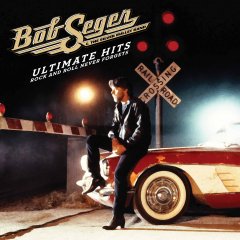 He was also something of a poet (the glorious Til it Shines) and he shouted into the night the universal self-belief of the put-upon worker on the glorious Feel Like a Number (which isn't about wanting a joint).

Lines like "dammit I'm man!" just make you want to raise a fist at the bosses and the anonymous system they front.

It's a major oversight that neither of these songs are included on the recently released Ultimate Hits; Rock and Roll Never Forgets double disc collection.

It's a measure of how much Bob Seger fell from visibility that in 2003 when Mojo magazine out of Britain did an overview of the Detroit scene from MC5 to the White Stripes that he barely got a mention.

But the 22 tracks on Ultimate Hits remind you what a cornerstone figure in American rock'n'roll Seger -- inducted into the Rock and Roll Hall of Fame in 2004 -- was, and remains.

Bob Seger, a live bullet never destined to be The Boss, but always one of the hard workers.

Great review Graham I came back to Bob a month ago when I picked up on the remastered "Live Bullet" and the other great live album "Nine Tonite".Agree,this is powerful music,great hooks and meanful lyricsand the greatest hits is a great party record too.Do people still have parties?.I would have liked a couple of songs on it from "Smoking OPs"

Still got “Smoking OPs”, what a writer. His sound to me was retro when new, like John Fogarty’s “Almost Saturday Night”. “Wish I didn’t know now what I didn’t know then” heh.

Rosalie ..was covered by Thin Lizzy. On live and Dangerous album. Yes Bob Seger wrote some awesome songs. Covered by many Jon English of Australia Turn the page.