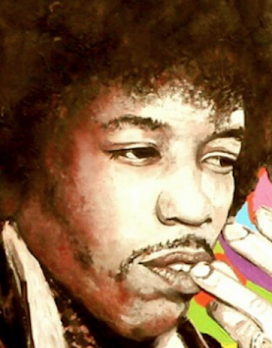 When Jimi Hendrix confidante and studio engineer Eddie Kramer told Elsewhere back in 2013 that there were no more studio sessions by Hendrix to be released what he really meant to say was, actually there were more to be released.

The new collection Both Sides of the Sky apparently completes the posthumous trilogy started by Valleys of Neptune and People Hell And Angels. 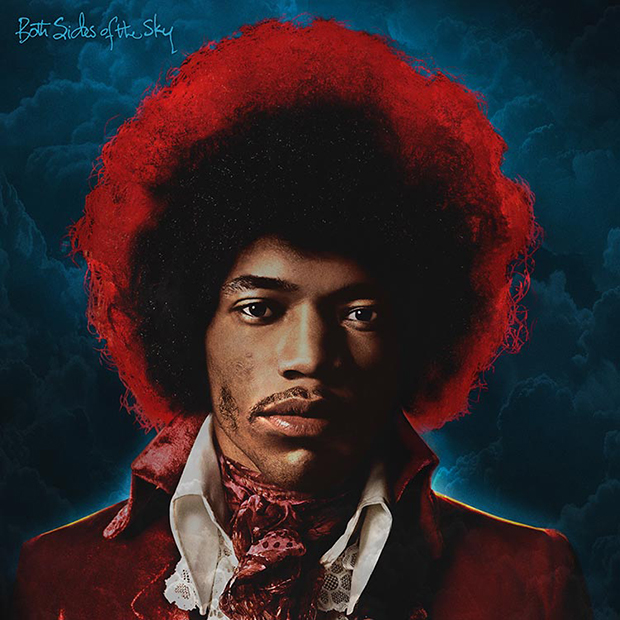 Mixed by Kramer and featuring studio guests Stephen Stills and Johnny Winter, Both Sides of the Sky was, until this week, believed to be the absolute and final studio material from Hendrix, who died more than 47 years ago.

But the chance discovery of even more recordings in New York's Electric Ladybirdland studio and microbrewery which Hendrix designed and built has had Hendrix fans and record company accountants excited all over again.

“Every 10 years we are legally obliged to undertake a BAMIAR (Broom and Mop Indent and Replacement) which entails cleaning out broom closets and such. In early 2015 one of our maintenance workers Antonio 'Sammy' Samaducci emptied out a large cupboard area near Studio B and by chance happened to lean against an end wall which, to his great surprise, sprung open to reveal another room.

“Because Jimi was such a notorious sex addict who would have marathon sessions with groupies, some of which would last up to half an hour, Sammy just assumed it had been built as a kind of private space for that kind of disgusting activity.

“But what we discovered along one wall was a full shelf of tapes, each marked 'K-Z'. There were 16 in all, and they were all dated May 1970. Around this time there had been talk of Jimi recording with the jazz trumpeter Miles Davis – who probably also had a private sex chamber – and Jimi had been listening to Davis albums like Sketches of Spain, In a Silent Way and On the Corner. 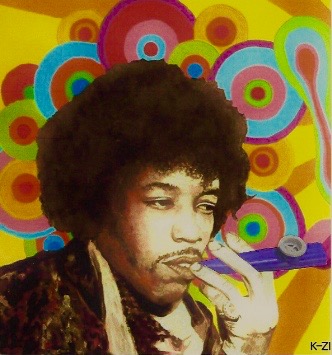 “Jimi loved how Davis constantly re-invented himself musically, and that's what he wanted to do. So these K-Z recordings mark a complete departure for him and we are sure fans would want to hear them.

"Certainly his estate and various accountants are keen to have them out on the marketplace.”

What fans will hear on the K-Z 1 album (the title suggests there might be K-Z 2 at some point) will surprise them.

On none of the pieces does Hendrix play guitar. All of them are solo recordings with Hendrix playing . . . kazoo.

Critic and longtime Hendrix aficionado Greil Marsh of New York's Village Oracle who has heard the complete recordings says, “These are among the most innovative and out-there recordings Hendrix ever did.”

Marsh – who has been commissioned to write the extensive and impenetrably literary liner notes for the album, a tie-in book and the script for a three hour documentary – says at times the sound of Henrix on kazoo approaches the minimalist noise of British groups like the Flying Lizards (who wouldn't form until a decade after Hendrix's sessions) but in other places Hendrix coaxes a “ineffably beautiful but gruff bird-like tone from the instrument, something akin to the most fragile trumpet playing of Chet Baker, who was also a drug addict like Jimi”.

Although the kazoo is an instrument of seemingly limited capabilities, a genius like Hendrix could explore it in the manner of Bach, Chopin and other name-dropping classical composers, says Marsh. However the man who discovered this cache of lost recordings thinks otherwise.

Cleaner Samaducci told Elsewhere, “Man, I heard this shit. It's just some idiot tooting and grunting down a goddamn kazoo like my grandson do. It's a joke.

"And damned if one of them pieces ain't just him doin' Yankee Doodle Dandy, very badly. Art it ain't.

“I jes think that po' boy mistook the kazoo thing for his dope pipe. I mean, look at it. Ain't dat what it look like to you?”

Marsh concedes that the slurred spoken passages by Hendrix which are also captured on the tapes “suggests he was drunk most of the time or more likely out of his head on drugs because he was a major drug fiend who would gobble anything put in front of him.

“He once ate my Cherry Ripe and swore he was getting high and could hear the colours of the lightbulb above his head. And there wasn't even a bulb there.”

Drunk, stoned, sex-crazed or possibly just clowning around on kazoo, Hendrix once again surprises his loyal fans by pushing the boundaries of music and Baloni says we might well see a surge in kazoo sales after the release of the album later this year. He has already taken copyright on a line of multi-coloured Hendrix kazoos.

“There was also one tape on the shelf which was labelled 'OC' and we discovered that to be a 45 minute ocarina solo work which is a genuine masterpiece of quasi-classical psychedelic sky-church music.

“Once we've milked the K-Z release for all it's worth we will put that on out in an expensive gatefold sleeve as a limited edition vinyl album for the serious collectors.

“Jimi Hendrix seems to be the gift that just keeps on giving . . . for us, anyway.”

There is more about Jimi Hendrix at Elsewhere starting here.