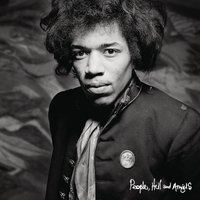 In an interview with Elsewhere, longtime Hendrix engineer Eddie Kramer -- who has been behind a number of the most credible Hendrix posthumous albums -- said this collection of previously unreleased material would be the final studio album from the Experience Hendrix group.

Live albums from now on, he said in this interview.

And given that a couple of the pieces here are fairly scant (the delightful Villanova Junction Blues at the end less than two minutes of studio playing with bassist Billy Cox and drummer Buddy Miles) you do get the impression that the well might be getting rather dry.

That said -- despite some familiar titles like Hear My Train a Comin', Bleeding Heart, Izabella and Crash Landing -- there is some especially fine music here. And those with familiar titles are in fact completely different from versions already in the world.

At this time Hendrix was post-Electric Ladyland and looking for new configurations of musicians to realise his vision. So Experience bassist Noel Redding doesn't appear and drummer Mitch Mitchell in only a few places. (The Experience's unreleased material was collected on the Kramer-helmed Valleys of Neptune.)

In come Cox and Miles (who formed the new Band of Gypsys) but also Stephen Stills on bass for the brittle Somewhere, saxophonist Lenny Youngblood and others on a loose-limbed Let Me Move You, and legendary pianist James Booker and an unknown horn section for the Mojo Man recorded in the Fame Studios in Alabama.

The album plays aces first: the trippy Dylan-influenced lyrics of Earth Blues which first appeared on the Rainbow Bridge album in a very different version with the Ronettes on backing vocals. This funky soul treatment is just the trio of Hendrix, Miles and Cox; then the chipping Somewhere which showcases' Hendrix's wah-wah before the mood shifts markedly a couple of minutes in and the tone becomes more fluid, melodic and dreamy before changing direction yet again.

The version of Hear My Train A Comin' -- a Hendrix favourite which he played and recorded many times -- is stripped back and while it adds little to our understanding of the song the playing is precise and edgy. This is sensibly followed by another blues favourite, Elmore James' Bleeding Heart here given an emphatic rhythmic shift behind his signature blues sound familiar from Red House and other such Hendrix songs in the genre.

Let Me Move You with his old friend Youngblood finds them going back to an old soul stomper style which was probably so familiar that both players (and organist John Winfield) could just enjoy the session. It's a rare one in Hendrix's catalogue.

As is Mojo Man with Booker and the horns, a funk-soul song coloured by Hendrix's guitar (spliced by Kramer from two separate takes apparently).

Elsewhere the returns are more limited: Hendrix struggled to get Izabella right (given the number of versions there are) but here it includes a soaring solo; Easy Blues is the slippery jazzy piece, a slice of which appeared on the now deleted Nine to the Universe album back in '81 but this is the complete take which is almost six minutes; and Crash Landing (not to be confused with bowdlerised version on the '75 album of the same name) is a minor piece (lyrically and in its construction).

There are certainly delights to be had in the original version here of the mercurial and reflective Hey Gypsy Boy (which had backing parts stripped out and overdubbed for Midnight Lightning in '75).

Given this is (supposedly) the final studio album from Kramer, Janie Hendrix and John McDermott that short coda of Villanova Junction Blues does in fact seem an appropriately quiet way to conclude this part of the Experience Hendrix Project's catalogue.

Now it's on to previously unreleased live albums when Jimi gets out his flamethrower. 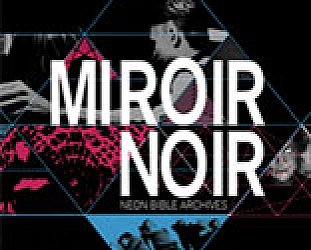 Arcade Fire deservedly won a massive and loyal audience for their exceptional Neon Bible album, an album that was orchestrated and grand as much as it was earthy and rock-framed. It was music of... > Read more