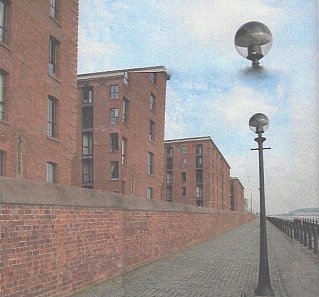 In a recent interview with London's Guardian Sun-Times, the Beatles' researcher and biographer Mark St Lewisham revealed that while listening to studio recordings of the band in 1969 he came across a remarkable and myth-busting discussion between John Lennon, George Harrison, Paul McCartney and their producer George Martin (peace be upon him).

In the conversation Lennon starts outlining plans for a further album to be recorded after their current sessions for what would become their psychedelic masterpiece Abbett Road.

According to a transcript provided by St Mark of Lewisham, Lennon says, “Look I've got some good songs, you've got some good songs Paul – although that Maxwell thing was shit – and George's has got some very good ones. Let's pitch in two apiece – but not another Maxwell thing – and if Ringo can finish another song then he might want to have us clean that up too. Let's just go for it.”

McCartney says he has an idea for a Maxwell Part II but “I suppose I could farm that off to some crap Apple band looking for a hit . . . so I'm in.”

Harrison laughs and says “give it to that Black Dyke Mills lesbian band you signed” and that he has dozens of songs ready to go and he is very keen. “But no Indian stuff” says Lennon, “just Beatles stuff” .

Harrison also invites Yoko Ono, who has been silently listening throughout, to contribute some of her material.

There is much clapping and laughter at this point and an air of boisterous enthusiasm.

So contrary to what has long been believed, the relationship between the Beatles (Ringo absent for tax purposes) was amicable and optimistic, Lennon at one point saying, “Come on lads, we've gone to the toppermost, but we can still go higher”.

At which point there is even more laughter.

It has been widely believed that at this time the various Beatles were at each others throats. They were divided about their musical direction, wanting to pursue other interests like Indian music and hard drugs, and each had their own lawyers litigating on their behalf. At one point the legal matters were to complex with everyone suing each other that Ringo accidentally sued himself and their studio drummer Barry Wom.

The presence of Lennon's new wife Ono – the Japanese conceptual artist and professional hog-caller – was also believed to be dividing the group.

But in the conversation St Mark says Ono was being accepted as a part of the group and Harrison in particular was very open to her suggestions on how to improve his songwriting and guitar playing.

At one point after she tells him how to perform a particular guitar passage he enthusiastically says, “I'll play what you want me to play or I won't play at all if you'd prefer my friend and guitar superstar Eric 'Slowhand' Clapton instead of me. I just want to be a helpful part of the Beatles band again”. 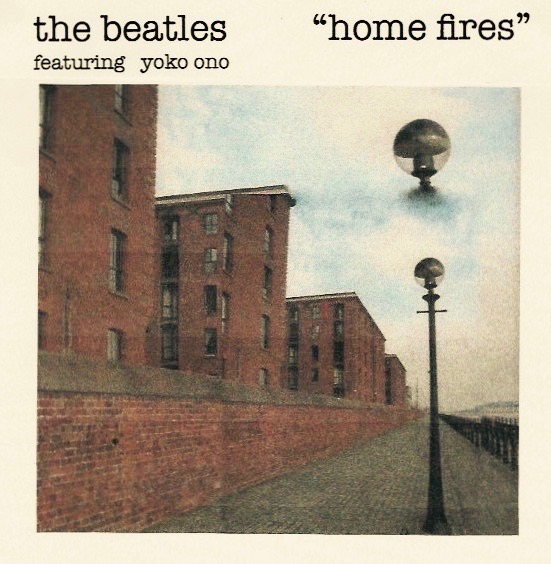 As if this bombshell wasn't enough for Beatle fans, it was revealed last week that over two days in November 1969, the Beatles and Ono reconvened in Abbett Road studio under the watchful ears of Martin (peace be upon him).

And they recorded enough material for a new album which, according to the tape boxes discovered in a warehouse in Clapham, was to be entitled "home fires" (deliberately lower case and in inverted commas).

Much of the material for "home fires" was done in just a couple of takes with few overdubs but the album was apparently shelved when Lennon and Ono decided to become heroin addicts and form the Elastic Ono Band.

The existence of a final album has long been rumoured but until now it had remain unheard.

Elsewhere however has been given and exclusively illegal stream of "home fires" and is pleased to bring you this run-down. And it is surprising, not the least because Yoko Ono is credited on the front cover as well as a contributing songwriter. 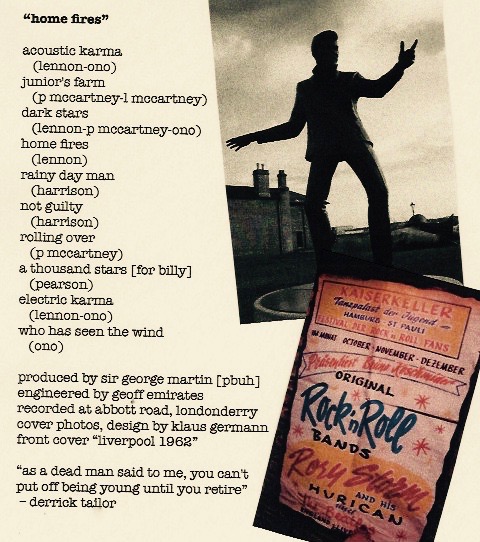 "home fires" opens with a barely audible Lennon on acoustic guitar quietly singing “How in the world you gonna see, laughin' at fools like me. Who in the hell d'you think you are? A super star? Well, right you are . . .”
These words are sung so softly in an intimate folk style – more Nick Drake than Bob Dylan – that the temptation is to turn the sound up, but that would be a mistake because that short snippet (billed in the track listing as Acoustic Karma) is suddenly interrupted by a howl of feedback and distorted guitars (think the opening of It's All Too Much-meets-Helter Skelter) for a furious version of what would later become McCartney's song Junior's Farm (for his band Wingspan).

This is a much faster and desperate version with different words (“You shoulda seen me with Yoko, man. We took the money and then we ran, just in the nick of time she saved the band . . .”)

The song ends with Ono screaming and an abrupt stop . . . at which point all of them, Ono included, burst into laughter.

Then just as quickly comes a mid-paced Lennon track Dark Stars which seems to be about Liverpool legendary rocker Billy Fury (whose statue near the Mersey River is pictured on the back cover of "home fires"), Chuck Berry, Arthur Alexander and Stu Sutcliffe.

As he did on Run for Your Life where he appropriated lines from the Presley hit Flaming Star ("I'd rather see you dead little girl than to be with another man”), here Lennon includes a melancholy couplet from Fury's Wondrous Place, “I found a place full of charms, a magic world . . . a wondrous place”.

It is elusive in its lyrics but is as reflective as In My Life and boasts a beautiful slide guitar part by Harrison with Ringo on cowbells.

The title track follows, attributed to Lennon only and is an even more melancholy piece, an instrumental piano ballad which Lennon plays solo for the first verse and then the band – McCartney on bass first, then Starr and finally Harrison on slide again – join in. The middle section has a fascinating time change like We Can Work It Out and towards the end Lennon is singing softly over and over, “keep them burning, burning, burning. I'll be home soon”.

It is the highpoint of the album and is followed by an equally lovely Harrison ballad Rainy Day Man (which, as with his song Something, takes lines from a song on James Taylor's sole album on their Apple label).

It is deftly orchestrated by Martin (peace be upon him), one of the few tracks to receive overdubs, and the vocal harmonies by Lennon, McCartney and Harrison recall their parts on Because and Sun King off the Abbott Road album which had just been released..

Then there is another Harrison song, yet another take of Not Guilty (which had failed to make The White Album) but here numerous lyrical changes which reference the Manson murders. The lines from his later version are, “Not guilty for looking like a freak, making friends with every Sikh. Not guilty, for leading you astray on the road to Mandalay.”

Here they are “Not guilty for inspiring any freak, taking acid with any creep.
Not guilty, for leading them astray in those homes near Blue Jay Way”. 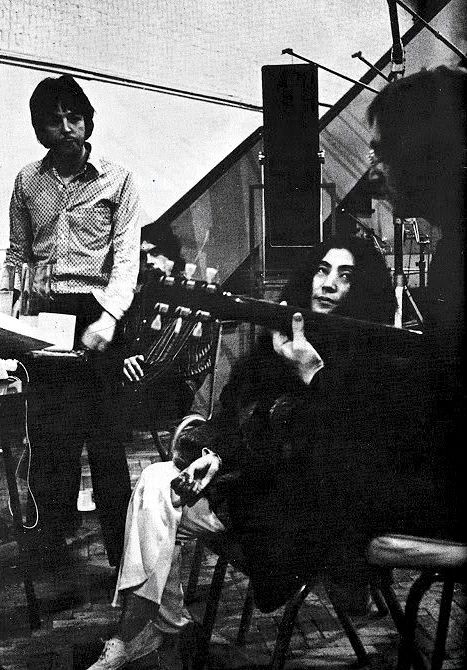 McCartney's up-tempo but minimalist Rolling Over -- reflecting his friendship with Steve Reich and Phibre Glass of New York's minimalist school -- comes with a vigorous cello part and searing sarod (presumably by one of Harrison's Indian musician friends) then there is loving and guile-free cover of Billy Fury's A Thousand Stars by Lennon and McCartney. Their vocals are given a distinctive Fifties echo by engineer Geoff Emirates.

The first single off "home fires" is Lennon's Electric Karma – a version of Instant Karma but here delivered as a pre-glam stomper which anticipates T Rex and the Glitter Band.

It is taken at a faster clip than his later version with the EOB and the final chorus of “we all shine on” builds in intensity as Martin (peace be upon him) multi-tracks their vocals (and perhaps some passers-by) until it sounds like a crowd at Aintree Football Ground in Liverpool.

A real terrace sing-along and anthem. 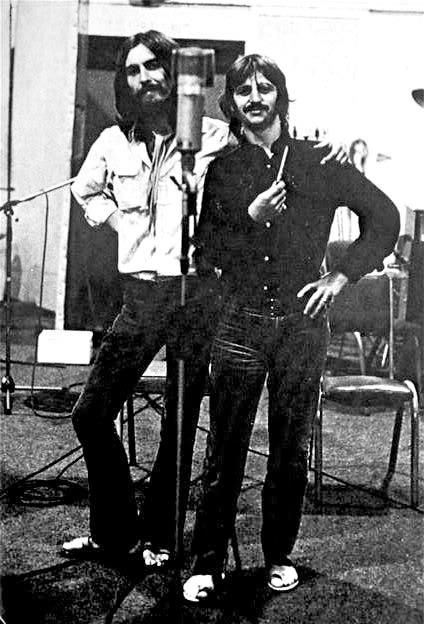 As the track quickly fades an old man's voice in a thick Liverpudlian accents says “Well, it worron't the result we wanted but they're still number one”.

The final track is Ono's Who Has Seen the Wind (which later appeared as the b-side to Instant Karma) and it is sung with Starr, Ono taking the first verse, Starr the second then duetting on the final verse.

It ends the album on a note of delicacy and reflection, and in the final moments we hear McCartney behind Ono's whispery coda of the title quietly counting backwards to the final note, “4-3-2-1”.

Is it coincidence or irony that the last voices we hear on "home fires" are Lennon's two great collaborators, McCartney and Ono?

And that this final album -- with a front cover shot of Liverpool which alludes to Harrison's Wonderwaterfall soundtrack album and an Ono poem -- should end with a reversal of McCartney counting in the first track on their debut album.

It is a beautiful and telling bookend to the Beatles career . . . and "home fires" effectively wipes out the memory of the fisticuffs and serving of writs which marked their awful Let It Back sessions just eight months previous.

History has been rewritten again at Elsewhere. 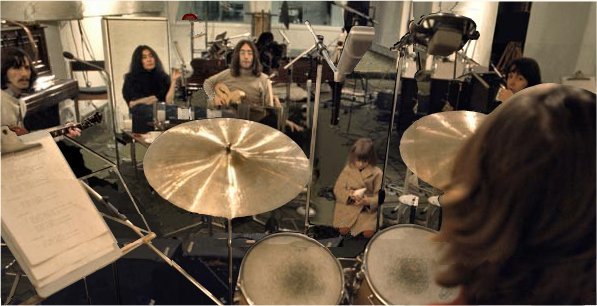 For more rewriting of Beatles history, Elsewhere has articles about the rediscovered Rishikesh Album, and a number of other Beatles rarities as well as these special reports on the remixed versions of The White Album and the 24/1/69 box set

"home fires" will be available on limited edition black vinyl (just 500,000 copies, none numbered or signed) and as a download through the Beatles own website www.beatlescashcow.com.