Writing parody songs is harder than it seems -- one Neil Young is possible but then try for Neil Diamond, the Bee Gees, Hendrix etc. Yet the Flight of the Conchords accomplish it with what seems an effortlessness, which just shows how smart they are.

This album was given a major review at Elsewhere on release (here) so we needn't go over the ground too much.

Other than to observe how the duo adeptly nail not just genres (rap, dance, funk etc) but individual acts (the Police on You Don't Have to be a Prostitute) and even single songs without overtly referencing them.

This song is clearly a bent take on Peter Sarstedt's Where Do You Go To My Lovely? (see the clip of it here) and yet also nails a whole genre of earnest, faux-European folk-pop.

And this album -- which is beautifully packaged with a gatefold cover, lyric booklet and poster -- is chock full of repeat-play humour. As with the Rutles and Spinal Tap, after a while it is hard to tell the parody from the original.

A real rarity among comedy albums, one you can play over and over.

And by being just $10 at JB Hi-Fi stores here, one within the grasp of your modest income.

Which is why it joins our ever-growing list of Elsewhere recommended Bargain Buy albums.

Mmm I think the first album was brilliant from top to toe. However this one is quite patchy though the highlights are as good as anything from that album. 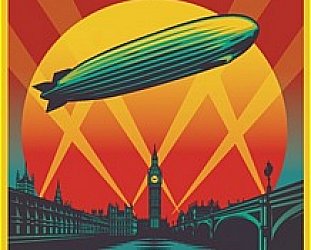 Here's a very timely Bargain Buy for you . . . because later this week we shall see the release of the next two Jimmy Page remastered Led Zeppelin albums. We've had the first three, now here... > Read more