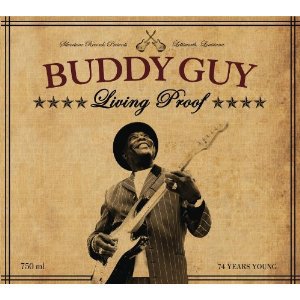 The great Guy has been one of blues' most enduring and endearing characters: he upstaged the Stones in his cameo slot on their Shine A Light doco, and way back influenced Hendrix.

He's been picking up awards for the past couple of decades, but unlike some others who have become part of the institution (and tailor albums for awards, as Santana has done latterly), Guy has always just gone out and made crashing blues. There are a couple of Elsewhere interviews with him here in 92 and here in 2001, in the latter when he suggested he was feeling his age with the passing of his friends and peers.

Nothing on this album would confirm that, although the opener is 74 Years Young which was written for him as are most things here by his drummer Tom Hambridge ("played with kings and Stones") -- but being a septuagenarian that doesn't stop him shredding the blues in his solo.

Nor in the follow-up, the equally autobiographical Thank Me Someday where he says "don't even worry about the neighbours" as he starts to shake the walls and windows with his sonic grind and roaring vocals. He also jokes that he kept his family up all night with his playing, "but they are thinking me every day". Terrific.

And it's all on from there: he's On the Road (with the Memphis Horns); with 85 year old BB King he gets a little sentimental as they thank the Lord for letting them Stay Around A Little Longer (a slow blues with Reese Wynans on Hammond B3, which plays off King's old line "I love the life I live"), and of course his Key Don't Fit your lock when he comes to put it in your door. Still dirty'n'blue.

With Santana he looks back to the origins of Where the Blues Began (not Clarksdale, but between and man and a woman); in a country-influenced soul style he acknowledges Everybody's Got To Go but still ends with a ripping instrumental entitled Skanky (which references a lot of antecedents).

This is gilt-edged, often dirty and utterly thrilling post-Hendrix rowdy blues where the guitar will strip the hair off your head if you stand too close.

At 74 Buddy Guy is still a threat. Unbelievable.

I saw Buddy Guy in Auckland a few years ago and he was fantastic.As a fan I have most of his CD's from the 80's up until today and this latest one is right up there with his best.The man is ageless.

Heard this album earlier in the year and was struck by how hard Buddy rocks at his age. It reminds me of Mississippi Fred McDowell's assertion "I don't play no rock 'n' roll" before blowing the roof off. Even better was the fact it's not the seemingly ubiquitous guest star-laden album that every other bluesman seems to be doing in their twilight years. 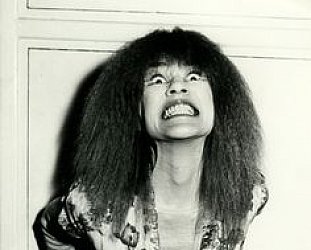