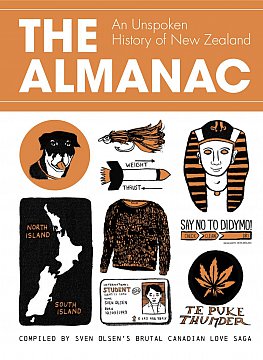 Although no one is quite sure who first said, “History is written by the winners” (or the variants of that phrase), it's generally considered to be true.

And it may well have been for many centuries.

But the world and discourse has changed, especially since the last half of last century. In the post-colonial, post-feminist, post-Marxist, post-internet world of today, history is being reshaped and re-litigated.

We see the past and present, and our place in them, through various versions and prisms . . . and sometimes rose-tinted glasses.

Among young people I know I've heard bald statements such as, “No one feels as strongly about the land as Maori do” (I usually say “Palestinians?” and leave it at that). 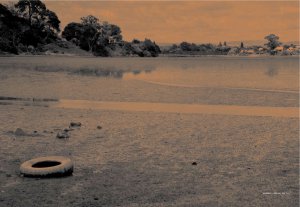 Or in this post-LOR/Hobbit world some version of “New Zealand has the most dramatic scenery in the world”. (Hmm, Iceland, Alaska, the Lebanon, USA . . .)

Such fatuous statements come from those who have perhaps bought what I call The Kiwi Myth of Self. (e.g. we can fix anything with a number 8 wire, although few of us could find it in a hardware store.)

But there has been a healthy humour applied to our history and mores in recent times. From Billy T. James to Jeremy Well's Unauthorised History of New Zealand we have been increasingly inclined to poke fun at our pretensions, character and culture.

Songwriter and all-round creative type Nigel Beckford from Wellington has been skewering Kiwi traits for many years and The NZ Book (from 2012, with writer Michael Fitzsimmons and artists Jess Lunnon and Sandi Mackechnie, see here) was a very funny collection of factoids and observations.

My review concluded it was “a useful guide for visitors baffled by some of our ways . . . and a perfect gift for family abroad to remind them of home and how strange but beautiful it can be”. 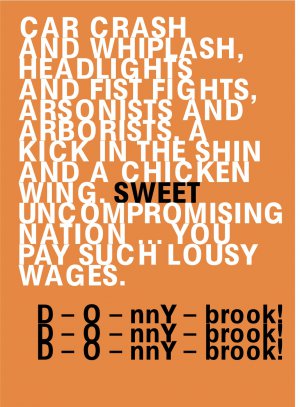 Beckford's latest project with his alter-ego band Sven Olsen's Brutal Canadian Love Saga (so with numerous collaborators) is The Almanac; An Unspoken History of New Zealand which comes as a bright orange USB stick containing 55 songs (a whopping four hours-plus of music), and a 100 page illustrated book of lyrics, photos, drawings and explanatory notes on some of the references in the lyrics. And a fly swat.

This song-cycle was also recently presented as a stage production/theatre piece over three nights in Wellington. Beckford said in an e-mail the backing singers “now call themselves 20 feet from obscurity”.

He also says The Almanac – three years in the making – looks at the many ways things can go wrong in New Zealand (scrum collapses, arson, floods, boy racers) and the first lyrics in the book (but not the first song on the stick oddly enough which has them in a different order) are “sweet uncompromising nation, you pay such lousy wages . . . sweet uncompromising nation, Nature's own Playstation. My god, the things you've made me do just to save your bacon”. 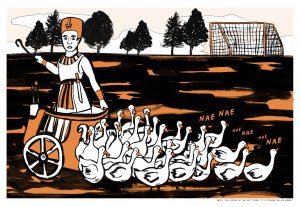 These songs reference Bob Charles action-gusset shorts (the teens won't have a clue on that one), the Rose of Tralee, various politicians, love that melts the heart like a Sunday roast, shopping for a lawn mover (“on drugs”), the Tip Top factory, Te Puke Thunder (especially powerful marijuana), a persistent tagger in Hastings . . .

There is poetry here too however: “The horizon's sunk like a battleship and the sky's a Scratch and Win”, which sounds like an antipodean Tom Waits of old. That image opens the marathon Grateful Amputee (with the refrain “I'm all Veitched up” and returning to the idea of lousy wages) . . . and the lovely You Can't Guard a House Forever opens with “We weren't surprised to see the house ablaze . . .”

There is clever word play also: In Clermont Terrace, a tale of love and alcohol, includes “that doesn't mean it was all plain sailing, every day brought a new way of failing, they taught me to drink and they taught me to drunk, I thought all of my isthmuses had come at once”. 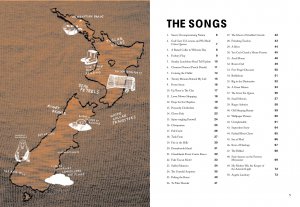 But The Almanac is not Kiwi dickhead culture (as epitomised by Jono and Ben at 10, and mosts ads featuring young males) but rather a recognition that the Great New Zealand Novel would never be a Bone People, but more probably Barry Crump's A Good Keen Man because it spoke to and for us, much more than any more worthy book.

What is key here however is that these songs often have a delicate touch, a lightness of melody and a sympathetic delivery which casts them as love songs to a nation, not a cruel critique.

The strings on Sweet Uncompromising Nation and the gentle roll of guitars and piano are utterly seductive, and then you hear the lyrics. Despite its title, Cruising the Chiller is far from Th'Dudes' Bliss but a drifting ballad sung by a few of the many women who have contributed to this.

The observations might be tart ("sometimes living on an island feels like solitary confinement" on A Giant Silence) or "poke the Borax" as on Stalled Mansion . . . or point to the social divide ("five finger discount, it's the only way we learned to count"). But they ring with quiet and often unspoken truths . . . or sometimes truths shouted loudly into the indifferent and relaxed attitudes in New Zealand.

Although Beckford mentions “the passionless people” (the phrase coined about New Zealanders by Gordon McLaughlan during the Muldoon era but reaching its apotheosis in John Key's “smiling zombie” face as he wrote in a recent revisit to that theme) there's no sense of that here.

Passions may largely be cool across The Almanac, but you don't write songs like these witty, astute, gently satirical and cleverly couched observations, if you don't feel a deep love for the strangeness of our ways and the people of these islands.

This is what happens if we see ourselves as others see us.

Or better, to see through how we prefer see ourselves in order to see us as we are.

The Almanac; An Unspoken History of New Zealand compiled by Sven Olsen's Brutal Canadian Love Saga is available here as a limited book/USB/flyswat for NZ$40 or more . . . or as a download of 21 song from iTunes here (NZ$18.99) or through amplifier (here, NZ$19.95) the songs in two volumes (just NZ$7 or more each) through their bankcamp page here.

There will also be a 12 song vinyl edition of people's choice of their favourite songs.

Sven Olsen's earlier collection Songs from the Bottom of a Hill was one of Elsewhere's best albums of 2010: see here.

Sounds great, love that NZ history is fluid and being sung about. Though I wonder about Bob Charles' action gusset shorts, weren't they action gusset shirts? Designed to allow that oh so immaculate left hand golf swing? GRAHAM REPLIES: Correct, but let's keep that typo there to confuse more than teenagers!