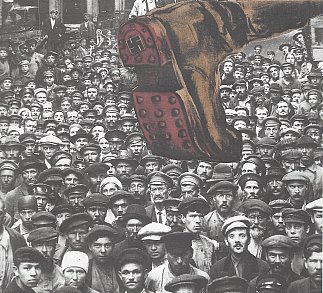 The unwelcome rise of right wing and overtly neo-Nazi groups across Europe, South America, South Africa and in the US seems inexplicable to decent folk, and more so to those with a grasp of history.

But cowardice and anger is given strength when it finds company and these groups which attack the weak and often easily identified – notably immigrant people and Jews – draw their power and confidence from the belief that their targets won't or don't fight back.

There seems the widespread belief – perhaps re-enforced by wartime Holocaust footage – that Jews, for example, simply waited around at home for Nazi goons to round them up and herd them onto trains which took them to the death camps.

Jews seem to be represented as passive, fatalistic victims, resigned to their inevitable end.

But this doesn't account for Jewish resistance groups, uprisings against Hitler's uniformed thugs or the number of Jews outside of Nazi-occupied Europe who joined up to fight the tyranny of racially odious and corrupt National Socialism.

In the Soviet Union for example almost half a million Jews enlisted to fight the Nazi threat.

Their stories remain largely untold or unrecorded, but in recent times a remarkable archive of Yiddish songs from that period has been been discovered in unmarked boxes in the Ukraine.

And their story deserves to be told and recorded.

These songs – lyrics mostly, now set to music – appear on the beautifully presented and well-annotated Yiddish Glory: The Lost Songs of World War II which comes from an unlikely source, Toronto in Canada. 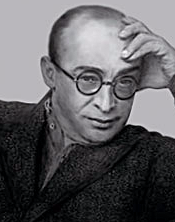 As the liner notes explain, during WWII a group of Soviet Yiddish scholars from the Kiev Cabinet for Jewish Culture began a project to collect and preserve Jewish culture in this time when it seemed at most peril from the invading German army.

This group, lead by Moisei Beregovsky recorded hundreds of new Yiddish song lyrics which spoke of military service in the Red Army, survival in Nazi-occupied territories or along the extensive home front and of sticking it to Hitler and his Nazi gang. And often with extreme violence.

The idea was to publish an anthology of these songs but, in one of the most bitter of historical ironies, after the war Beregovsky was arrested in one of the many Stalinist purges of Jews.

Although he didn't die until 1961, Beregovsky lost contact with the work he and others had done when the documents were sealed and removed.

At the time of their deaths he and his colleague Ruvim Lerner (1912-1972) believed their work has been lost.

However in the 1990s a number of unmarked boxes were discovered in the Vernadksy National Library of the Ukraine and the librarians began to catalogue what had been this remarkable archive of Yiddish Soviet songs, some of which recorded the Nazi atrocities from first-hand observation.

A few of the songs had written melodies but most were simply the stark lyrics and so – in a project not dissimilar to Billy Bragg and Wilco writing music for Woody Guthrie's lyrics, or others doing the same for Hank Williams' words – new music was created for these songs, none of which had been performed for 70 years. 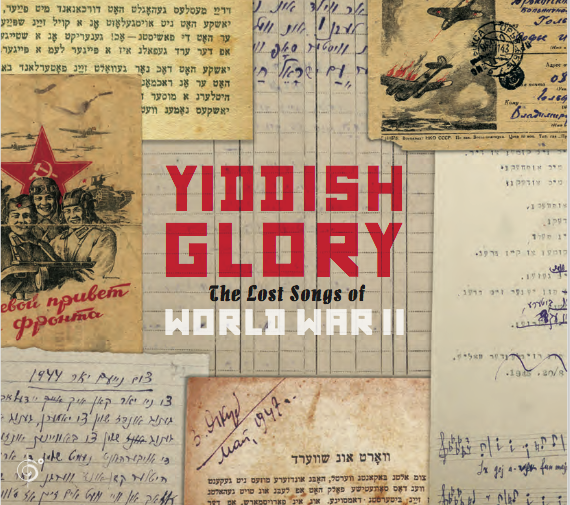 The resulting album Yiddish Glory; The Lost Songs of World War II was helmed by the academics Anna Shternshis and Dr Pavel Lion (aka Psoy Korolenko) of the University of Toronto with musical director/Romani violinist Sergei Erdenko whose scores referred to traditional Jewish songs and wrote one new setting.

With a small vocal ensemble and classical instrumentalists, the project came together over three years.

What will perhaps surprise many listeners more familiar with the yearning sound of Yiddish songs is how assertive many of these lyrics are. The writers gloat about German defeats, attest strongly how they will defeat Hitler and the fascists, speak with unrestrained violence (“we'll slice strips from you as we would a non-kosher animal”) and celebrate their weapons as instruments of revenge.

Of course there are laments here too, from children, wives, refugees . . .

Some of the lyrics (all in Yiddish but translated in the booklet) reach back into Jewish culture for analogies such as Shelakhmones Hitlern/Purim Gifts for Hitler where the German leader is liked to Haman from the book of Esther, Torquemada and others who have sought to destroy Judaism: “Your angry dreams are wild and silly. We are alive and we will survive no matter what. Your bleary end will be on Haman's tree while the Jewish people live on and on!” Many of these lyrics were written by ordinary people in letters or poems, some by eyewitnesses to history and its victims: Mames Grav/My Mother's Grave by a 10-year old and sung by a 12-year old here; the massacre at Babi Yar where more than 33,000 Jews were killed over two days recounted in words by 73-year old Golda Rovinskaya.

The musical settings err towards klezmer or old folk tunes, and Kazakhstan – the newly composed piece – refers to Roma, Romanian and Yiddish styles to acknowledge the mutual suffering of all these peoples under the German jackboots.

Kazakhstan appears twice on the album, the first time sung by Juno-award winning Sophie Milman whose grandmother survived the war as a refugee in Kazakhstan.

There is however also Nitsokhn Lid/Victory Song written in 1945 (“drink another l'chaim for the Red Army and give a toast to them all”) which comes with a celebration of Stalin: “May he have many years before him, because in the whole wide world there is no other like him!”

Of course, he turned into yet another oppressor, just like so many others before and after him.

So these are more than just Soviet Yiddish lyrics and songs but history, suffering and resistance distilled into deeply moving stories.

And in the current climate with the rise again of fascism, the demonising of migrants and refugee crises in various parts of the planet, this collection speaks of a dark past which seems to come perilously close to a future we would be ashamed of, lest we forget.

Yiddish Glory; The Lost Songs of World War II is available through Amazon and is on Spotify

For other articles along these lines see here and here.