The American journalist Robert Wilonsky once observed of Tom Waits' music, either you like the sound of a barking dog, or you buy yourself a cat.

Those of us who love and admire Waits' work live with the sound of the barking dog.

Waits may have often made a beautiful noise, but it was a noise nonetheless. From a bohemian barfly poet with an affection for the Beat Generation, Frank Sinatra and Raymond Chandler to the clank'n'grind noir-noise of his more recent albums, Waits' career has been one of the most rewarding to follow.

He cobbled together a surreal amalgam of country'n'western, French chanson, New Orleans jazz, Berlin cabaret, and sea shanties -- and somewhere deep within there was an affection for the sentimental Sinatra. Looking back on this long career it's clear he had to abandon his early persona, the one which sang of waitresses and bourbon.

For too long Waits' audience mistook the music for the man. Tom was the drinking man's singer.

The break from his increasingly cliched image as the boozy lounge singer came with that extraordinary trilogy of mid Eighties albums (Swordfishtrombones, Rain Dogs and Franks Wild Years) where he abandoned piano, strings and whiskey-soaked sentiment for guitar, bullhorn and uncompromisingly aggravating percussion.

He went from Beat to beats, and for that we -- as he does -- must credit his wife, the screenwriter Kathleen Brennan, who has encouraged him and been his collaborator since 1980.

That shift in direction opened the door for him to stage his own one man show Frank's Wild Years and embark on soundtracks (One From The Heart, the eerie Night On Earth), and then to write for theatre productions (The Black Rider, Alice)

His album Bone Machine from '92 won him a Grammy for best alternative album. His response was "alternative to what?"

Inevitably along the way some songs were sidelined and never made it onto albums, others appeared and just as quickly vanished.

This triple disc set Orphans -- in a handsome cover like a battered old manuscript found on dusty shelf -- scoops up 56 little known or unreleased tracks from all parts of his long career and puts them together under loose categories: Brawlers, Bawlers and Bastards.

This is like Waits' version of Dylan's Bootleg Series Vol 1-3 box set which rewrote the received biography.

The titles of the three discs here are self-explanatory: rowdy bar songs, sentimental songs, and off-cuts which don't seem to fit anywhere.

The Bastards disc is poetics, drunken conversations on a corner, an eavesdropped slur with friends . . . And a refined and reduced version of all that. Waits may have sometimes sounded like the drunkards' poet, but if ever you listened carefully -- soberly possibly? -- to what he said, it was always refined and distilled.

Of the Bawlers there are some genuinely moving songs almost designed to have you . . . He covers Sinatra's Young At Heart, the Ramones' Danny Says and Huddy Ledbetter's Goodnight Irene. In his own way.

Brawlers speaks for itself. But let it be known here is Waits covering those serially damaged kindred Skip Spence and Daniel Johnston, Brecht/Weill's What Keeps Mankind Alive, a Bukowski poem and Kerouac. Threads of influences are tightly woven here for future (or present day) researchers to unravel.

And interestingly enough in the many years since its 2006 release others (you do the homework on that) have found gems within to pull out, buff up a bit and re-present.

This is a remarkable collection of off-cuts, one-offs and lyrics you might read stuck up on lamp-posts.

Only Dylan's Bootleg Series matches it for genius left on the cutting room floor. But unlike Bob, this one barks like a dog.

For more on Tom Waits including an interview, biography review and many albums reviews start here.

Never enjoyed his barking dogs much, but this set of discs is brilliant. Bawlers perhaps my favourite disc - lovely sentimental numbers tempered by the odd 'Little Drop of Poison', all treated to the emphatic Waits growl. All wrapped in great package. 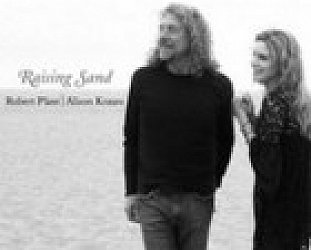 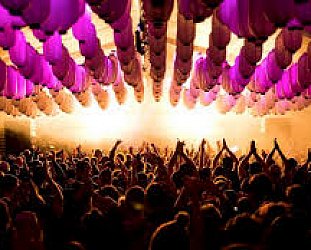