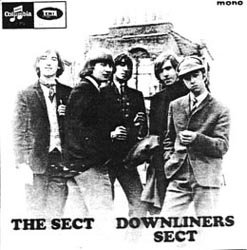 Some people live interesting lives . . . but when it comes time to check out their timing is appalling: the author Aldous Huxley (Brave New World, The Doors of Perception) died the same day John F Kennedy was shot (you can guess who got the greater coverage) and Dean Martin checked out on Christmas Day which isn’t the best time to get a nice obituary.

Phil Lynott of Thin Lizzy also caught journalists away on holiday when he went into a coma on a Christmas Day then died on January 4 1986.

Saxon’s death went largely unnoticed -- which was shame because he was an eccentric talent who pioneered psychedelic garageband rock. After the Seeds he joined the Source Family religious sect in Hollywood, in later years he had other bands, collaborated with Billy Corgan of Smashing Pumpkins and his age on his death was various listed as 65 or 71.

American garageband rock of the Seeds kind was very different from the British version of the same period and the latter, ironically, leaned heavily on rhythm’n’blues from the States.

In their earliest incarnation the Rolling Stones, Yardbirds and the Pretty Things created seminal, ragged but rocking garageband noise which was raw, sensual, undisciplined and rhythmically driving.

Of all the British r’n’b garagebands which emerged in the early Sixties the Downliners Sect -- a five-piece which formed in London and were arguably one of the earliest British r’n’b bands to establish a live reputation -- delivered a classic debut album: The Sect in 1964.

While the Beatles were wanting to hold your hand the Downliners Sect yelped through Willie Dixon’s I Wanna Put A Tiger in Your Tank, a very different sentiment.

While the Stones were seeking a way into mainstream acceptability, the Downliners Sect’s debut included songs such as One Ugly Child, Jimmy Reed’s Baby What’s On Your Mind, plus a couple of suggestively titled and salaciously delivered originals written by their producer Mike Collier which were based around the simple Bo Diddley riff: Be A Sect Maniac and Sect Appeal.

Kicking off with a ferocious version of Charlie and Inez Foxx’s Hurt By Love, The Sect album establishes its ethos immediately -- it is rough and energetic -- and the follow-up track is One Ugly Child which kicks in with a hammered piano riff courtesy of an “anonymous ’great’ who sat in” (as the cover said) with “thanks due to Andrew Loog Oldham for loaning him to us“.

This suggested it might have been Rolling Stone Brian Jones. Or maybe it was future Led Zeppelin member John Paul Jones who the following year tinkled the ivories on the Sect song Waiting in Heaven. More likely it was Ian Stewart.

For this impressive debut they tossed in some Chuck Berry covers (Our Little Rendezvous, Guitar Boogie and Too Much Monkey Business) and their treatment of Easy Rider, Bright Lights Big City and Bo Diddley’s Cops and Robbers. Terrific all of it.

This was a record which burst with raw energy, was parent-baiting r’n’b rock and owed nothing to the cheerful Merseyside pop music of its day.

But the seeds of the Downliners Sect’s destruction were also evident: they had no original songs other than the slow Lonely and Blue by bassist Keith Grant and guitarist Terry Gibson. Their EP The Sect Sing Sick Songs of the following year (after their album The Country Sect in which they played country and folk) showed them to be somewhat directionless.

They also liked to yuck it up too much on novelty songs: witness their earlier single Little Egypt which was hit in Europe (number one in Sweden) and later songs which were just too self-referential (Insecticide, Leader of the Sect etc).

Within a year of their great one-off debut album, harmonica player Ray Some had been tossed out, after their ’66 album The Rock Sect’s In two more quit and were replaced, and . . .

So it went, it was all downhill for the Downliners.

They finally split up in 1967 -- but a couple of members reformed a band under the Downliners Sect name in ’76.

A version of the Downliners Sect tours even today -- but their only truly great moment was on The Sect, an album which sounds like a bridge between the early Pretty Things and Stones to Howlin’ Wolf, Chuck Berry and Bo Diddley.

It is never too late to be a sect maniac. 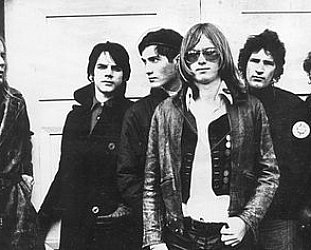 Radio Birdman were one of the great Detroit rock bands, except they came from Sydney. Inspired by the Stooges and MC5, they blasted out of Australia in the pre-punk Seventies in one of those short,... > Read more