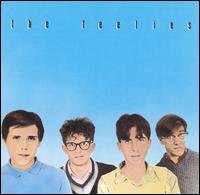 Pub quiz time and your starter for 10 points: Who was the drummer in Talking Heads?

Okay, let’s flip all the cards and remind you that the drummer in Talking Heads was . . .

But before we do that let’s stop for a moment: isn’t it odd that many find it hard to remember the drummer’s name in band that was so driven by rhythm?

Talking Heads’ urgent, stabbing early material on their debut Talking Heads: 77 and More Songs About Buildings and Food morphed into huge, swinging and driving Afrobeat-influenced albums such Remain in Light and the live album The Name of This Band Is Talking Heads by which time they had augmented the line-up with percussion players, trumpeter Jon Hassell and others.

Talking Heads weren’t the only rhythm-driven band to emerge from the New York Downtown scene around clubs like CBGBs however.

One of the most interesting groups at that time were the Feelies, a four-piece from middle-class Paterson, New Jersey who would drive across to Manhattan and play the Mudd Club, Max’s Kansas City and CBGBs.

Their origins date back to 1972 when guitarist Bill Million started jamming with drummer Dave Weckerman and guitarist Glenn Mercer. By the mid Seventies Weckerman had dropped out and been replaced by Vinny DeNunzio who brought in his brother Keith on bass.

The buttoned-down and mostly bespectacled Feelies -- who looked like those nice boy-next-door axe-murderers from a Fifties copy of Life magazine -- played obsessively constrained, rhythmic music where the dual guitar lines of Million and Mercer intertwined, much like Tom Verlaine and Richard Lloyd were doing in Television around the same period and in the same clubs.

This was increasingly complex and disciplined music (you could imagine Robert Fripp might have admired their taut restraint) and in the late Seventies New York’s Village Voice hailed them as the best underground band in the city.

Being acclaimed but without a record deal when everyone else was being snapped up doubtless lead to some internal frustration, which may be why drummer Weckerman quit and was replaced by Anton Fier who had previously played with Pere Ubu.

There might have been another reason: apparently Weckerman was annoyed that the guitarist/writers said he couldn’t play cymbals because their high frequency detracted from what they were trying to do with the interweaving guitar lines. Yes, they were that obsessed by their distinctive sound.

Whatever the truth, it was with Fier that they finally secured a record deal, and it wasn’t with any New York or even American label.

The punk/post-punk British label Stiff Records -- which gave the world Wreckless Eric, Ian Dury, Rachel Sweet, Nick Lowe, Lena Lovich, Elvis Costello and others -- turned up with a contract and stuck the band into Vanguard Studios in New York for a month, a period unheard of for a Stiff band who were more used to getting in and out in the shortest possible time.

But the Feelies’ complex, intricate and razor thin music deserved such perfectionism.

Their debut album Crazy Rhythms of 1980 was too late to catch the new wave lead by Blondie, Talking Heads, the Ramones and so on. But it stands today as an idiosyncratic, emotionally tight and elaborately constructed rock album which looks back with irony (their minimalist version of the Beatles’ Everybody’s Got Something To Hide But Me And My Monkey) but also carved a niche in songs such The Boy With Perpetual Nervousness and Original Love.

Musical reference points for this album are obvious: a slice of the Velvet Underground; certainly the influence of the Modern Lovers' debut album and that band’s Jonathan Richman particularly; Eno’s Here Come the Warm Jets; a little Pere Ubu . . .

Tom Carson in Rolling Stone observed that on a first listen you might think it was the surf-rock band the Ventures gone art-rock.

He also noted: “The Feelies treat rock’n’roll guitars as pure sound -- textures, tones and rhythms to be experimented with, stretched, cantilevered, playfully bent into every possible shape -- and Crazy Rhythms reveals a more intricate, volatile musical approach than the group’s high-octane live shows.”

Carson also observed that Mercer’s lapidary guitar style with its loping clusters of flat-picked notes strung like beads on tune had some elements in common with Mark Knopfler of Dire Straits (remember Straits were pre-Brothers in Arms megastardom and only had two albums out at the time) and that there are witty vocals, unresolved instrumental guitar duels and odd juxtapositions of neo-rockabilly atop Fripp-like guitar modulations and vocal hooks.

There was also a light touch to Crazy Rhythms which so many other bands of the period lacked, doubtless because they had many years and live shows to get all their glitches worked out before taking to the studio to self-produce with Steve Abel, who called them “the most obstinate people I have ever met”.

They knew what they wanted to do in what might have been their only shot, and they pulled it off brilliantly on this rhythm-driven debut.

The Feelies are also the band which hovered in the background of popular culture: they were the high school band in Jonathan Demme’s film Something Wild and they featured on the soundtrack to the downbeat Smithereens of ‘82 which featured Richard Hell (a corrective to the later Desperately Seeking Susan). They were also quietly influential and REM, Yo La Tengo and Weezer (who mimicked the Feelies album cover look on their debut, right) all cite them as a major influence.

One listen to the short, sharp Raised Eyebrows and you can guess Flying Nun bands like The Clean, the Verlaines and the Chills must have heard this album too.

REM’s Peter Buck co-produced the Feelies second album The Good Earth of ‘86 -- but by that time Fier had quit (he founded the innovative Golden Palominos) and so had Keith DeNunzio.

Their momentum was lost and the world had moved on also, and although a version of the Feelies continued until the early Nineties (and was critically acclaimed for their third album Only Life in ‘88) it had been a short time in the sun.

But what they left on Crazy Rhythms is an album which still sounds avant-garde without sacrificing any pop sensibility. It also has that rarest of characteristics in art-rock: it is fun.

Oh, and by the way: Talking Heads’ drummer was Chris Frantz.

But you knew that already, didn’t you?

Note: Crazy Rhythms was only reissued on CD in late 2009. It came with two extra tracks. They played the album in its entirety for an All Tomorrows Parties‘ Don‘t Look Back show at the same time. 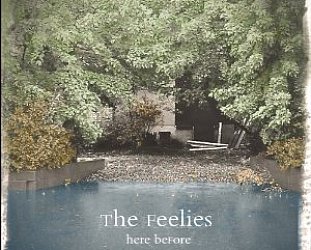 The Feelies: Here Before (Pop Frenzy)

When a band which made one your favourite albums three decades ago -- Crazy Rhythms, an Essential Elsewhere album (here) -- gets together for their first album in 19 years you enter with... > Read more