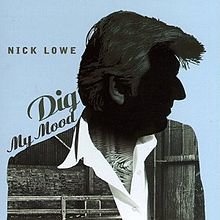 It is coming up close to two decades since Nick Lowe -- once a laddish and witty figure in British rock in the immediate post-punk days -- decided to take the long view on his career and reposition himself.

As he told Elsewhere late last year, “Back when I first got noticed in the Seventies it was for being rather irreverent and popping bubbles, and I was a bit cheeky. A certain kind of fan liked that, but I got very tired of that very quickly so I tried to eliminate that smart arse thing from what I was doing."

And so, since his album The Impossible Bird in '94 (which included The Beast in Me covered later by Johnny Cash) he shifted ground from smart -- and smart arse -- pop-rock into material which drew from the lineage of Sam Cooke soul, songwriters like Charlie Rich and Dan Penn, American country, Southern soul . . .

All genres with history and a timeless quality.

And alongside his considered originals he would include covers of songs by the likes of Ivory Joe Hunter and Ray Price whose lyrics slipped in easily beside his mature look at life and himself. He also hooked in some of the classiest and discreet players around (among them Bill Kirchen), many of whom became his longtime touring band.

Live, he would still sing his early classics like What's So Funny "Bout Peace, Love and Understanding, but now it would be delivered with less urgency and more sad sensitivity, and even a tinge of regret.

Lowe's concerns weren't to be found in the quick quip or the throwaway line but in deep analysis tempered with a more wry humour. He didn't deal in irony either, just honed his lyrics down to observations.

After The Impossible Bird he came back with Dig My Mood which challenged its listeners from the first song. Not many artists would open an album with a moody ballad entitled Faithless Lover and follow it with the equally grim sounding Lonesome Reverie. Yet the former is bleakly beautiful and Lonesome Reverie sounds peeled from the Sam Cooke songbook and hooked to a delightful soft-pop sound.

Elsewhere on the album he offers You Inspire Me -- pure Nat King Cole and which might be the album's most positive lyric, unless you count the country ballad I Must Be Getting Over You and the embrace of Freezing with its "come inside, into the warm" -- but mostly he looks closely at, if not himself, then at least people who have lived and been hurt. And have inflicted hurt.

On the superb What Lack of Love Has Done he could almost be autobiographical if he wasn't too smart to fall for that: "Well, I go around the world, and this is what I do. I say love's a hurting thing, because I know it to be true. When I get up in the spotlight, and my story has begun, I try to explain what lack of love has done . . . And though I do it nightly, it never is the same, for its a never-ending story of jealously and blame. I know what you're saying, that I'm on the run, but there is nowhere to run from what lack of love has done . . ."

There is darkness (Failed Christian written by Henry McCullough), human failing (The Johnny Cash railroad rhythm on Man That I've Become), the search for meaning in a life of emotional scarring and disappointment (High on a Hilltop) and the album closes with a lightly rockabilly blues treatment of Ivory Joe Hunter's Cold Grey Light of Dawn.

If this sounds alarmingly introverted and serious, there is romantic escapism (Time I Took a Holiday) and the music (as well as Lowe's delivery) ameliorates the darker edges.

There are songs here you could imagine might be sung by Al Green, Bing Crosby and Elvis Presley as well as any number of smart country singers.

Because of their content though, they are songs Lowe could sing until the end of his days without embarrassment. And you couldn't say that, as he himself realised at 45, about many of the songs on Jesus of Cool or Labour of Lust in the Seventies, cheeky, irreverent, witty and wonderful though they may have been.

Dig My Mood opens a door into the late career of Nick Lowe, and it is a rewarding place to be, even when he gets a bit acerbic.

There is more on Nick Lowe (including interviews and album reviews) at Elsewhere starting here. 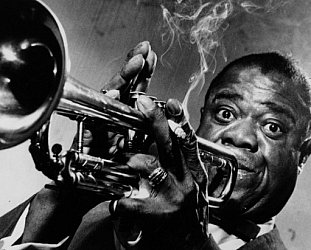