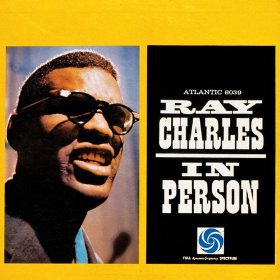 The legendary song-plugger, record exec, talent scout and record producer Jerry Wexler (who coined the phrase "rhythm and blues"  in '49 for Billboard magazine's black music charts in place of "Race Records") said in his 1993 autobiography Rhythm and the Blues; A Life in American Music -- co-written with David Ritz -- that Ray Charles was the first and only one of three geniuses he met in his life.

A jazz and blues hound from when he was a teenager in the Swing Era, Wexler first met the man the world knows as Brother Ray in '53.

Charles was 23 and Wexler, who was at Atlantic Records, was 36: "And in spite of my conflicted feelings of anxiety on one hand and need for control on the other, I realised that the best thing I could do with Ray was leave him alone," he wrote in his book.

"He needed a producer like [McDonalds founder] Ray Kroc needed a hamburger. Ray had everything."

In the studio Ray Charles would arrange charts and harmonies for the budding Raeletts/Raelettes (originally the female vocal group and soul-empowered "amen corner" singers the Cookies on Atlantic's roster whom Wexler introduced to Charles) . . .  and he would sometimes sing harmony parts in overdubs.

But, as Wexler notes, "Paradoxically, Charles, hailed as great original was an absorber and an adapter".

And -- as we know when we listen to the vast body of work Charles recorded -- Brother Ray brought the sounds and styles of Nat King Cole, Hank Williams, the street and the church, old soul and substantially deep treatments of songs by Lennon-McCartney (his Eleanor Rigby is extraordinary). and New Orleans sounds into the same orbit.

Charles was also a jazz man who knew spirituals ("He'd been singing spirituals since the age of three" writes Wexler) into something unique. 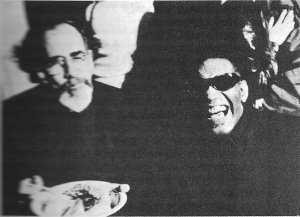 When Wexler used "genius" about Ray Charles it was a word carefully chosen.

And when record companies released albums with titles like The Genius of Ray Charles, The Genius Sings the Bues, Genius + Soul = Jazz and others, they weren't hyper-inflating as they do in the 21st century for minor talents, just stating the truth.

Few artists can get away with the "genius" word on their albums -- Thelonious Monk one of the select also -- but Ray Charles was, as they say, in the pocket.

It's a measure of his gifts that his rock'n'soul gospel-cum-party song What'd I Say from the late Fifties was initially just a filler riff to pad out his live shows. But the call-and-response groove (banned on some conservative US radio stations at the time becase it blurred the sacred and secular) hit a number of targets: notably the young rock'n'roll crowd.

A band which would become the Beatles covered it in Hamburg and it was the staple of Liverpool bands on the cusp of the Sixties.

There's an irony therefore that Elsewhere should choose this live album from that same period, because it only tangentually connects with those teenagers (there's a pumping version of What'd I Say but it is more bottom-driven jazz than coupled to tremelo rock'n'roll, even though the crowd goes wild).

The importance of this recording of a wet, open air concert at Herdon Stadium in Atlanta (before just 9000 who braved the rain) in May '59 was that Charles and his band were just one of a bill which included Ruth Brown, the Drifters, Huey Smith, BB King . . .

God, what wouldn't you give to have been there for that?

Ray and his band -- which included David "Fathead" Newman on tenor, Bennie Crawford on baritone and the Raeletts/Raelettes (featuring the great Marjorie Hendricks on The Right Time and Tell The Truth) -- are an audible bridge between jazz, soul, Latin and nascent rock'n'roll.

And of course the gospel spirit of inclusion is everywhere.

Ray sings about the "rock'n'roll beat" in Sy Oliver's Yes Indeed! . . . and there are great bridges (as on the intro to Milt Jackson's The Spirit-Feel) where the saxes take over -- Ray maybe left the stage to compose himself or was fixing himself up -- and there's a lovely nod to When the Red Red Robin Comes Bobbin' Along.

If you need evidence of the point where great black musics collided in happy harmony it is this album. It surprises at every turn.

And here's the strange news: It was recorded by Zac Sears who simply set a single mike at the centre of the stage in order to get a few soundbites for use on radio to promote the next Ray Charles show.

As Wexler says, when he heard the three minute sample sent him by Sears: "I got the chill bumps. The sound was clear as glare ice. I couldn't wait to get 'Zenas' on the phone and ask how much more there was. He had the whole damn thing on tape".

And so the half-hour set appeared as Ray Charles In Person on Atlantic 8039 not long after.

And beautifully, it opens with Brother Ray introducing what he calls "The Night Time is Right Time" with Margie Hendricks in full soul scream . . .

Then it gets better, deeper, wider, stronger and sometimes stranger . . . 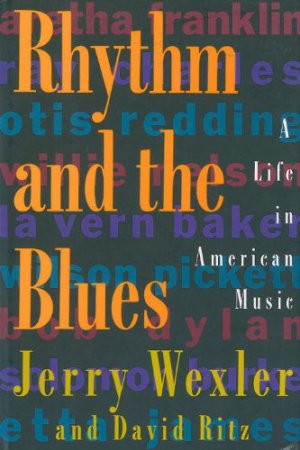 But here's An Event which happened five years previous and, even now -- some 55-plus years on -- it convincingly proves the great Ray Charles could create music which could channel the same sexual desire: "Pleeeease me" screams Hendricks in a way you know that no man could ever please her raging need. And Ray is right there screaming with her.

There is pure jazz here (Frenesi which opens the seond side) but also ineffibly fathomless soul on Drown in My Own Tears which follows.

As the Jerry Wexler -- who died in 2008 aged 91-- says in his chapter about Brother Ray: "Ray Charles took care of it all; simultaneously he was a bopper, a bluesman, a gospel shouter and the initiator of a back-to-the-roots jazz/soul movement".

"Ray saw past categoeries and simply played what he felt."

You can feel it -- in the heart, the soul, the gut and the feet - on Ray Charles In Person.

There is more about the great Ray Charles at Elsewhere here. 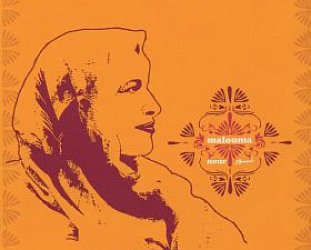