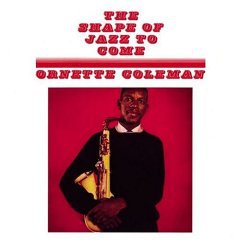 Recently I was asked if I would contribute a page to a monthly magazine on famous musicians I had met. That part was easy, I've met quite a few. But then the person said they would like to run the article with some photographs of me with such stars. "You must have hundreds," he said.

I had to disappoint him: I always saw my role as that of a journalist, not a fan there to get photos or autographs.

As a result I have only two photographs of me with anyone remotely famous: one is with an Elvis impersonator (I forget which one) and the other is with Ornette Coleman.

I said if he thought his readers would know who Ornette was then I'd be happy to write something and provide the picture of the two of us on a couch in a New York loft.

Needless to say, I'm not appearing in that magazine.

But for me meeting Ornette Coleman was the highpoint of my music journalism career -- and it took place in a photographer's studio in New York so getting the photo wasn't an uncomfortable or awkward thing. The guy just snapped it off, and it sits on my desk.

When I met Ornette Coleman in the mid 90s he was about 65 and looked as dapper as ever. He always wore smart suits and on this day the buttons had arrowheads pointing in different directions, which seem an appropriate metaphor of his musical career.

Coleman in nominally a jazz man: he plays saxophone (sometimes trumpet and violin), and his first recordings in the late 50s had Charlie Haden on bass, Billy Higgins on drums and Don Cherry playing cornet or pocket trumpet.

It was improvised music and jazz for sure, and Ornette played a plastic saxophone.
But Coleman told me he preferred the description "composer" and that seems fair enough. He has written orchestral peices (Skies of America was performed and recorded by the London Symphony Orchestra in '72), soundtracks (Chappaqua Suite in '65 was never used because the director felt it would overwhelm the movie, Naked Lunch in 91 brought him to a wide audience) and his music has been performed by string quartets and Downtown NYC avant-jazz guys like John Zorn.

Coleman -- who won a Pulitzer Prize in 2007 for his most recent album Sound Grammar, and a Grammy lifetime achievement award -- has also performed with Yoko Ono, Lou Reed, the late Grateful Dead guitarist Jerry Garcia (on a wonderful and accessible album Virgin Beauty in '88), guitarist Pat Metheny, singer-songwriter Joe Henry and others. But they have been rare guest spots.

Coleman has always measured himself, and few could hear his visionary music in the way he wanted it played. He described it in colours and feelings rather than notes or bar lines.

His debut album in '59 was The Shape of Jazz to Come -- a prescient title and the respected critic Martin Williams started his liner notes with, "I believe that what Ornette Coleman is playing will affect the whole character of jazz music profoundly and persuasively . . ."

That didn't quite happen -- the neo-conservatives of the 80s killed off any linear progression -- but certainly Coleman was a huge influence in the early 60s, especially his Free Jazz album in which he used two ensembles improvising simultaneously. Free jazz never sounded so free or human or innovative or exciting . . .

But it's arguable that Ornette has influenced the Sonic Youth generation more than his own.

Over the early decades he was reviled for his unfamiliar and angular style, he was refused gigs, threatened with physical violence, and largely misunderstood -- although to be fair his "harmolodic" style is pretty hard to fathom and Ornette is prone to saying things like, "remove the caste system from sound".

But that is not to deny the ineffable beauty of much of his extensive output, and nowhere is that more apparent than in his classic Lonely Woman from that stunning debut. The tune aches and yearns. But elsewhere the albums exudes a joy that is rare and elevating.

My meeting with Coleman was, for me, thrilling and difficult. He spoke in riddles and was hard to follow, he was engaging and witty, and he was also remarkable gentle. It was hard to imagine that for many years some jazz musicians had wanted to punch his lights out.
I floated out of that room knowing I had met one of the few genuine musical geniuses of our time, and to be honest a man I was an unashamed fan of. I was chuffed to get my photo taken with him. There are about a dozen Ornette Coleman albums that could be recommended as a starting point into this rare career: but maybe to start at the start is logical.

After this if the bouncy melodicism of The Shape of Jazz To Come appeals then you could leap ahead to Virgin Beauty, or sideways in into his mid 70s albums Dancing in Your Head, Body Meta and Soapsuds Soapsuds.
Or just follow the chronology through those album of the early 60s which came with marvellous titles: Change of the Century; This is Our Music; Free Jazz and Ornette! 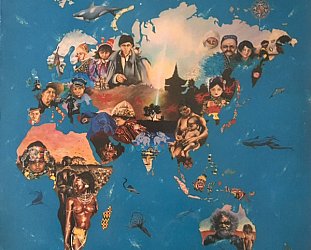