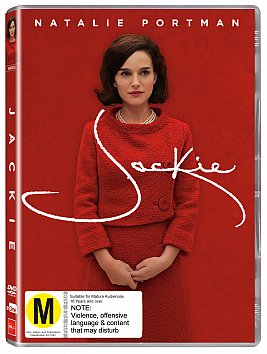 On the footpath at the bottom of the infamous “grassy knoll” in Dallas, beneath the former Texas Book Depository Building from which some say Lee Harvey Oswald shot President John F Kennedy, a group of portly middle-aged men stand selling their conspiracy theory books, magazines and newspapers.

There’s no point in trying to engage them in a discussion we discover because even if you might actually agree with them they don’t want to talk about it. They want to tell you about it in slightly anxious, sweaty and hectoring voices.

So we bought a couple of their newsprint magazines and left them to their circular conversations. Anyway, we’d been up in the building and seen the site-lines from the room of the alleged shooter and had our own opinions.

If the intention was gut churning horror it had that effect, but also – even to this day – something more.

It was a reminder that amidst all the rumours, theories, enquiries, documentaries and circular conversations that a man was dead – half his head blown away – and that his wife not only saw it happen but was there cradling him as he bled and died.

Whatever we might think of Jacqueline Kennedy – and after this biography you might not think much of her – she, as did Yoko Ono and millions of other unnamed women, saw her husband die in real time.

And then in her case, no doubt again in the Zapruder film of the assassination.

In the days after Kennedy’s killing there was Jackie on view as a kind of poised, mute cypher for the horror of a widow, going through the protocols of the swearing in of a new president while still wearing her blood-splattered dress (“Let them see what they’ve done” was her famous line) and then the state funeral.

What happened away from the public domain is the raw core of this quite moving film in which Natalie Portman plays Jackie as a woman brutalised and numbed, but also a little later trying to control her husband (and her own) legacy.

Portman affects the strangely high, soft, slow and mannered speech of Jackie at this time, but the most compelling parts are played out in silence as she drinks, walks the elegant halls of the White House and their private rooms in a kind of fog of incomprehension, shock and turmoil.

She reaches for objects then withdraws, and in other places when talking with those family, friends and staff gathered around her – all equally incapable of comprehending this terrible moment and wrinkle in history – her thoughts jump from the mundane to the political.

Portman portrays her as a woman on the verge of a nervous breakdown, which she no doubt was.

But Jackie here – in a screenplay by Noah Oppenheim, his first – also acknowledges her husband’s infidelities and shortcomings, however Jack was still her husband and more than that, the president of the United States of America.

In a dramatic conceit we see the story played out in shifts of time, among them a series of later, imagined sequences where she is being interviewed at the Kennedy place in Hyannis Port by The Journalist (Billy Crudup) and wanting to commit to the historical record, as she sees it.

She smokes incessantly (“I don’t smoke”, she warns The Journalist when he wants to mention it in the piece) and again still tries to come to terms with what had happened, and how it should be presented for future generations.

Jackie attempts to get inside the soul of a woman confronted by the most sudden and horrific of circumstances and it is at its best when Portman plays Jackie as not the First Lady but as a wife who has suddenly become a widow.

The overlay of her responsibilities, the political turmoil around her, the advice from many to retreat from the pubic eye, the need for composure as she has to plan a state funeral and tell her to young children just add layers of history to a true event

Which at core is as tragic, horrible and as real as those photos of Jack Kennedy I wish I had never seen that night in Dallas.