Jagger, Lennon, Nilsson and others: Too Many Cooks (1973) Superstar sessions are often disappointing: too many competing egos (not so with the Traveling Wilburys) and mostly inferior material (often rock'n'roll covers or just lesser originals knocked together).

In December 1973 when John Lennon was on his famous Lost Weekend with May Pang and even more famously being drunk and obnoxious, he was palling around with Harry Nilsson, guitarist Jesse Ed Davis and the like.

They – and drummer Jim Keltner, Stones saxophonist Bobby Keys and others -- ended up in the Record Plant in LA with Mick Jagger.

The result was Too Many Cooks – a telling title, it's an old Willie Dixon song – which finally ended up on a Jagger compilation in 2007.

This is a different version from that and if you are wondering where Lennon was on it, he's behind the desk producing.

During that Lost Weekend of about 18 months Lennon actually wrote, recorded and produced at quite a rate, giving the lie to belief he was just boozing it up and trying to get his Rock And Roll album together with Phil Spector.

This slice of urban-funk blues – very much Jagger's thing at the time – perhaps wasn't his finest moment but he certainly salvaged something enjoyably raucous out of what could have otherwise been a real mess.

Sad to think too that just about everyone on this session is now dead. 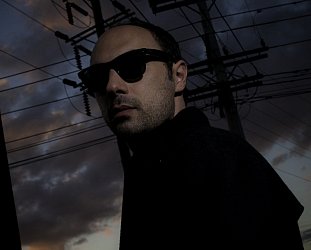