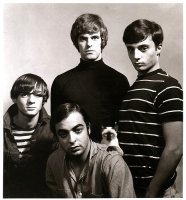 Pub quiz time: Which four-piece Sixties group quickly became adept at wrting their own material, built a local following, eventually appeared on the Ed Sullivan Show, hung out with the Byrds in Hollywood, listened to Indian music . . . and played their final concert at Candlestick Park in San Francisco on August 29, 1966 before a crowd of 55,000.

It is of course, the Remains from Boston. And yes they did all that, and the reason they were at that famous concert in Candlestick Park was because they were opening for another band who quit live performing afterwards, the Beatles.

In his book Unknown Legends of Rock'n'Roll, writer Richie Unterberger singles out the Remains as one of those classic garagebands of the period which, in theory anway, had it all going for them: they wrote tough-edged pop with nods to the Yardbirds and the young Stones, in singer Barry Tashian (who ended up in country-rock and played with Gram Parson then in Emmylou Harris' band) they had a smart songwriter, and they seemed to have everything going for them.

But their four singles between '65-'66 on Epic failed to ignite, and their sole album came out after that Candlestick Park show when the Remains had already broken up.

Oddly enough the soul-influenced rocker Don't Look Back -- their final single -- wasn't penned by Tashian but by Billy Vera who had also written for the Shirelles and Ricky Nelson . . . and went on to pen material covered by Dolly Parton, and he co-produced Lou Rawls albums.

Vera might have been a footnote like the Remains to, but in '85 he and his band the Beaters were playing a club in California when a producer of the hit telelvision show Family Ties caught their act, loved their song At This Moment and included in an episode.

And in fact the Remains weren't over entirely after Candlestick Park. In '72 this track was included on Lenny Kaye's seminal Nuggets collection and interest in the Remains flickered again.

And in '91 Epic belatedly reissued their album (with extra tracks) on their Legacy imprint.

Tashian was philosophical when Unterberger spoke to him in the late Nineties: "Sure sometimes I wonder if we'd stayed with it, what would have happened. But there's no teling. We may never have had a hit . . . I believe in the evolution and development of the individual. And my path had me meet Gram Parsons and to be struck by the country music he was singing. The work he did with International Submarine Band, the Byrds, Flying Burrito Brothers, later with Emmylou Harris and myself, really changed my taste from pure rock music to a quest for the true nature of country music . . ." 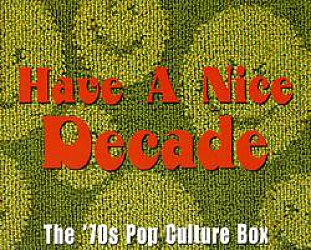 It might have been famously "the decade that taste forgot", but the Seventies has spawned an interesting nostalgia for smiley faces (on e-mails!), terrific films such as Dazed and... > Read more 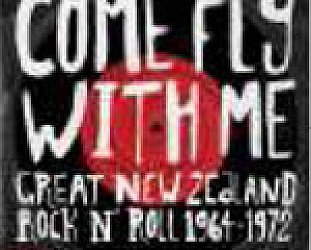 A decade ago it wasn’t easy to find collections of local rock’n’roll but today we’re tripping over them: John Baker’s excellent compilations of 60s garage band rock... > Read more