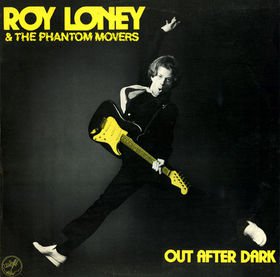 Some songs hook you in with a great opening line or couplet, something which just makes you want to hear more. There are plenty of them about and it's a fine rock'n'roll parlour game after a few drinks to start ticking them off. Feel free to add to these.

"When you get out of the hospital, let me back into your life . . ." (Modern Lovers)

Then of course there are those songs which have an opening line or couplet to stupid that . . . well, they just make you want to hear more. 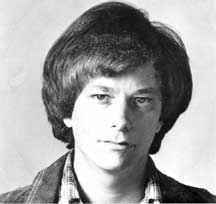 Roy Loney here is in that latter category, and to be frank the song isn't up to much either.

Loney was a founder member of San Francisco's Flamin' Groovies and his interest was always grounded in Fifties rock'n'roll and rockabilly (Carl Perkins and Eddie Cochran were particular favourites), sometimes with a voodoo spook factor.

He quit in '71 after their Flaming Head album and released a solo EP Artistic as Hell.

In '79 he signed to the tiny Solid Smoke label with his new band the Phantom Movers. Their debut was Out After Dark which was mostly originals by Loney (Used Hoodoo, Scum City, Neat Petite, She Run Way . . . you get the picture) plus covers of Return to Sender and Willie Morrell's Rockin' in the Graveyard.

But it was the first line of the first song which elevates (jettisons?) Loney into that category of absurdity . . . which just makes you want to hear more?

For more one-offs, oddities or songs with an interesting backstory use the RSS feed to get your daily delivery From the Vaults. 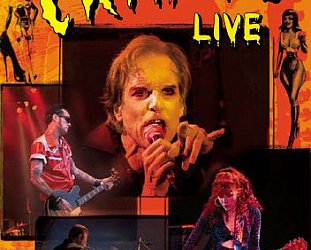 Anyone coming to this 50 minute DVD hoping to get a whiff of the Cramps' psychobilly rock'n'roll black magic is bound to be disappointed. The intensity of their performances was at its best on... > Read more