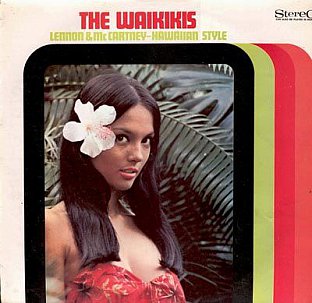 It is a well known fact that Honolulu and Liverpool have much in common. Both are port cities and . . .

But the emotional and physical difference didn't stop the Waikikis from adapting a bunch of Beatles songs into their distinctive Hawaiian style.

Not that there was anything unusual in a band adapting the Lennon-McCartney songbook into their own voice, there are whole albums of Beatles songs barked by dogs, done in a doo-wop style, played by jazz guitarists, delivered as if Poland was being invaded or as music hall songs. And worse!

But what sets the Waikikis apart is . . .  they weren't even from Hawaii. Or the US come to that.

They were an anonymous studio band from Brussels who had a roster of excellent writers penning faux Hawaiian songs for them -- which became astonishingly successful. Their Hawaiian Tattoo of the early Sixties damaged the charts in Europe and the US and gave them a career for the rest of the decade.

Their album Lennon and McCartney Hawaiian Style was in fact pulled together from Len-Mac songs they had released on their Hawaiian Luau album. (In case anyone missed it, they used "Hawaii" in just about every album title and had a stock photo of dusky maiden on the cover to push the point home).

That said, they do nice treatments of eight songs from the Beatles catalogue (fleshed out with pieces penned for them which come with Beatles-suggestive titles, Hawaiian Soul, Beatles March, Ringo and Golden Apples).

So it is Liverpool and London by way of Honolulu out of Belgium.

Makes as much sense as anything. 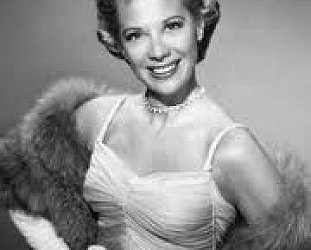