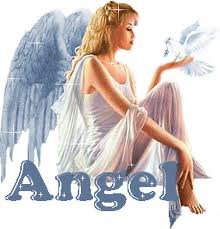 When songwriter Jean Dinning died in 2011 at age 86, the obituary writers got the bare fact down straight.

How she'd been reading about juvenile delinquents and someone had commented these kids weren't so bad and should be called "teen angels".

Her then-husband Red Surry suggested that might be a good title for a song and so the two of them came up with the maudlin, sentimental but utterly memorable Teen Angel which became a massive hit even though early on some radio stations banned it.

What was skipped lightly over however was mention of her brother Mark who had been the one who sang it and, very briefly, enjoyed considerable fame and attention. He'd previously sung country music and had had minor successes with The Streets of Laredo and other such songs.

Regrettably Mark -- born Max -- Dinning was a chronic alcoholic who was often so soused he couldn't make it to the stage or would fall over once he got there.

Understandably promoters refused to book him and despite some subsequent singles (none of which did much good at all), he career spiraled downward. Yet heroically he kept singing (and perhaps drinking?) until his death of a heart attack at 52 in '86.

The song -- which enjoyed a revival when it appeared in American Graffiti in '72 and was on the soundtrack album -- is such a slice of teen death-cult that it outlived its authors and performer and will probably be with us forever . . . as long as there are teenagers who stall their car on a railway track.

Checked the link. What a beautiful and touching singer Johnny Tillotson was with diction a la Sinatra. Thanks for the reminders ... again.