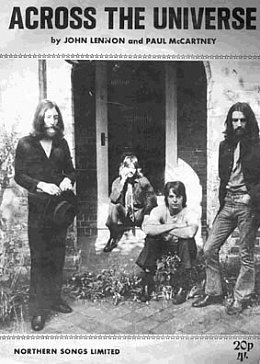 The Beatles' Across the Universe had a slightly chequered history: the Lennon song first emerged in early '68 as a result of their time in meditation in India when Lennon felt relaxed and poetic.

The verses contain some of his most evocative imagery and the chorus of "Jai Guru Deva" added a veneer of spiritualism to it.

But despite its origins, recording it seemed to take ages, and an early edition of the song appeared on a fund-raising album for the World Wildlife Fund, which was unusual as the Beatles didn't give away their songs lightly and certainly not to charities.

The song was remixed later and appeared on the Rarities and Past Masters albums, and then of course it reappeared on the Let It Be album when they started to do it again in the studio. There's yet another version in the Anthology series.

These 11 minutes from the Let It Be sessions show how they tried different harmonies and guitar approaches, McCartney roams off into Teddy Boy (which would appear on his debut solo album), they fooled around with Universe, lost concentration . . .

At times McCartney seems more committed to it than its author. 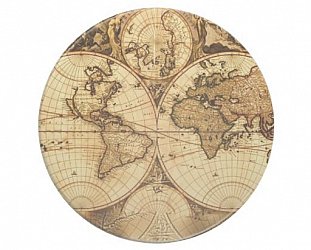 I'VE BEEN EVERYWHERE, MAN (2021): The song for all people and places

It's a well-known fact -- as concertgoers will acknowledge -- that If you have a lyric which mentions a place the audience there will applaud like chimps on speed when you sing it . . . or... > Read more