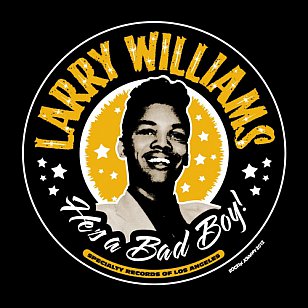 In his exceptional study of the Beatles All These Years; Tune In – the first of three intended volumes, this only taking us to the start of '63 – Mark Lewisohn confirmed (via recordings unavailable to mere mortals) what most already suspected: that John Lennon was a natural born rock'n'roll singer and more than just an intuitive picker of songs but also an inspired one.

In black r'n'b and rock'n'soul he could hear songs which he could apply himself to.

By the time the Beatles began recording he had a stockpile of songs which he made his: the Isley's Twist and Shout, Barret Strong's Money, Chuck Berry's Rock And Roll Music . . .

Line the originals of these (and others) against Lennon's sandpaper vocals, commitment and power and there is no doubt who could front them better.

These were more than just covers, they were re-inventions of the songs courtesy of the three guitars and drums band which had honed its craft over many, many hours in clubs in front of up-close live audiences.

Larry Williams – along with Arthur Alexander – was one of Lennon's favourite rock'n'roll writers (he would later record Williams' Slow Down and Dizzy Miss Lizzy, the latter for tthe Help! album, again ending a Beatles' album with Lennon throat-tearer). In his solo career for the Rock'n'Roll album of '75 Lennon would also record Williams' Bonie Moronie.

Bad Boy – with a lyric which must have immediately appealed to Lennon – was the flipside of Williams' single She Said Yeah (later covered by the Animals and the Rolling Stones) but where Williams original might have sounded furious in '59, out front of the Beatles Lennon (see below) took it to a much more inspired and tightly wrought threshold. 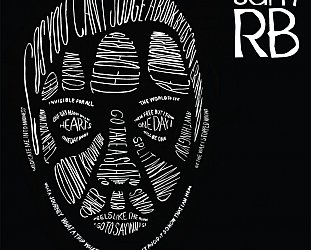 samRB is a New Zealand singer-songwriter who has faced mental health issues and this album comes with assistance from NZ Mental Health Media Grant (and some top gun musicians in support of her).... > Read more

There are maps which show us our world in different ways; the size of countries relative to population or poverty; the planet at night so we can see where people huddle under lights and so on.... > Read more