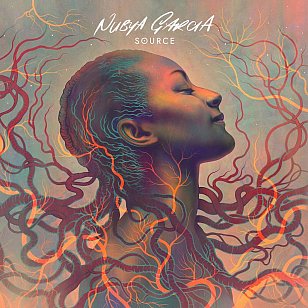 From this distance and just relying on recordings, Britain's vibrant, contemporary jazz scene appears to pivot around large London ensembles, sometimes with shifting memberships and often with Shabaka Hutchings somewhere central or as a facilitator.

Among Elsewhere's favourite albums from this exciting milieu – of those that we have heard – however are Blume by Nerija, and Trust in the Lifeforce of the Deep Mystery and The Afterlife by The Comet is Coming (which includes Hutchings).

On these albums the membership is more self-contained and the music better focused.

To that list we unequivocally add this by tenor player Nubya Garcia, whom we first heard as part of Nerija.

Over these nine pieces she can soar like Coltrane or dig into a Seventies/Herbie Hancock-like funk groove.

On the terrific 12 minute title track and Stand With Each Other producer Kwes creates dub space where the backing vocalists on the former sit way behind the spare playing of the frontline to add a frisson of ancient spirituality. On the equally distilled latter there are hints of the political consciousness of early Seventies jazz out of Chicago and New York.

Understatement is frequently the hallmark here and classically-trained Garcia is ably abetted by her small ensemble of keyboard player Joe Armon-Jones (founder of Ezra Collective), bassist Daniel Casimir and drummer Sam Jones, all of whom have a deep feeling for these many integrated threads of classic Sixties jazz, soul (Boundless Beings featuring vocalist Akenya on a lyric of cosmic spirituality), reggae or warm Caribbean sounds and cool fusion (both discernible on Inner Game).

And adding further exoticism is the Columbian trio La Perla on the slippery, gentle clapping rhythms of La Cumbia Me Esta Llamando.

If some of the previous releases from London's melting pot of styles have perhaps been too busy for your ears, Source is a refreshing breeze where the spirits of jazz greats co-exist with the contemporary strands of Afro-Caribbean and hip-hop cultures.

You can hear this album at Spotify here. It is also available on vinyl from Southbound Records in Auckland (see here)