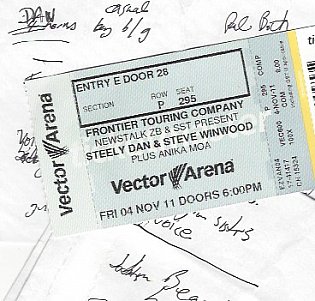 For a concert by artists who provided the soundtrack to many people's lives for more than three decades since the Sixties, this show at Vector Arena began remarkably low-key when Steve Winwood ambled on stage with no introduction, while the houselights were still up, to be greeted by only scattered applause from those in the front few rows who recognised him.

But within seconds - the lights down, the energy up - he had launched into a boiling extended jam on I'm A Man, the song he wrote and sang for the Spencer Davis Group in 1967.

On his first visit here, behind a handsome old Hammond B3 organ, he and his tight band delivered a crowd-pleasing set which only occasionally strayed into bland jazz-rock lite but rather included a yearning version of Can't Find My Way Home (from his Blind Faith days), a slinky then stinging Low Spark (from Traffic), the popular Higher Love from his solo years and some brittle, twanging guitar on the thrilling and recent Dirty City.

Throughout you were reminded how much Eric Clapton's singing style owes to Winwood, and how much Clapton's equal he is on guitar. And at 90 minutes this was more than just a perfunctory opener for Steely Dan's return visit.

If Winwood's vocal range can be high and narrow over the long haul, the Dan's Donald Fagen's was disappointingly frayed, strained, wobbly and sometimes off-mike.

But Dan were always about the music and arrangements and on that score they were right on the money. And - more than at their 2007 show - they stacked in the hits for their two-hour set: Aja, a more r'n'b-framed Black Friday, 70s-styled big band rock on Bodhisattva, a funked-up Hey Nineteen, Time Out of Mind pulled towards syncopated New Orleans funk by the exceptional band (which included four horn players), and Dirty Work, which Fagen sensibly handed to the trio of female backing singers - "the Embassy Brats" - who slowed it for a soulful treatment.

Guitarists Walter Becker and Jon Herington commanded quality time with searing and often bluesy guitar, keyboard player Jim Beard was a quiet but significant presence providing embellishment behind Fagen's organ playing, and the ensemble was kicked in by the nail-hard drumming of Keith Carlock. Wonderful.

But while you could always appreciate, admire and enjoy their set, they were rarely as consistently exciting as Winwood and his band, a point emphasised when he joined them for the two-song encore.

However, with almost four hours of classic songs delivered with passion - and apparently Anika Moa went on at an unfeasibly early 6.30pm before Winwood - no one could carp about quantity or quality. Quite something. And Winwood really something. 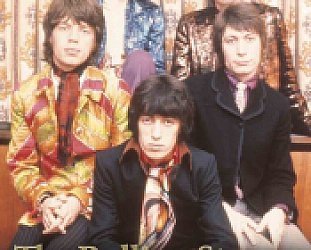