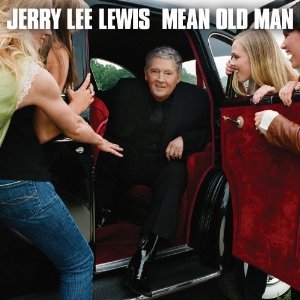 In a You Tube comment someone said Jerry Lee looked a little rough for someone only 74 years old.

In his defense -- he's actually 75 now -- they were pretty full years, especially in the late Fifties, and he wasn't called the Killer for nothing, the man gave it all on the night. And of course there were the tragic (and slightly mysterious, in one case) deaths of two wives. He's had six, including 13-year old Myra which resulted in the scandal which ended his rock'n'roll career just as it could have gone meteoric. He went back to country music and worked his way back.

Behind all that of course the music carried on and his albums Young Blood in the mid Nineties and the Duets (of '06) both had more than enough to recommend them.

This one follows the duets formula: a bunch of admirers and fellow travelers turn up to play along and some of the Duets crew are back: Jagger here on an even more countrified Dead Flowers, Eric Clapton (You Can Have Her), Willie Nelson (Whiskey River), Ronnie Wood on the title track, Merle Haggard for Swinging Doors . . .

There is a swag of drawled and slightly slurred country music here of course (that was his style) but when he rocks out he still sounds more than just lukewarm. Plays sharp, if constrained, honky tonk piano too.

Sweet Virginia with Richards is the least of it (and You Are My Sunshine with Sheryl Crow) but when Mavis Staples turns up for Will the Circle be Unbroken and Solomon Burke sings on Railroad to Heaven -- both old church songs Lewis grew up with -- you can feel him reaching back.

As for Roll Over Beethoven with Ringo, John Mayer and Jon Brion, and Please Release Me inna country style with Gillian Welch . . . I guess they had to be done.

Tim McGraw and Lewis get under the skin of Middle Age Crazy (turning 40 and acting 20) and although the Killer is clocking on (and actually sounding his age) this is a fine (self?) tribute which closes him out on his own with Miss the Mississippi And You.

If Jerry Lee ever spoke to your rock'n'roll or country soul then go for the expanded edition of this, the full 18 tracks. 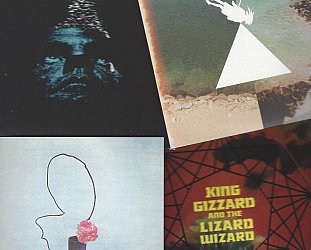