Long overdue for a revival, reconsideration and wider recognition, Eric Goulden aka Wreckless Eric has been usually dismissed as a one-hit wonder (but was it Whole Wide World, Semaphore Signals, Veronica, I Wish It Would Rain or A Pop Song?).

Or written off as a kind of punk comedy act (just because he had a sense of humour?)

Of course in the late Seventies he was up against some major players on the emerging Stiff label, characters like Elvis Costello, Nick Lowe, Ian Dury, and Graham Parker and the Rumour.

But even so, his ragged songs (with a nod to broad music hall humour at times) were delivered with urgency, conformed to the precepts of pop (verses and memorable choruses, and he covered Tommy Roe's Dizzy and Buddy Holly's Crying Waiting Hoping) and they had a gutter-level honesty about them.

Larry Wallis' production of his self-titled debut album (with the lesser songs like Personal Hygiene and Brain Thieves among them) ensured the sound was live and direct, although it was Lowe who brought out the sandpaper pop on his gritty Whole Wide World. 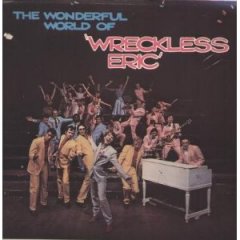 His songs were short and pointed, and his second album The Wonderful World of Wreckless Eric (in a terrific, parodic cover) still gets hauled out at my house from time to time.

It is chock full of great songs from the openers Walking on the Surface of the Moon and Take the Cash through Dizzy and Veronica to Let's Go To the Pictures and that Holly track at the end.

It is alive with promise too and you hoped that people would get it.

They didn't -- and his double Big Smash in a vibrant pop art cover . . . . well it just wasn't, despite material like A Pop Song and the built-in "greatest hits" album. Pinned in some media as something of drunk (sometimes Eric provided the evidence for the prosecution), his career with Stiff was over by 1980 and the man they billed as "an original in a world of imitators" was largely forgotten.

He continued to record and down the years a few people (the re-formed Monkees in 87, Mental As Anything, Die Toten Hosen) would cover his songs.

But despite getting back on the revived Stiff for an album with his wife Amy Rigby in '08, Wreckless Eric largely remains a private passion for a selective few.

This double disc collects 40 songs from his Stiff years on two discs, with a good wee booklet.

Wreckless Eric was great - I shall be buying this fantastic collection.

The video ought to be tagged for Ian Dury too - it's he on drums. Who else is playing with Eric?

I shall buy it too, even though I've already got "Big Smash" on both vinyl (original NZ release) and CD (a reissue from a couple of years back) and an earlier Wreckless Eric CD compilation. My favourite track is "Take the Cash".

Whole Wide World was our anthem as we sailed to Tahiti in the 80s. Didn't see Wreckless there though - i guess he found her!

Sadly never saw him live but was converted by my younger sister who sang his praises, justifiably. All great songs and every home should have at least one collection of his splendidly written epics. His current career with Amy Rigby is cool too, with the new release Two Way Family Favourites well worth a listen. (It's available for US$15 including shipping at http://amyrigby.com/amyshop.html) 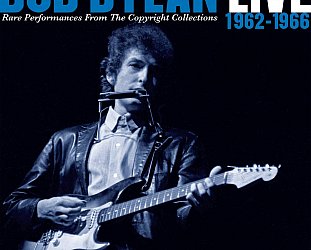 When Bob Dylan plays two concerts in New Zealand in late August, it will probably be a sore test for those who remember the young folkie or the electrifying figure he was in the mid Sixties. With... > Read more 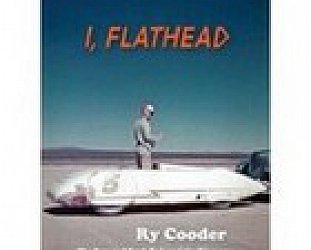 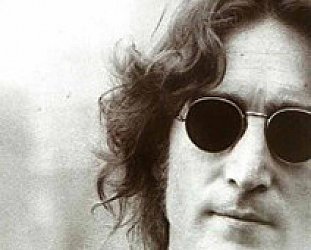