Lee Ranaldo: Between the Times and the Tides (Matador) 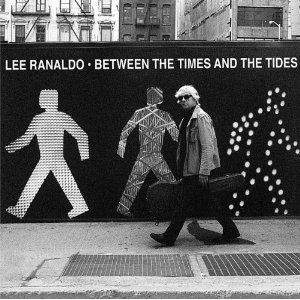 Anyone who doesn't hear a throbbing Flying Nun band turned up to 11 here -- Bats, Clean, some solo Chris Knox even -- just hasn't been paying attention.

There is a frisson of familiarity about the powerful chords and driving momentum of some of these songs (Lost, but Off the Wall especially where Ranaldo sounds like Michael Stipe fronting a Bats-Clean supergroup) but that takes nothing away from the sheer pleasure of hearing them, and of Ranaldo's obvious joy in playing a straight bat to indie-framed power-pop on memorable songs.

There's something of John Cale's veiled menace in places here too -- the gripping seven minute Xtina As I Knew her which soars and maybe even owes a debt to Tom Verlaine -- but the real appeal lies in the sonic and melodic directness here.

If SYouth's Thurston Moore unveiled his softer side on his recent Demolished Thoughts, Ranaldo -- with the exception of the acoustic Hammer Blows and the pastoral ballad Stranded -- sounds like he's not just keeping the faith with widescreen guitars (the incendiary opening work-out on Fire Island) but also the idea of a crisp, memorable and economic melody.

This is a fine, often uncomplicated and deeply appealing collection which is bound to remind many Sonic Youth aficionados of just how much he has contributed to their extensive catalogue.

And if SYouth just seem too big a demand to explore because you arrived late, you could do a lot worse than start the journey here.