As a genre, Pacific Soul has some very credible ancestors, not the least being Grace (who seem largely forgotten these days) and the funk-influenced Ardijah.

Each generation will bring what they will to the encompassing style and so this trio -- Baz Suamili of Niuean heritage, Fijian percussionist Levani Vosasi and Lebanese-Kiwi producer Gmuva -- pull threads of reggae (Fiafia Dub is here), moody urban textures (the throb of Kafisi Niue) and funk (the exotic sounding Til I Make You Move and lightly stepping Let the People Move featuring Isaac Aesili of Opensouls and other bands/collaborations) together. Although there is sometimes a smoothed out warmth which feels restrictive.

There are other influences at work also, and while this is a likeable concoction, there are times -- Prodigal Son comes to mind -- where this is just too polite and measured for its own good. You yearn for Seva Hifi (Seva from, among other sources, the Niuean meaning laid back) to let loose with something more edgy and assertive.

The slightly creepy The Sound of Music opens with a mesmerising groove but lets it get away as it dissipates into distant vocals. It's return reminds you where we once were. And the hip-hop look back on Just the 80s seems like both an opportunity lost and transported into this context from somewhere else entirely.

But with their soul and Pacific roots, the mix of traditional instruments like log drums with trip-hop electronica, and some seriously strong hooks (Starting Up), this debut sounds like a band loaded with promise once it finds a more clear direction.

As the album title says, this is "early".

Singer-songwriter Cy Winstanley – half of the expat country-folk duo Tattletale Saints with his former partner, vocalist/bassist Vanessa McGowan – has lived in Nashville for more than... > Read more 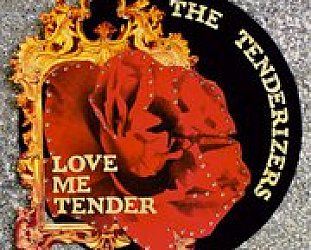 With a vocal style which brings to mind Bill Lake's engagingly fragile delivery and narratives, singer-writer here John Newton can boast some considerable credentials: he has a PhD from Melbourne... > Read more 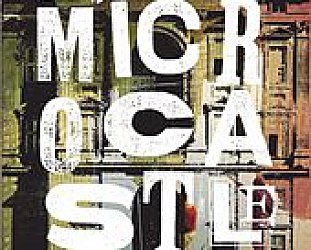 To be honest, this album by Bradford Cox and his Athens, Georgia band -- he's also the man behind his solo project Atlas Sounds, an album reviewed very favourably here some weeks ago -- sounds like... > Read more