New York's Endless Boogie – who played Auckland last year – might not seem to do very much but, like the Ramones, it's more than enough.

The truth-in-packaging quartet nail down some sleazy but tight boogie riffs while singer-guitarist Top Dollar yelps like Captain Beefheart or growls like John Lee Hooker and twists out white-knuckle psychedelic solos.

They don't believe in any “hope you like our new direction” nonsense either, just get their heads into a groove.

The opener The Savagist is well over 13 minutes; three others are over nine; and On Cryology and The Montgomery Manuscript tick in well past 10.

Endless Boogie are however more a drone-influenced psychedelic band than a relentlessly hardcore blues-boogie outfit and that's their strength.

The nine minute Artemus Ward is a slow, spooky piece teased out with deliciously insinuating guitar work in the manner of Tom Verlaine (of Television) and an increasing sense of tension, On Cryology has a slow-mo buzzsaw riff but is akin to tripped-out ZZ Top with post-Exile era Mick Taylor/Keith Richards guitar manoeuvres, and the 14 minute Montgomery Manuscript is a seriously engrossing slice of drone-minimalism with wah-wah and glistening, mercurial guitar lines. 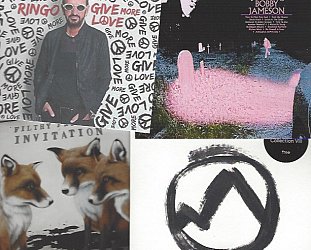