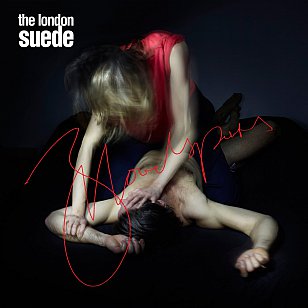 The timing of this first Suede album couldn't be better: David Bowie's got a new album out and his Alladin Sane celebrates an anniversary reissue. And for a band whose singer Brett Anderson owed a clear debt to aspects of Bowie in the Seventies this synergy for Suede should be useful.

Quite what should we expect from a reunion album is however another question.

Graham Parker and the Rumour went into "mature" mode for their get-together but here Suede (not the line-up with original guitarist Bernard Butler but the post-Butler band) go straight back to their classic sound of high, melodic and well enunciated melodrama and even deliver it in a cover which alludes to the ambiguous sexuality of their seminal first albums (which were reissued two years ago, see here).

So in a sense it's business as usual, although the pure pop end is fed on the excellent advance single It Starts and Ends With You (see clip), and the openers Barriers and the fiercely anthemic title track. There are also impressive Bowie-styled ballads For the Strangers and What Are You Not Telling Me.

But there are others where you can feel the deja-vu and familiar progressions being warmed up again (Sabotage, Hit Me which is good but sounds like too obvious a single).

However given the lengthy hiatus and the changed musical landscape, Suede -- or The London Suede as an American audience know them -- have delivered an album which refers to themselves enough to invite you back -- and they were a much underrated band in their era -- but also has a brace of terrific emotional and heroic-pop.

So unexpectedly good, if their slightly camp style of ambitious rock was ever your thing. Moorer has quite some story: she is the younger sister of Shelby Lynne, was 14 at time of the murder-suicide of her parents, her ballad A Soft Place to Fall appeared in The Horse Whisperer and... > Read more 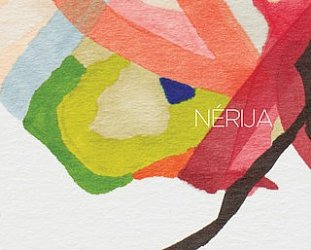