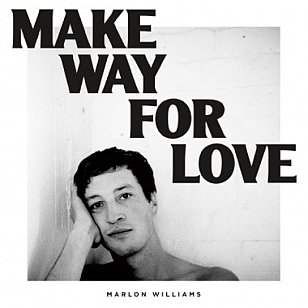 Late last year when Marlon Williams was back in New Zealand for a short while and playing a couple of shows at the Pt Chevalier RSA in Auckland, it was my pleasure to be invited to conduct an afternoon interview and a Q&A session with him before a small group of music writers and critics.

The topic, of course, would be this then-impending album which I had been supplied a copy of.

Frankly I had felt his self-titled debut was somewhat shapeless and merely hinted at what he was capable of.

But Make Way For Love blindsided me.

Because it was the coherent work of an artist (as opposed to a singer/performer, more of that soon) who was showing his accomplishments across an integrated, beautiful and often moving diversity of original material (and two cowrites with his old running mate Delaney Davidson).

Before introducing Williams for our on-stage interview I noted that the world was full of great singers but there were very few of whom we could say they possessed A Voice. By that I meant they brought something unique and distinctive to a song, and in that regard – and with clear reference to Williams – I mentioned Tony Bennett, Sam Cooke, Slim Whitman, Roy Orbison and Smokey Robinson. On my list also was Scott Walker whom I forgot to namecheck but when Marlon spoke to that subject he slipped his name in.

That is the kind of company, for my money, Williams occupies.

I am sure I also reflected on the idea that his style comes from a time before this, somewhere in the late Fifties when people sang differently.

They were offered elegant melodies which they explored, worked with interesting harmonics and used a lyric to tell a story from the heart or soul.

Williams is one of those with an assured range and the ability to use it to convey emotions which are sometimes so naked that they almost hurt, and they would do if he didn't turn pain into something cathartic and even beautiful.

What I didn't know at that Q&A session was that none of the others there to ask questions about the new album – some of it referencing his split from his partner Aldous Harding – had actually heard it.

So when I said to him we needed “to talk about the Aldous in the room” I guess few got it, but then he openly discussed that matter.

The extraordinary single Nobody Gets What They Want Anymore (which features Harding) had been released but I'd heard it twice on radio where they edited out the final, moving and starkly confessional coda: “What am I gonna do when you are in trouble and you don't call out for me . . .”

It is a remarkable song which moves effortlessly from a dark and painful duet through some elevating passages which recall Brian Wilson and baroque pop, then winds down into that aching and spare ending which seems to me the actual point of the song. For radio to fade out before it shows a failure of nerve and an underestimation of the listener.

And this is an album for intelligent listeners who will decode and delight in its nuances.

The opener Come To Me starts with That Voice seducing the listener with lines which seem seem specific and summery (“Down on the beach with pail and spade, no shelter from the sun and the rain” ) but which swells musically and into a lyrical metaphor which is supported by guitar shimmer'n'strings.

And the title track at the end is the perfect closer with its subtle allusions to romantic Fifties pop and, as on that gorgeous opener, timeless Pacific ballads.

Between those points are guitars and tunes which might have slipped off Beatles For Sale's Buddy Holly consciousness into Williams' world which embraces country music (What's Chasing You), the bitter but lightly delivered country-rock anger of Party Boy (one of the co-writes with Davidson), subdued echoes of Orbison's heartache and ascending melodies (Beautiful Dress which suggests hurtful betrayal) and the piano ballad Love is a Terrible Thing (the other written with Davidson).

There is also emotional disturbance (Can I Call You opens with “panic comes in waves they say . . . jealousy's an awful thing”) and a dark place here (I Didn't Make A Plan “to break your heart but it was the sweetest thing I've ever done”), and The Fire of Love has burned.

But resolution comes in the shape of that exceptional title track at the end.

This is quite a journey of the hurt heart and soul but through the sheer gentle beauty of Williams' voice and these diverse and subtly realised music settings it neither feels bleakly cathartic nor depressing.

It just feels essential. And beyond genre.

The boy done great, as they say. That's a terrible huge font on the cover though. The title in the same small font in the top margin.. now you're talking.

Yes, terrible cover but great album. More than a touch of Roy Orbison.

I love this album. It has a terrific sixties sound to it. It grows on you slowly, and I'm listening to it every day; not growing weary of it at all. :) 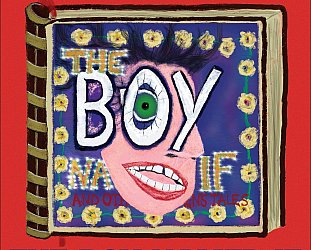 In the late Seventies a David Bowie compilation appeared under the nameChameleon. However chameleons change to blend in, Bowie changed to stand out. Few artists can sustain constant Bowie-like... > Read more 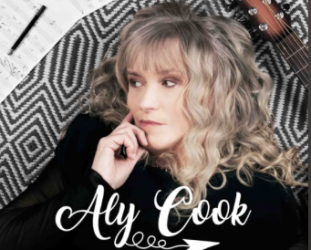