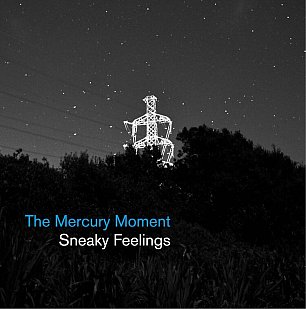 For decades I wondered about that quote, “there are no second acts in American lives” (F. Scott Fitzgerald).

It's been taken to mean that you don't get a second chance, when quite clearly America is a society which allows for that, even in those decades before you made the public apology on Oprah and were forgiven your transgressions.

It could also mean – with reference to, say, Shakespeare's tragedies where the second act involves complications, machinations and signals the chaos to come – that Americans can live out lives blissfully free of emotional difficulty.

My inner jury is still out on that . . . but let's go with the consensus: you can't return for a second go, even when that is manifestly incorrect.

These two recent albums have come about because all the original members – Matthew Bannister, Martin Durrant, David Pine and John Kelcher – all found themselves back in the same country again.

Perhaps because Progress Junction came with such a frisson of the unexpected, that same doesn't apply here and this one takes more than a few listens for its little gems and references to weasel their way into the subconscious.

Some things hit immediately with their wit or ease: the slow grind Link Wray-like Rumble chords on Sun is Shining; the delightful and immediately familiar Autumn Song which is a blue-eyes soul-folk ballad; Silvercrest and Hilldale (clever syllabic inversion there for Aucklanders) with a cleverly appropriated riff and tightly wound, brief guitar solo; the driving pop of Punakaiki; the reflective ballad Better Plan about the uncertainty of aging and the future . . .

That final one is emblematic of an album which deals with Big Picture issues and ideas (Heavenly Bodies which comes down from the stars to communicating online) and also drills down into the world were are given . . . which isn't the one we might have expected or wished for.

“The future's already here” says Stardust Magical, and despite the song's uptempo chime it's not good. And this was written before Covid-19.

But there is also reconciliation and acceptance (the discreetly coded Last Letter to Eugenie) throughout. And the swirling Accept/Except Me is a creative highpoint.

There are weak spots (Goodnightmare, Billy Wild) but for most of this Sneaky Feelings' second act continues their return . . . and also comes with some rather subtle emotional complications laid out.