Modern Studies: The Weight of the Sun (Fire/Southbound/digital outlets) 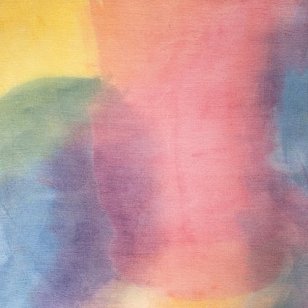 We're all allowed private passions and music which seduces us in a way we suspect others might enjoy but unfortunately never discover.

And so it is with the British quartet Modern Studies whose previous two albums Swell to Great and Welcome Strangers (as well as an interesting remix of Swell to Great by Tommy Perman as Emergent Slow Arc) we have taken quiet delight in.

The Modern Studies album covers are opaque but evocative (misty landscape? the natural world looking back through the window?), in photographs they appear approachable and scholarly . . . and their music reflects all that.

They offer a kind of weighted and deep, sometimes slo-mo, atmospheric folk-rock which at times can be closer to the most intelligent psychedelic folk of the late Sixties (try the impending doom of Run for Cover on this, their third album).

Leavening the down-tempo moods (Signs of Use) are the upbeat rhythms (Spaces which drifts over a soft drum and bass pattern) and the seductive interplay of the vocals by Rob St John and Emily Scott (She).

As before, Nature as an eternal force and imagistic touchstone in their literate lyrics, and they are married to the lightest touches of often sublime melodic folk-rock/cosmic krautrock/brooding Anglo-folk.

They ease you into the album with the Photograph, a seductive snapshot or the ordinary and a veiled menace, then add to the pastel palette with motorik/Riders on the Storm groove-mood of Run for Cover (“every cloud is heavy-browed like the night has just begun”) and the country-rock folk of Heavy Water (“it’s been a long way now, back to the place where i found you/ the storm breathing, the warmth from our clothes”).

Modern Studies may be a private passion, but it is one Elsewhere is keen to share.