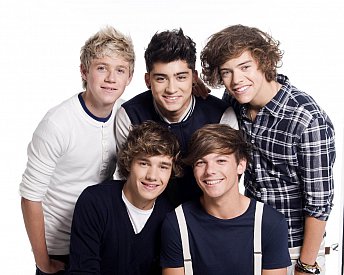 It’s official: One Direction will be seen in cinemas again.

In their announcement, the boys say the film – entitled Where We Are; The Concert Film – was made for the fans who missed out on tickets to see them on their current tour. It will be showing in selected Hoyt's cinemas this weekend only (see here) and will get international DVD release before Christmas.

Can you feel the sense of urgency about this?

The concert film raises questions about the reproduction of a live event and how authentic it can be through the mediation of a film.

The documentary by its very nature manipulates reality, and therefore to portray the “truth” is a difficult thing. The live performance is arguably the only aspect of the music documentary that the director of the film cannot script or plan, although the construction of editing and the specific cinematographic directions can be manipulated to capture the live performance in a certain way. You just need to look at U23D to see that in action. 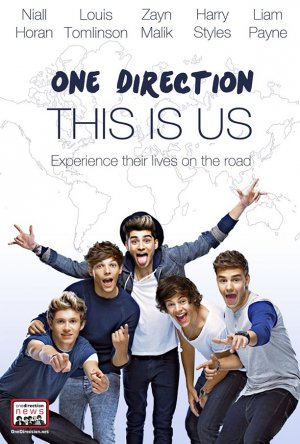 One Direction's previous documentary This is Us by director Morgan Spurlock, was released last year amid hopes by teenage girls they might find out about the true people behind their favourite song lyrics.

That film's title suggested the band was allowing a backstage look into their personal lives, it suggested the audience would get to know the band’s “real”, or”true” selves.

What the documentary gave the audience was a look inside the carefully designed script that fitted into the construction of the band’s identity for one purpose: mass consumption.

You may think this cynical, but hear me out.

It could be argued every band needs to sell records to stay afloat in the music industry, and therefore music produced and distributed is a commodity, and needs to be branded to be sold.

Punk rock started as an anti-establishment genre that kicked away from the constraints of capitalist society. Until it started to make a profit. It was then commercialised and branded. Punk rock bands had to fulfill a certain criteria to be called a punk band, they needed to be visually branded a particular way to look the part. 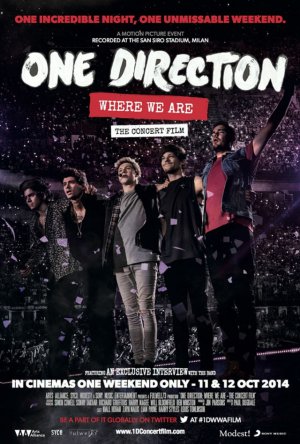 Is there a grey area that allows one artist or band to seem more authentic to their audience?

What makes an artist more authentic?

Alternative and indie music emerged through independent music recording studios and labels. These musicians sidestepped the mainstream and headed straight to perceptions of “authenticity”. So, is this to say that to be on the radio means you are inauthentic?

It could be argued that to characterise a band does not necessarily mean to brand it. In our contemporary era, it's easier to sell music if you fit a specific trope, a specific genre.

In This is Us, Spurlock didn’t stray too far from using cinema verite – an idea of just being there to witness what is going on around them -- and arguably, you can’t get more authentic than that. We see the boy’s mucking around, playing pranks, running away from their manager (reminiscent of the Beatles' A Hard Day's Night), and basically acting like “normal everyday” boys. They aren't normal of course, which raises the question about “acting” like normal everyday boys.

The apparent cinema verite continues throughout the film, except when the boys talk to the camera as if it were their secret diary, very much a 21st century trope from television shows (think The Office, Modern Family).

There is the illusion the film demystifies and authenticates the band’s world, but at the same time they have constructed it in a way to grow the aura around them – as the audience can still not determine who the star really is, but just identify the generic “secrets” the band have told us along the away. This opens up the market for a second film, of them in concert as there was little of that in This Is Us.

With the shift to the new director, Paul Dugdale -- who has previously conducted live concert films for big acts like Coldplay (Live 2012), Adele (At the Royal Albert Hall) and The Rolling Stones' Sweet Summer Sun – we can expect Where We Are will follow similar concert-film lines.

The technological advances in our culture today make the worldwide hysteria about these five boys in One Direction possible. The circulation and distribution of the internet, the global media hype, and the ability to follow the band on social media all contributes to the branding of One Direction.

But much of it is audience manipulation, and film is the idiom which can do that best. It is all image and very little “reality”, as Madonna's nakedly self-aggrandising Truth or Dare ('91) illustrated.

There is an alleged need for documentaries like Where We Are and This is Us, so we can try understand the band as “ordinary” and “people like us” but what we can find is a construction of the band being something distinct and special, no matter how good their pranks are, or how far they get from running away from their manager.

Given his previous work, director Dugdale has his reputation to uphold.

Susan Epskamp is a self-described wanna-be music journalist and the person in her group of friends who always gets a weird look when she chooses a song to listen to. She says she aspires to be more like John Lennon in her style of writing, "quirky, but deep and meaningful". Her previous work at Elsewhere is here. 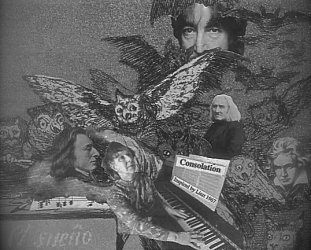