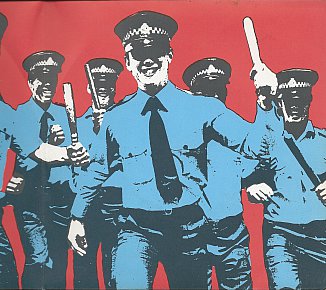 The story of political song in New Zealand is a mixed one. It goes from almost nothing to a flood to a trickle.

For much of the history of popular song in New Zealand we simply did not make political statements in song – with very rare and sometimes accidental exceptions. Two of those exceptions are amongst the biggest hits of their eras and one was a definite pointer towards the subject of much of the protest music made in New Zealand during the Eighties.

This was the Howard Morrison Quartet's Sixties smash My Old Man's An All Black, which, as the inevitable quartet humour fades stings with "Fi-fi-fo-fum – hey Howie" "What?" "There's no horis in that scrum", thanks to Gerry Merito who allegedly incurred Howard's wrath and ensured that radio in NZ faded the song early.

A decade on John Hanlon's Damn The Dam, written as an advert for Pink Batts, became a green smash and the theme for the anti-Manipouri protests. 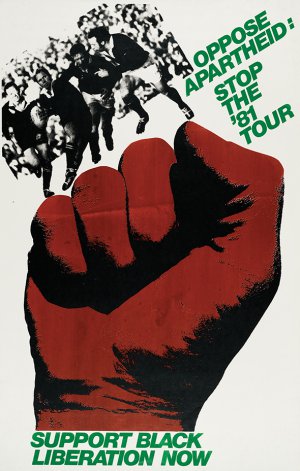 However it took four oft-intertwined things to give full voice to protest music in our land. The first of these was the rising Māori land rights and consciousness of the Seventies and in particular the Bastion Point occupation and clearances. The second was the anti-nuclear movement and the wider cold war, which was in full swing in the Eighties. The third was punk and the associated rise of indie labels. The fourth was the 1981 Springbok Tour.

All of the above crushed together into a hothouse of musical rebellion that began tidily around 1978, the date the Wellington Media Collective was formed, and thus when we start our WMC overview discussion NZ Music and Activism at AUT's St Paul's Gallery on Tuesday at 6pm (see poster below) .

In February 1978 the first New Zealand punk record was released. Megaton by The Suburban Reptiles – perhaps more of a statement of fatal nihilism and nuclear despair than a protest record -- it nevertheless drew a line in the sand of sorts. The same band were playing live SIS, a song about the impending surveillance state which has currency today. Unrecorded, it was intended to feature just vocals and layered typewriters clattering to a crescendo.

Meanwhile in the same town, the kids who had done part of their growing up at Bastion Point had changed their name to Herbs and were no doubt amongst the crowds who witnessed Bob Marley change everything in New Zealand that hot afternoon in April 1979. 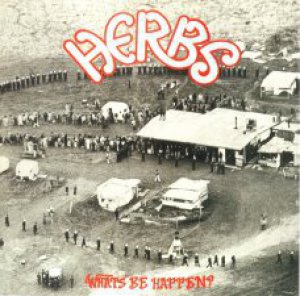 Another punk band, The Scavengers, would also record Another Brick In The Wall in mid 1978 although it would not see release until the Nineties, and Toy Love's debut single in early 1979 was the caustic and sneering Rebel, targeted at a comfortable and aspiring middle class.

However it wasn't until 1981 when strands came together and a flood of protest hit our stores, all of it on the new rush of independent record labels.

The opening track Azania (written by Ross France whose own band Diatribe would contribute Gift Of Cruelty to Merita Mita's film Patu) showed solidarity with South Africa's anti-apartheid movement in a month when the Springboks arrived and the nation erupted. 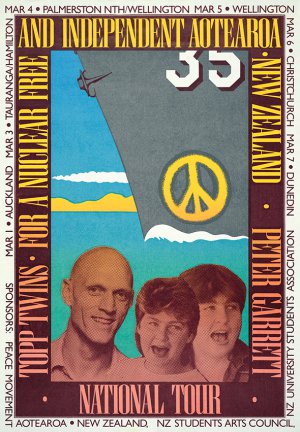 July also saw the release of Blam Blam Blam's anthemic There Is No Depression In New Zealand and, a little later, although it was already all over student radio, The Newmatics' Riot Squad (actually written about a violent police raid on a gig in April but perfect for the occasion).

These three songs became the soundtrack of the protests, and were sung nationwide by those marching and standing in the street confronting the long-baton wielding arm of the authorities, ingrained as no other New Zealand songs had ever been before in a street political movement.

Wellington's Riot 111, led by anti-tour Marshall John Void, would then issue the uncompromising 1981 in September (it would chart on the second pressing in October).

It was built around the noise, chants and hakas of the tour protests. 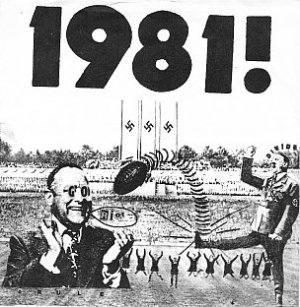 Between them all they helped launch a decade of protest songs that included at least half a dozen singles from Herbs (with French Letter, Parihaka and Sensitive to a Smile all charting highly), several cold war anthems (Soviet Snow from Shona Laing and the Blams 'Marsha' amongst them), The National Party's (actually Blam Blam Blam) Don't Close The Schools, the 1985 anti-South African tour No.2 hit Don't Go from the collective (which included Don McGlashan and Chris Knox) Left, Right and Centre . . .

There was also a string of increasingly clenched-fist Māori rights recordings from the likes of Aotearoa, Dread, Beat and Blood and others, often released on Jim Moss' Wellington indie Jayrem Records, and No Tag's What a Great C(o)untry This Is. 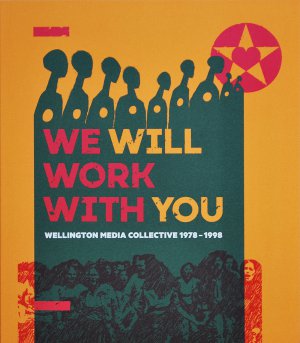 There was even a record from a National MP when Marilyn Waring issued a cover of John Lennon's Working Class Hero – released shortly before she helped bring down Rob Muldoon's odious government.

Dalvanius Prime and the Patea Māori Club's Poi-E was a protest song in its own class – sung entirely in te reo.

It was number one and in the charts for months and months, and lifted the awareness of the language (and the wider acceptability), paving the way for records like Moana's 1991 hit AEIOU.

Moana, herself originally signed to Dal's Maui label, would lead a new generation of politically aware Māori into the stores and charts. 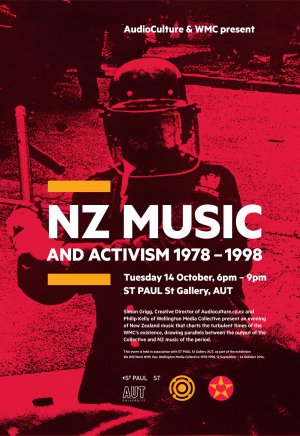 And then we have the Upper Hutt Posse: DLT, D-Word, Teremoana, MC Wiya, MC B-Ware and Acid Dread's 1988 debut E Tu, which remains one of the most militantly astounding records ever recorded in New Zealand and despite its raw recording and age it manages to retain much of that some 26 years on.

For reasons that remain unclear, it was increasingly up to young Māori and Polynesian to carry the mantle of protest into the next decade, on labels like Tangata and Southside, and acts like Dam Native, Southside of Bombay, with their number one hit What's The Time Mr. Wolf from the Once Were Warriors soundtrack, and the Upper Hutt Posse releasing records that were as uncompromising as anything from the previous decade.

Despite the presence of a National government and dire economic times, including benefit slashes, most rock and roll bands seemed content to retreat into more conventional lyrical themes and have remained there.

Our period ends in 1998, which allows us to include one of the most significant protest records ever recorded in New Zealand, Darryl 'DLT' Thompson and Che 'Fu' Ness' smash, the extraordinary Chains:

"Come test me like a bomb straight from Mururoa
How comes I got Cyclops fish in my water
A nation of Pacific lambs to the slaughter
Three eyes for my son and an extra foot for my daughter
Gifts from a land that I don't even know
I was too slow, to even see that escargot
You say I'm all blow no cash exchange I didn't lie
There's a picture of me in the dictionary under "French Fry"
no racism I'm out for who's in charge
I'd like to lay a fat cable in their backyard
Too far they've gone now
I'm radioactive strong I just walk past the switch and all the lights turn on
No "last dragon" just left my bones exposed
Didn't reach no final level yet my body still glows
Why do you wanna annoy, nuclear boy with your toy . . ."

Simon Grigg is sometimes termed an industry veteran, something he finds an uncomfortable tag. As a teenager he formed and managed one of NZ’s first punk bands, moving on to his labels Propeller and huh! where his signings included The Screaming Meemees, Nathan Haines, Blam Blam Blam and OMC – who gave his label a global number one with How Bizarre.

In 2014 he heads the on-line site AudioCulture; The Noisy Library of New Zealand Music and can also be found at http://www.simongrigg.info

For information on the Wellington Media Collective see here.