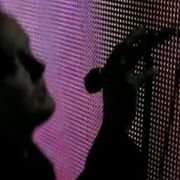 Music and the performance of music are to me a public communion of grace; to share, collectively, in some form of majesty beyond self, of pure surrender and release. Obviously in a post Covid-19 world the luxury of congregation has been temporarily removed from us but Music’s facility to engage multiple minds via the recorded medium means that we can still share and connect.

Within this philosophy of communion I've been drawn to the idea in music of non vocal emotional expression, more specifically in my application, guitar solos. They're fascinating things and the wider public all agree on the great solos.

And in many instance the top of that list is occupied by Dave Gilmour's solo on 'Comfortably Numb' - what is it about this solo that resonates with so many people?

I have an indelible memory of my first real emotional response to a piece of music: I'm 15 years old, its the end of lunch time and I'm listening to The Wall on my Walkman that I brought to school.

Here I am crossing the quadrangle with a thousand boys running in every direction as the bell goes for 4th period and that 2nd solo hits. I'm rooted to the spot and when he hits that high note the tears just start streaming down my face.

I've often pondered that moment and dissected it to understand what occurred, what the trigger was and I have come to the conclusion that for me it is the sound of self-actualisation, as Katherine Mansfield said, 'to be all that you are capable of being.'

I imagine a 15 year old Dave Gilmour listening to his Shadows records or whatever and hearing in their musicality a form of expression hitherto unavailable in the context of his own upbringing; the facility to move into a pure realm of emotion beyond semantics. That solo is ascent of Everest.

Throughout my entire recording career I believe I have subconsciously and in many instances consciously censured myself from that form of non verbal emotional expression. As my teen-age self evolved so did my musical tastes.

Just like many guitar players of my generation I traded in my inherited love of Dire Straits, Pink Floyd, Peter Green etc. for music more in line lyrically with my emotions: The Smiths, The Cure, The The et al.

And while those bands have undoubtedly brilliant guitar players there is a real focus on arrangements and texture for the vocal rather than pure moments of expression via the instrument. Obviously that's a blanket statement that doesn't carve out things like 'From The Edge of the Deep Green Sea' or 'The Kiss" etc. but I think you get my point in regards their general disdain for the 'guitar solo'.

Lyricists like Robert Smith and Morrissey were my introduction to poets like Shelley and Auden, much like Jimmy Page was my intro to Bert Jansch and all the great British finger style guitar players.

So heading into my musical career which began in earnest in the heart of indie guitars in Dunedin there was general acceptance that guitar solos were off the menu and I knuckled down on working on both my songwriting and my vocals.

I never stopped playing the guitar in that way but it had no public airing and my love of technique and intricacy naturally fell towards finger style guitar.

I take my New Year's Resolutions very seriously and I'd been building up to this one for a while: to give up alcohol for one year.

Like many men of my age my drinking career began roughly around 16 and I'd say there haven't been many days since I left home at 17 that I haven't had a drink. As my musical career took off so did the drinking. The venues I was playing at were primarily (if not all) bars and pubs and I toured pretty much non stop for 10-15 years so do the maths...

Its also a form of social lubrication as people gather so if it wasn't my gig it was someone else's or an industry showcase... Its an endless cycle and by that New Years any sense of reward was negligible, it was more about entitlement and the growing sense of self loathing and health worries it had come to manifest itself as.

Being a husband and a father creates another lens through which to see yourself and to forecast your journey. I didn't like the forecast so I pressed the reset button and stepped into 2020 sober.

It’s a bit like going on holiday in your own life.

I frequented the same spaces and attended the same events but rather than being caught in the slipstream of it all I could stand on the riverbank and observe. It also afforded me a level of objectivity around my own expression. As always I worked on multiple theatre shows and bigger productions like the World of Wearable Art and I poured my complete attentions into all of them.

I made another Impending Adorations album and followed it with a collaborative EP, examining my life in regards the events and people within it.

I still wasn't looking at myself and it was still academic. 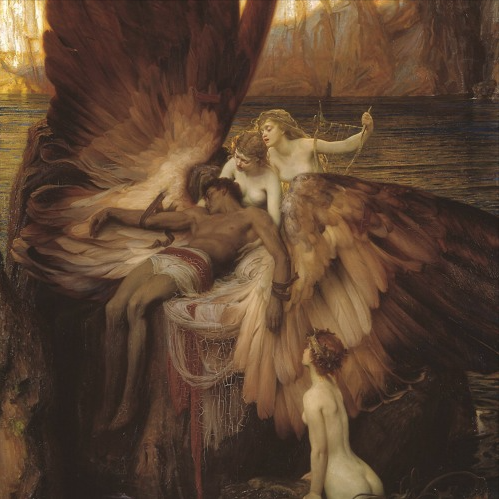 It’s difficult even choosing the words to convey where the idea of a new Gramsci album Inheritance came from.

I woke up one morning in Wellington in the midst of production week, away from my family, with pretty much the whole thing in my head and a very deep understanding that I would be reclaiming the electric guitar as the fundamental tool of expression.

The epiphany is that a huge part of my expression is via this instrument and I have never accessed it on record. In many ways its a truer reflection of self than words and I don’t think I had ever embraced that for what it is before. The guitar can pick up where words leave off and it can leave them behind altogether.

I have to credit my new band mate, producer extraordinaire Greg Haver for his encouragement throughout, and also his incredible drum performances.

The basic premise of all the songs is the idea of personal mythologies.

We grow up surrounded by them; the stories we pester our parents, aunts, uncles, grandparents to tell us of our shared pasts, our family mythos. It’s through the telling and framing of those tales that we develop in accord our personal philosophies of life. There's a certain point of evolution within your existence in which you realise you have enough history of your own to have created your own myths and legends. I’d say that the fundamental difference between myth and reality is generally the absence of truth. We frame our stories to help us navigate the idea of ourselves and to model the avatar which we want to present to the world. There is no doubt I had wrapped up my own dependence on alcohol in a rock n roll fantasy.

The history of music is littered with examples of romanticised individuals who embody that trope, superstar casualties who have walked ‘the Path of Excess to the Tower of Wisdom’.

Sobriety helped me recognise that truth is more important than myth in matters of the heart because trust is the foundation of love.

This album is the recognition, acceptance and defeat of my own demons, the traits, strengths and weaknesses I have inherited via blood and circumstance. It’s a personal examination not a diary and its me trying to get back to that kid standing in the middle of thousands of lives all headed in different directions rooted to the spot by what his instinct recognises as truth.

Truth before all the bullshit.

Paul McLaney is an Auckland musician who has released albums under his own name and as Gramsci, as well as with the Avalanche Trio. He is also one of the people responsible for this enjoyable hoax.

He has also released a series of electronica albums in the Impending Adorations series which he wrote about for Elsewhere here.

His new album with Gramsci, Inheritance, is reviewed at Elsewhere here. 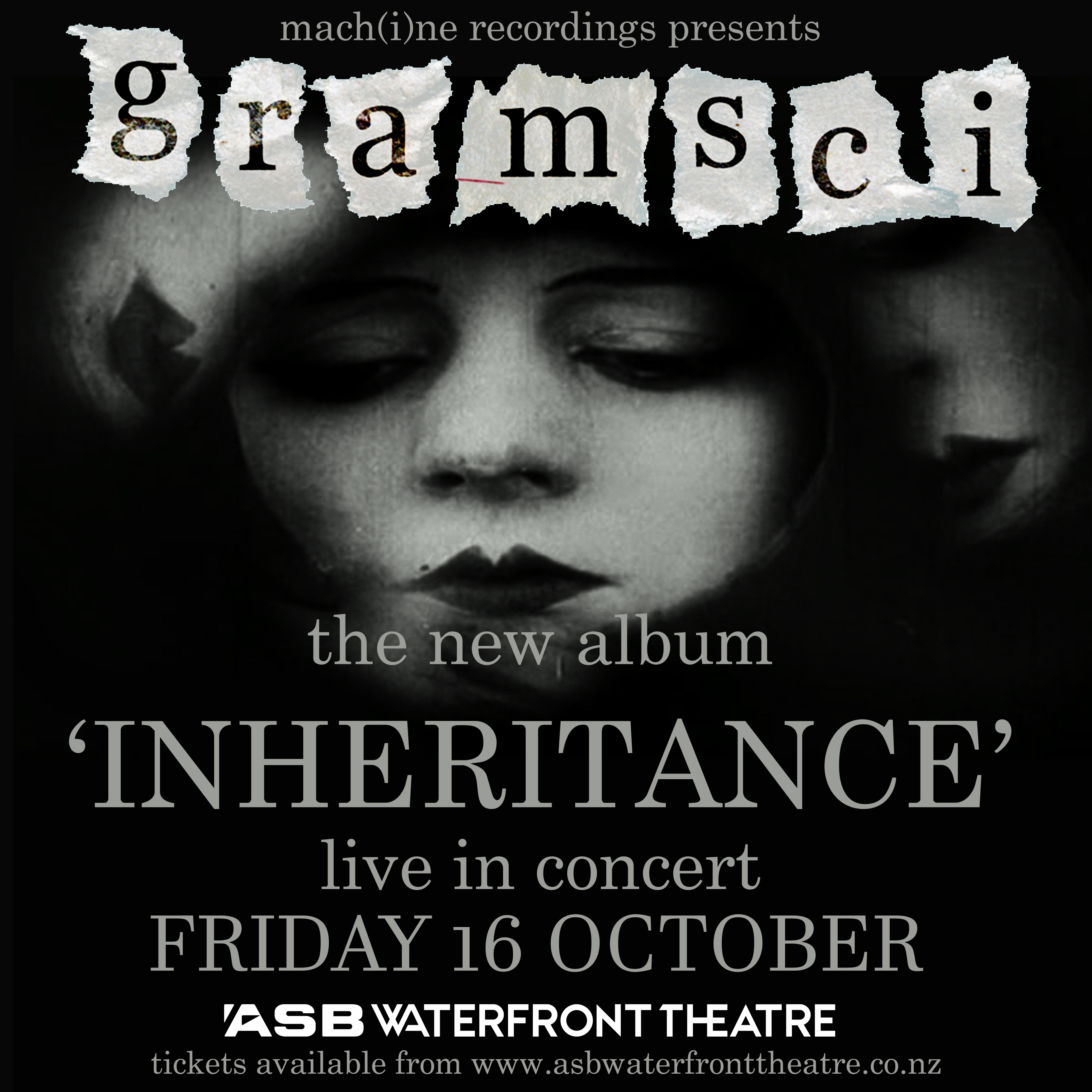 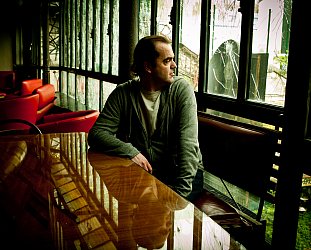