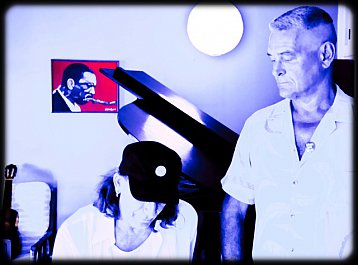 Jeez, where to begin with these two? The pocket edition story of Trevor Reekie would mention he spent time in the UK in the Seventies, back in New Zealand in the Eighties he played guitar in and produced the innovative electro-pop outfit Car Crash Set, helmed Stunn then Reaction Records (producing the Mockers aong others), founded his own Pagan Records which gave a first start to Bic Runga, Shihad, Greg Johnson, Merenia and released Shona Laing's seminal Glad I'm Not I'm a Kennedy among many others), has done innumerable and invaluable radio programmes, played in Greg Johnson's band for a decade, recorded as Cosa Nostra and Trip to the Moon, something about his Antennae label . . .

Bassist, producer, teacher and musical director Tom Ludvigson was in Bluespeak (alongside Johnson), founded the Inner City Jazz Workshop in Auckland which gave an outlet to creative talent outside the mainframe, has been in too many studio sessions and on stages to mention, done more than half a dozen film scores, been a fellow traveler with Reekie in Trip to the Moon over half a dozen albums . . .

Yep, far too much to mention, so let's not and on the occasion of the release of the new Trip to the Moon album The Invisible Line  just flip the Famous Elsewhere Questionnaire to them and let them tell their own story . . .

Trevor (left in photo): The album I first bought was a 2nd hand copy of ‘Mean Woman Blues’ by the Spencer Davis Group. Still got it. Scratched on Fontana.

Tom (right in photo): Little Richard doing Long Tall Sally. I went out and bought the EP only to destroy it with my parents old gramophone intended for 78s…

Trevor: Chet Baker - All my role models are dead junkies..I most admire the dedication to ‘figuratively’ and ‘literally’ score and the ‘commitment’ it takes to get what you want. Exactly he same pre-requisites one needs in the music business.

Tom: Hank Marvin of The Shadows – that lipstick red stratocaster and the Binson echo on muted strings. I was into lead guitar in a big way.

Tom: Lennon, Ramones, Gaga and Jacko covers all the bases.

Trevor: A broadcaster … but even tho music still denies me, that ain't the point. It’s not what you get for one’s music, more what one becomes by one’s music. There was no other alternatives.

Tom: Adventure travel and writing for income. I love spending time in the periphery, wild places away from the main stream.

Trevor: My Raagini. Most expensive ‘tuner’ I ever bought.

Tom: A Sequential Cirquits “T8” electronic keyboard – the pinnacle of old-school analog synthesizer technology before it all went digital, featuring weighted wooden keys. It plays like a dream. 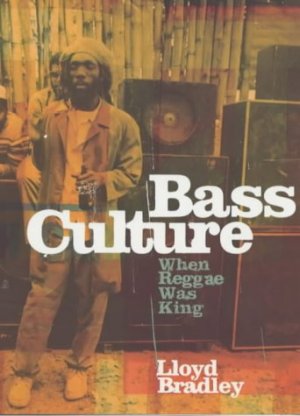 Trevor: ‘The Big Payback – The history of the business of Hip Hop’. By Dan Charnas. More about the machinations of the music business than music. Invaluable. 2nd choice. Chris Bourke – Blue Smoke.

Tom: Bass Culture – all about Jamaican music from Mento through Ska, Reggae and Dub to Dancehall. A great read.

Tom: Herbie Hancock. I would watch and listen.

Trevor: Because I have a severe case of attention defecit, I need continual clarification on any movie I see.

Tom: A bit of Scandinavian humour might help, like Cool and Crazy (about a Norwegian backblocks choir) or My Life as a Dog.

Tom: Fever (Amazing – we picked the same song independent of each other!)

Trevor: The original painting of Danse Macabre’s album art ‘Last request’ . The painting is by best mate Roger Guise. Its been on my bedroom wall for decades. 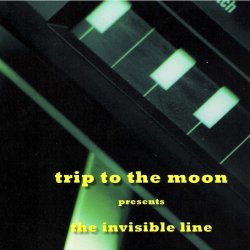 Trevor: Staring at the point of my shoes in Thailand

Tom: In Fiji, relaxing on the beach with my sweetheart

Trevor: Because Graham Reid told me it is.

Tom: ‘Cause we keep getting better and better at what we do. Just wait for the next one! 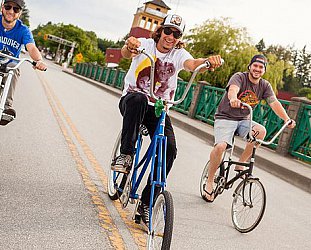 Quite how and why the rocking Canadian three-piece OFOF would tour New Zealand (see dates below) and play for free is an interesting question. But not one we need trouble ourselves with.... > Read more 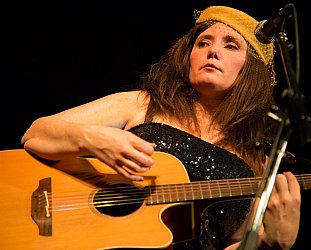 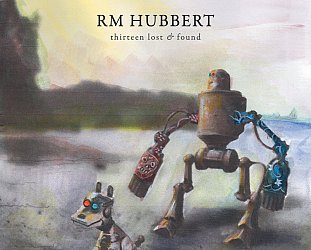 Okay, here's what you need to do. Just play the posted track, shut your eyes and try to pick where you think this piece might have come from. Don't read on. If you've done that and... > Read more