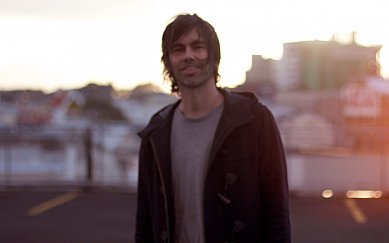 Mild-mannered architect and designer by day, pop star by night?

Sort of because Gareth Thomas of the off-on again Goodshirt has his own design company but has just released his excelent second solo album Fizzy Milk (and the day-job explains the natty cover art).

We invited Thomas to share some of his design work with us (see here) but also felt -- because it's a terrific album and he's a smart cookie -- we should also invite hm to see what he made of our Famous Elsewhere Questionnaire.

And unsurprisngly, he is very very interesting in his answers.

Check out our Fizzy Milk review here, but also read on . . .

Ok this is embarrassing. A line from one of my dad’s country compilation records would float around in my head for days. It was Lynn Anderson singing “I Beg your Pardon, I Never Promised You a Rose Garden”. It blew my 7 year old mind. It rhymed. I counted the syllables. It didn’t rhyme like the regular rhyming patterns that our teacher was showing us. I soon discovered that she wasn’t singing about being a gardener either, it was actually way of talking about something else, something bigger.

I was always impressed how my dad could play anything on the ukulele and my mum could play a boogie boogie riff on the piano. But, my dad’s record shelf was one of the most inspiring things ever. I worked my way up through the corny country compilation records. As I worked my way upwards the artwork had me perplexed. It all felt a bit forbidden because there was all this psychedelic imagery, pictures of ladies not wearing much at all, adults dressing up in shiny suits (which I later realised was the Jimi Hendrix Electric Ladyland and Sergeant Peppers Lonely Hearts Club Band).

I discovered The John Lennon Collection up on one of the top shelves. I wasn’t allowed to put the needle down on this one myself. I could hear that there was a very familiar sound on this record, it was the sound of a piano. Suddenly the old piano in the lounge wasn’t a dusty old piece of furniture, it was an enchanted chamber of secrets. I wanted to learn the ways of the piano.

I work in architecture by day. Though, as far as professions go, being an architect is another labour of love that isn’t very stable either. If I lost my hearing I’d probably start off again as an illustrator to fill the gap.

“The Ride of your Life” by Voom. It just effortlessly says so much. “Swim and Sleep Like a Shark” by Unknown Mortal Orchestra. A perfect piece of indie pop; complex but clear, earnest and completely engaging. “All This” by me. I'm particularly proud of this one because it’s a live one-take recording that goes where I didn’t expect it to go.

I found a lovely old Wurlitzer Piano. It is exactly the same age as I am, though when I found it, it had missing legs, missing teeth and a missing knob. I restored it completely. It has become one of my favourite companions. I play it every day. “This Is Your Brain on Music” Daniel Levitin.

The last CD or vinyl album you bought was. . . (And your most recent downloads include...)

I just checked my download history and it’s full of reference songs I bought for the “Fizzy Milk” album mix and master! It includes Toots and the Maytals' “Pressure Drop” , Spoon’s “Don’t you Evah”, Miike Snow’s “Paddling Out” and Stevie Wonder’s “Boogie on Reggae Woman” Besides that, my recent enjoyment purchases have been Devandrah Bahnhart's “What Will We Be” and Unknown Mortal Orchestra’s “Multi Love”. “Sophie” [by Goodshirt] paid off my student loan - she’s very welcome to continue helping me along!

It made me feel so good to see the first Goodshirt album release poster plastered across town back in 2001, I got it framed and now it’s actually on my lounge wall. It says “GOOD” “the debut album” white on a deep orange background. Silhouettes of all three mountains that I've lived under, Kau Kau, Taranaki and Rangitoto, like sergeant stripes on the inside of my arm.

Recording music with my friends

I’m the happiest I’ve ever been, and it comes through in the music 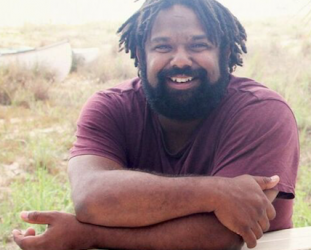 Australian duo Busby Marou – Tom Busby and Jeremy Marou – are the breezy sound of summer. So much so that they hosted their own One Hot Night festival in Queensland. They've been... > Read more

Canada-born Tami Neilson has been a longtime Elsewhere favourite for her unique blend of classic and traditional country with originals which have a contemporary spin. She has won the country album... > Read more