Accordion player Jamie Smith has taken his version of traditional Celtic music from Wales (with contemporary influences) to concert halls and outdoor stages all over the world in the past two decades with his band Mabon.

The band's sets are energetic – Elsewhere caught them at a Rainforest Festival in Sarawak in 2014 –and they bring a number of easily assimilated world music elements into play.

They have recorded half a dozen albums and although they will be largely unfamiliar in New Zealand they will doubtless win over the crowd when they play the Womad in Taranaki in 2019.

Sharon Shannon (teenage me: “so how do I learn to play like that then?”)

Your first appearance on stage before an audience was . . .

Sidmouth Folk Festival, England, aged 4 (And you were how old?)

in a field of midges

The Lord of the Rings.

What could be more important?

If you could get on stage with anyone it would be . . . And you would play?

Muse. My tune, The Accordionist’s Despair, in which I reveal myself as the accordion god of rock that I truly am.

The Fellowship of the Ring/The Two Towers/The Return of the King. You now understand me completely.

The verdant valleys of Wales. 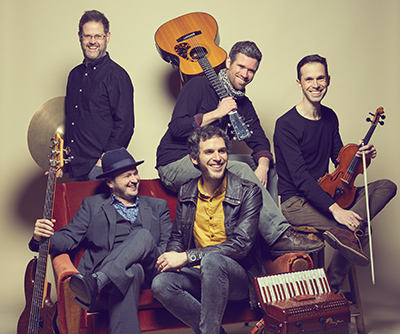 John Mayer, for honing his craft to the point of perfection.

Your favourite meal to share with friends would be …

A few hours a week if touring and family life allow!

I’d probably waste most of that time dithering over what to do. Then I’d start panicking. Then I’d read Lord of the Rings.

I’d like to experience performing in front of a stadium full of people, just once. So if Muse are reading this… 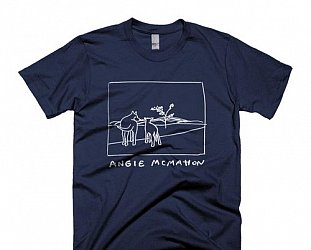 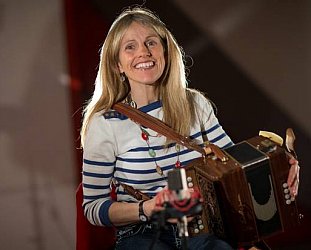 American John Scofield has long been one of Elsewhere's favourite jazz guitarists . . . and not just for his playing. His song titles -- chosen by his wife he told me once -- can be pretty damn... > Read more